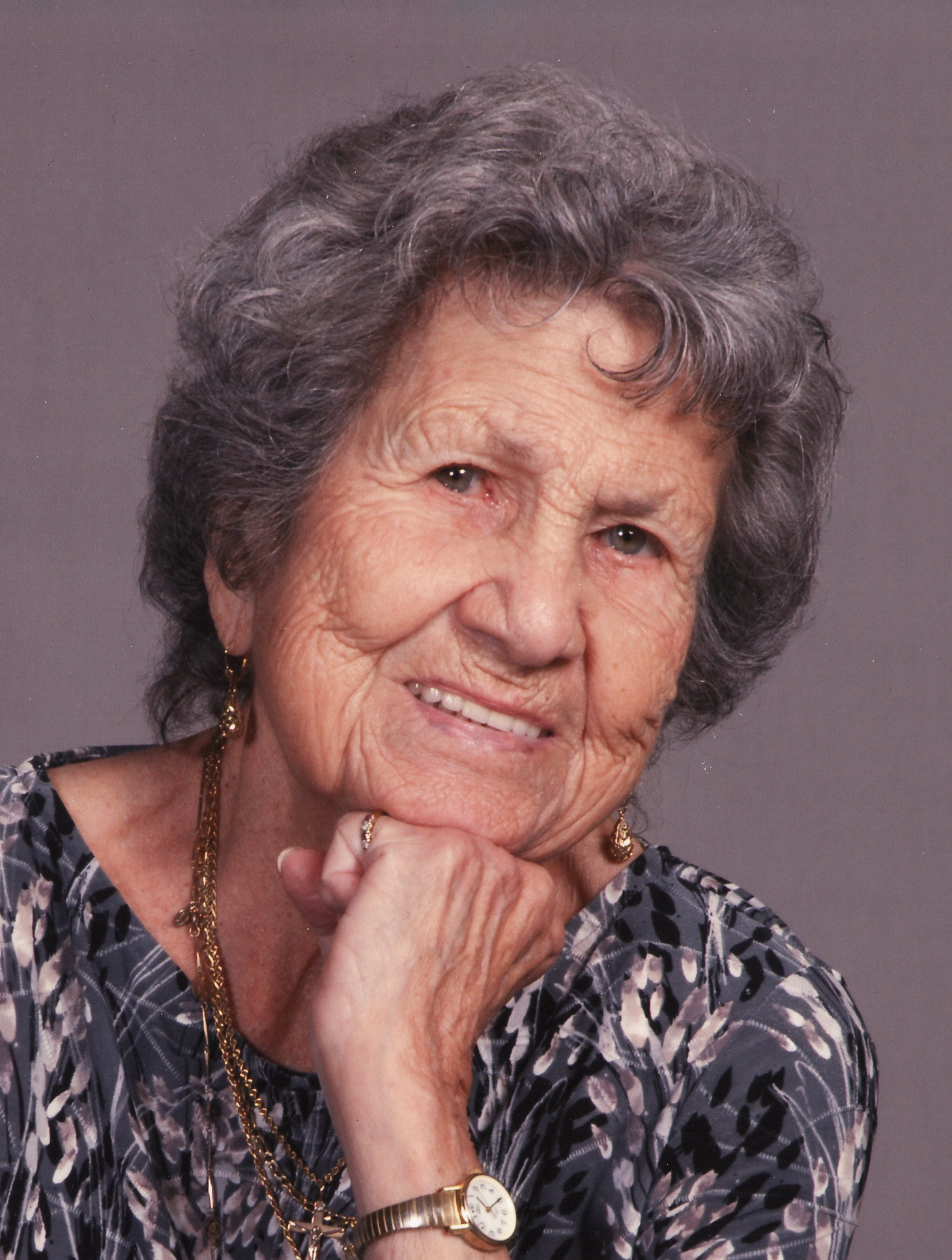 Sylvia was born in Tunapuna, Trinidad, BWI, daughter of Joseph and Mildred (Waite) Flook. She attended Holy Name Convent.
She was known by many loving names. Tivvi, Syl, Auntie Syl, Mom, Mama, Grammie and GG. Her long, curly black hair and hazel eyes, her sharp sense of humor, honesty, faith and loving spirit shone out and captured the heart of a young, handsome soldier Joe Lucas, an American stationed in Trinidad. They were dazzling together and on February 15, 1947 they married and as a young bride she came to America. Everything about the U.S. was new, exciting and a little overwhelming to this island girl but she jumped right in learning to cook her first meals and learn the 'Yankee" way of life. She and Joe made their home in Sacramento and loved to go out dancing. They were amazing on the dance floor. They were married 67 years until Joe's death. They were the love of each other's lives.
Together they raised seven children, Sylvia working at the Telephone Company as well. Sylvia loved to cook for everyone and, while growing up, her children could always bring friends in unannounced and she would put out more plates and welcome them to the table. Her home was always open and she would often find a few kids staring into her refrigerator looking for food.
Sylvia studied at Cabrillo College and became a CNA. She started working at nursing homes and later as a home health care worker. With her loving, caring heart and gentle hands she cared for several seniors in their homes. She loved them all and they loved her.
In 2002 Sylvia was chosen to run a leg of the route carrying the Olympic Torch through Santa Cruz wearing the official Olympic suit. She was overjoyed and honored to have been chosen. In 2008 Sylvia fulfilled a dream and became an American citizen. She was so proud to stand, raise her hand and recite The Oath of Allegiance during a formal ceremony. She solemnly cast her first vote that year.
Sylvia loved to garden and her tomatoes were her specialty. Roses flowered in her garden under her careful tending. She was deeply religious in her Catholic faith, attending Mass regularly. She and Joe were a part of the building of the new Resurrection church in Aptos and were also Eucharistic Ministers. Sylvia also handled scheduling the lectors each week and did readings herself in her beautiful accented voice.
Sylvia was a beautiful, generous soul and loved by all she touched. Her gentle hands held babies tenderly, guided and aided patients in her care. She held her children's faces and kissed them dearly. She worked hard at every task that came her way, no complaining and setting an example for her children, grandchildren and great grandchildren.
She was a gracious lady full of love, compassion and humor. She will be greatly missed but we all feel blessed to have been in her life. She was amazing!
Sylvia is survived by her children Cheryl Vessey, Michelle Brown, Alan Lucas (Trish), David Lucas (Kat), John Lucas (Laura), Anne Carlson and Michael Lucas, grandchildren Katy, Maggie, Lucas, Jeffrey, Heather, Nils, Alma, Jeorge, Michael, Sam, Zoey, Abby, Micah, Drew, Amie, Krystina and Kit and great-grandchildren Ove, Trinidad, Rio, Charis, Victoria, Ariana, Halle, Joe, Umi, York, Maya, Nola, Sofia, Fiona, Kyanna, Jalony, Mayleigha and Bella. Sylvia is also survived by her sister Isabel Flook. She was preceded in death by her beloved husband Joe.
A Viewing will be held on Thursday, Feb. 6, 2020 from 3:00pm to 6:00pm followed by a Vigil Prayer Service at 6:00pm at Benito & Azzaro Pacific Gardens Chapel, 1050 Cayuga St, Santa Cruz, CA. A Mass of Christian Burial will be celebrated at 11:00am on Friday, Feb. 7, 2020 at Resurrection Catholic Church, 7600 Soquel Dr, Aptos, CA. A reception will follow. A private inurnment will take place at Our Lady of Mt. Carmel Cemetery, Aptos, CA
In lieu of flowers contributions are preferred to Knights of Columbus Council #9580, P.O. Box 2322, Aptos, CA 95001 or to Tres Pueblos Post 7263, Veterans of Foreign Wars, 2259 7th Ave, Santa Cruz, CA 95062