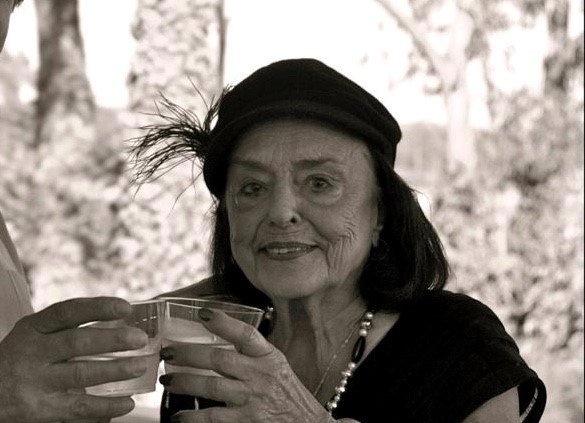 Jeane Kathryn Coleman Sheldon passed peacefully at 93 years old on February 21st, 2019 in San Diego, CA with her grandson Michael Harrison holding her hand.  She was surrounded by a close and loving family every day of her life and is survived by 8 children (Doug, Donna, Dana, Debbie, Dennis, Darrell, Daniel, and Mary), 18 grandchildren, and 24 great grandchildren.  Every single one of her children, grandchildren, and great grandchildren cherished and loved her more than words can express.  “Nana” Jeane leaves a legacy of adventure, fun, love, and family closeness that will live on in each generation.  She enjoyed traveling and exploring and always wondered where that road went, and went down it, every single time.  She traveled the world visiting family in Thailand, Japan, Egypt, Europe, South America, and drove across the USA six times in her Volkswagen camper van.

Jeane was born in the rolling hills of Paradise, Kentucky to Ollie May Stom and Jack Coleman and had 4 sisters, Skeets, Jackie, Lillian and Jackie Ruth who all have since passed.  She met her husband Glenn Sheldon when she was 18 while attending nursing school at Fort Knox, KY.  Shortly after WW II ended, they moved in 1946 to Syracuse, NY where the family were all active members of St. Margaret’s Church.  She had one son, Glenn George Jr., in Kentucky who sadly passed away at 6 weeks old while Glenn was serving in the Army in Europe. Her other 8 children were born in Syracuse, where she lived for 25 years.

Jeane relocated with her youngest 5 children in 1970 to San Jose, CA where she finished her nursing degree in 1974 and proceeded to have a long and successful career, retiring as the nursing supervisor at Agnews California State Hospital. During her career she started her own business doing physicals for insurance companies in Santa Clara County, CA.  In 1980 Jeane ran for the San Jose City Council for the 9th District.  She retired from nursing in 1993 and moved from her house in San Jose to her beloved beach home in Capitola where she collected beautiful stones found from long walks, pictures of her family, crystal salters, and enjoyed every single Begonia Festival.  She attended St. Joseph’s Catholic Church in Capitola and as a devout Catholic was in the 3rd order of the Carmelites. She instilled in each family member the prayer of her favorite Saint “…Something’s lost that can’t be found, dear St. Anthony are you around?” and they will all recite it until they too leave this world.

Share Your Memory of
Jeane
Upload Your Memory View All Memories
Be the first to upload a memory!
Share A Memory
Send Flowers