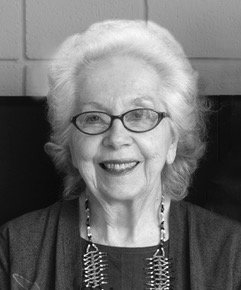 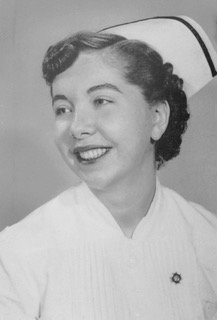 Celeste Rose Phillips, a joyous and strong woman known for her kind and
caring heart, died on March 7 in the home that she shared with her husband of
64 years, Roger Phillips. She had recently celebrated her 86th birthday. In the
past several months, her health had declined rapidly as Lewy body dementia
took over her mind and body.
Celeste was born in Allentown, PA to Erwin and Catherine Nagel (Hahn) on
February 20, 1933. She was proud of her Pennsylvania German heritage and
loved its traditional folk arts and delicious foods. In the 1940’s, her family
moved to Long Beach, CA where Celeste earned a diploma in nursing from
Hollywood Presbyterian Hospital in Los Angeles. After graduation, she
embarked on an adventure to “see the world” with her life-long best friend,
Annie. They planned to work their way as nurses across the country, stopping
first in bustling New Orleans. As fate would have it, Celeste said the luckiest
day of her life was one September afternoon in 1954, when she went into the
hospital pharmacy and met Roger, a pharmacist she described as a “young
man about town”. She fell madly in love with this “handsome southern
gentleman”. They were married in 1955, and Celeste never fell out of love with
Roger. When he suffered a devastating stroke and became permanently
disabled at the age of 58, Celeste dedicated herself to making their lives as
normal and healthy as possible, while supporting the family, and helped Roger
to continue to live a full and complete life.
As newlyweds, Celeste and Roger headed west and drove up the California
coast, falling in love with “sleepy” Santa Cruz and settling down to start a
family. Roger was hired as a pharmacist at Horsnyder’s Rexall Drugstore on
Seabright Avenue, and Celeste began her nursing career at Sister’s Hospital on
West Cliff Drive. After working as a nurse for several years, and with the
support of her husband, she continued her education at San Jose State
University earning both a Bachelor’s of Science and Master’s Degrees in
nursing. Several years later, she proudly completed her formal education by
earning a Doctorate in Education from the University of Southern California.
Celeste was internationally regarded as one of the founders of family-centered
maternity care and the single-room model of maternity care. As a young nurse,
she developed a strong philosophy that the childbearing experience belongs to
the family, not the caregivers. She began her career at a time when birth in a
hospital was too often cold and impersonal, women in labor were heavily
sedated, and fathers were expected to remain in the waiting room. To spread
the concepts of family-centered care to others and help improve birthing
practices, she had a lengthy career as a labor and delivery nurse, a childbirth
and nurse educator, Director of the Cabrillo College nursing program, and an
author of many textbooks and scholarly articles. She received many
professional awards from national and international nursing organizations for
her dedication to the healthcare of women and babies. Since 1988, Celeste
was a principal of a leading women's healthcare consulting firm (Phillips +
Fenwick) that helped over 800 hospitals worldwide to improve maternity care
for women and babies. She proudly continued working with hospitals until
four years ago.
Celeste loved painting, drawing, and engaging in all types of craft projects.
Many of her friends have been the recipient of her hand-painted and decorated
greeting cards. The walls of her home are abundantly decorated with her
framed oil paintings and pastels. In the past several years, she served on the
Board of the Santa Cruz Art League. Celeste and Roger traveled extensively to
all parts of the world, always seeking out adventures that were accessible so
his wheelchair didn’t stop their exploring. One particularly compelling trip was
when they toured Israel and many of the landmarks of early Christianity. They
also liked visiting New Orleans, North Carolina, and “anywhere” in New
England to see the leaves change color in the fall.
Celeste was a loyal and dedicated friend – she always remembered a friend’s
birthday, anniversary, or special day with a phone call or a handwritten letter.
She adored all her grandchildren and was extremely proud of their
accomplishments and the successful adults they have become.
Celeste was a remarkable person, and will be missed dearly by her family and
dozens of lifelong friends and colleagues. Knowing and loving each one of you
was one of the joys of her life.
Celeste is survived by her husband, Roger; brother Ted Nagel (Karen) of
Sonoma and their children Jeffery, Rebecca, and Liz; daughter Catherine Way
(Lawrence) of Larkspur, CA and their daughters Elizabeth and Caroline; son J.
Duncan Phillips (Curlee Petty) of Cary, NC and their children Tyler and Lauren;
grandsons-through-marriage Stewart Way, Spencer (Kristen) and Spencer’s
daughters Brooklyn and Kennedy; and many, many nieces and nephews from
Oregon and California to Louisiana and Georgia.
Celeste will be buried along-side her parents, Erwin and Catherine Nagel, in a
private ceremony at Oakwood Memorial Park, 3301 Paul Sweet Road, Santa
Cruz.
Everyone who knew and loved Celeste are welcome to join our family in a
celebration of the life of this amazing woman, to be held at High Street
Community Church, 850 High Street on Friday, March 29 at 2:00 pm.
A special thank you from our family to Cypress, Lucy, and Tupou for the
extraordinary and loving care they provided to Celeste in her final days. You
will always be in our hearts and prayers. It is seldom in life when you have the
opportunity to meet truly extraordinary people like you. Blessings.
In lieu of flowers, you are invited to make a charitable donation in memory of
Celeste to the Santa Cruz Art League, 526 Broadway, Santa Cruz, CA 95060
or a charity of your choice, or send a card to Roger because he really misses
her.