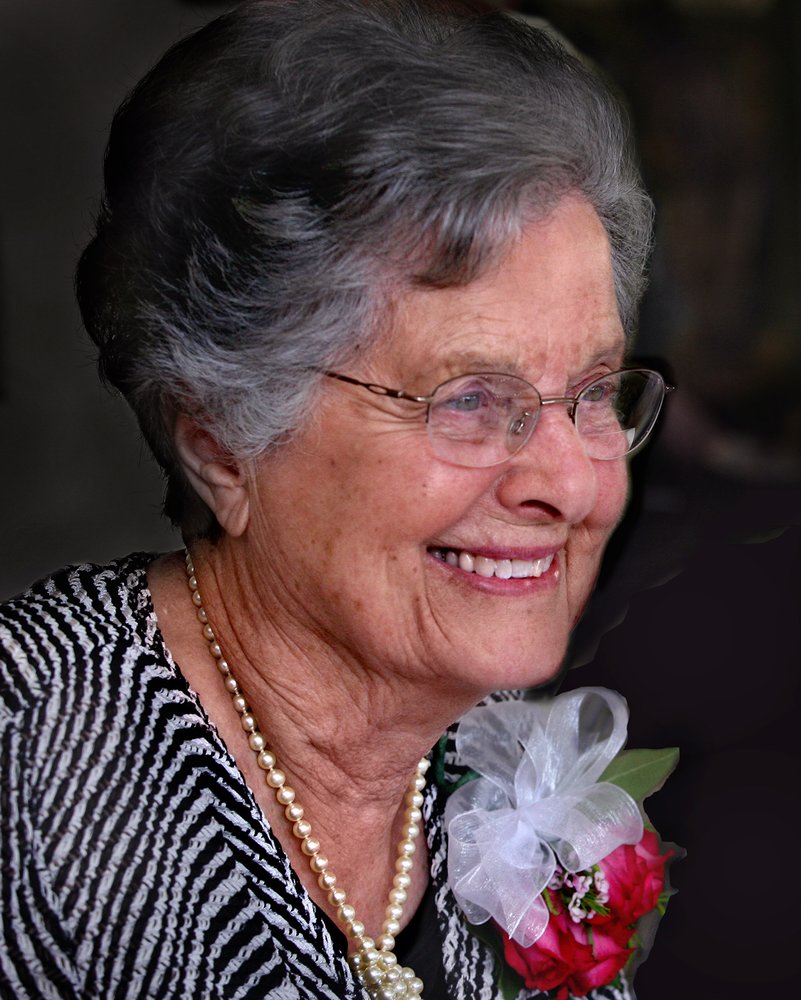 Anna Mary Musitelli, known to her friends simply as “Mary” passed away at her home on Saturday, April 20.   She was 94 years old.   Mary was born in Kentucky, but spent most of her childhood and adult life in the Santa Cruz area, moving here when she was 2 years old.

Mary was a first-generation Italian-American, the daughter of Italian immigrants from Lucca, Italy.  She grew up on the Coast Road (now Highway 1) between Santa Cruz and Davenport in a tight knit, predominantly Italian community.  Mary’s first language was Italian, and she learned English only after going to school.   Mary’s father managed a farm growing artichokes and Brussel sprouts, and Mary’s mother was the cook for the operation, providing 3 meals a day 7 days a week to hungry farm hands.   At her mother’s knees, Mary learned the secrets of Italian cooking.  As an adult, she was known to friends and family for her home-made raviolis, biscotti, and other Italian favorites.    Her cooking also helped earn her the eye of her future husband, Dante, who was a farm-hand for Mary’s father.   At meal-times Dante always tried to sit next to the pretty girl who was a good cook.

Mary attended Laurel School, Mission Hill, and Santa Cruz High, graduating in 1943.  In 1944 she married the young man, Dante Musitelli, who thought she was a good cook.   At the time he was a sailor serving his country in World War II.

Mary’s cooking skills also eventually earned her a job.   In 1962 she went to work for the Santa Cruz City Schools in the cafeteria at Soquel High and later Mission Hill, a job she loved and stayed at until retirement.   She genuinely enjoyed working with the students and teachers and is remembered by many in town as the “lady in the white uniform”.

Mary and Dante were married 72 years at the time of his passing a few years ago.   They raised 2 children, Wes Musitelli of Santa Cruz, and Marianne Musitelli of Klamath Falls, Oregon.   Mary was a kind and loving mother who devoted herself to her children’s welfare above everything else.    She will be remembered as a hard worker, a gracious hostess, a wonderful cook, a loving mother, and a kind, compassionate woman.

She is survived by her children, Wes and Marianne, and their respective spouses, Katie and Cecil, as well as by her sister, Lola Aliberti, also of Santa Cruz, and numerous nieces and nephews.

A funeral mass will be held for Mary at Resurrection Catholic Community on Saturday, April 27, at 11:00 a.m., followed by a luncheon in the church hall.   Friends and family of all beliefs are welcome.

To send flowers to the family or plant a tree in memory of Anna Mary Musitelli, please visit Tribute Store
Print
Saturday
27
April