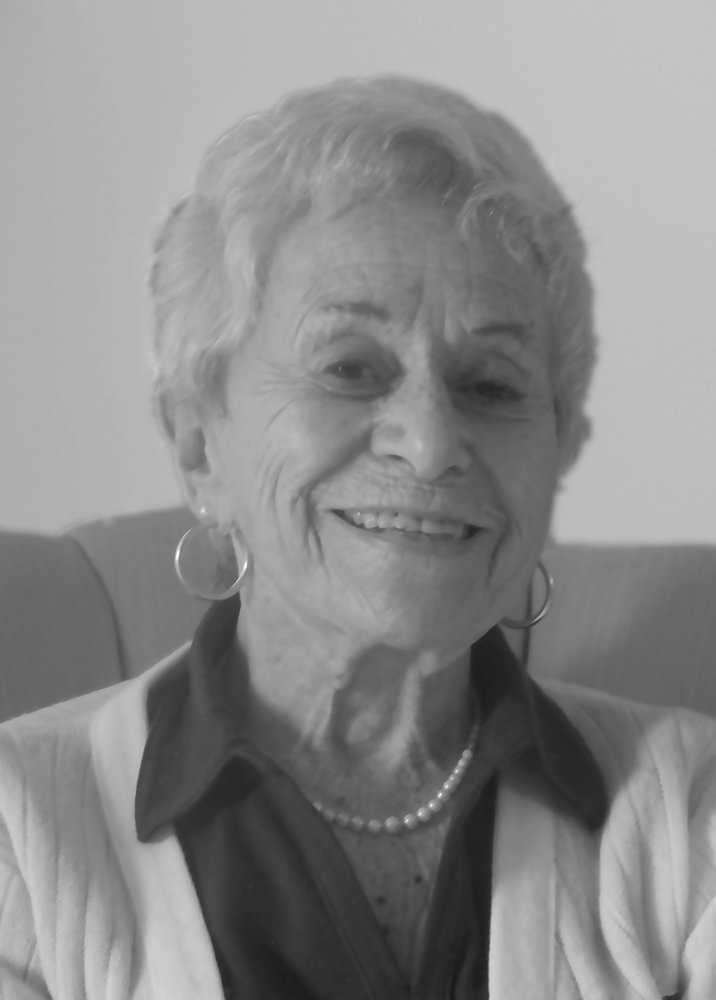 Bleema Pressman Damon died Friday evening, April 26, just five days after celebrating her 102nd birthday. She was active and fully participating in life until Wednesday morning, April 24, when a quick visit to the Emergency Room revealed a heart attack and severe anemia.  She returned to her room at Paradise Villa Assisted Living, where she was under Hospice care and was visited by dear friends and family until her peaceful passing.

Bleema was born April 21, 1917 in Philadelphia, Pennsylvania, to Charles and Bessie Pressman. Her parents were from the Jewish community of Lithuania (then part of Russia), and came to the USA as children. Her father started a printing company with his partners, and worked at it until his early 90s.  He lived until he was 99 ½ years. Her older brother Harold took over the printing company and lived to the age of 97. He helped his sister Bleema financially, especially after her marriages.  Her younger brother Maurie, who died at 90, was a psychiatrist, and help Bleema find medical help during many of her depressions. He also introduced her to the 12-step program.

Bleema graduated from a three-year teacher training in 1938 and had various teaching jobs working with young children. She married Robert Katz in 1941, one week before the Pearl Harbor attack. After the war, Bob and Bleema started their family, with Richard born in 1947 in Boston, Massachusetts, and Barbara in 1950, in Washington, DC. The Katz family later moved to Baltimore, Maryland.

After the children left home, Bleema decided to complete her education, with a bachelor’s and master’s degrees in Special Education from Coppin State University, an historically black college in Baltimore.  After her divorce from Bob, she taught for several years in Maryland, and then move to Philadelphia, where she was a specialist in learning disabilities with the Philadelphia school system.

Upon her retirement, she began exploring the practice of yoga, and made many trips to northern California, where both her children lived. In 1990, at the age of 73, she moved across the country to Santa Cruz, where her daughter Barbara and granddaughter Sylvie lived. She became re-connected to her Jewish roots, with involvement in Temple Beth-El and the Chadeish Yameinu Jewish renewal group under the direction of Rabbi Eli Cohen.

It was at a Passover Seder dinner that she met the man who was to become her second husband, Sidney Damon. They enjoyed seven years of companionship and adventures in their eighties. After Sidney’s death in 2004, Bleema lived at Dominican Oaks for the next 14 years, first in the independent living section, and later in assisted living. For the last few months of her life, she was in Paradise Villa Assisted Living.

Bleema loved to read, to listen to inspiring music, and she followed world affairs. She gravitated to healthy, natural foods and loved nature.  She had a life-long struggle with the emotional demons of anxiety and depression, and yet she was always ready to find the spiritual lesson in the suffering and bounce back, so many times. Her inner strength and light inspired many friends and associates. Her wish was to pass in peace and grace, and her final days, she did achieve that goal.

She will be missed by her son Richard Katz and daughter-in-law Patricia Kaminski, daughter Barbara Nelson and son-in-law Gary Nelson, granddaughter Sylvie Nelson, and nephews, Richard, Mark, Gregg, Brad and Todd Pressman, as well as the many people who have been touched by her friendship.

A memorial celebration of her life will be held at a date to be announced.

To send flowers to the family or plant a tree in memory of Bleema Damon, please visit Tribute Store

Share Your Memory of
Bleema
Upload Your Memory View All Memories
Be the first to upload a memory!
Share A Memory
Send Flowers