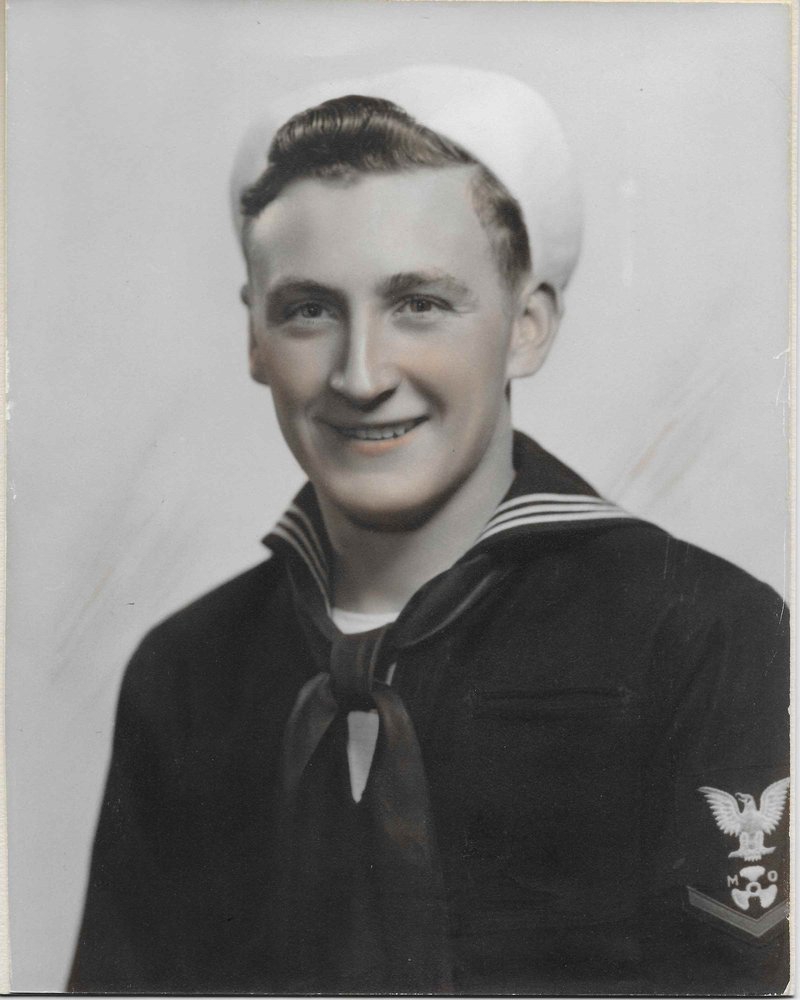 Robert Michael Tracy passed away May 24, 2019 due to complications from a stroke at the age of 94.

St. Patrick’s grade school in Joliet.  Bob joined the Navy when he was eighteen.  He served in the

in Moro Bay he met his future wife, Irene Lohr.  They were married in 1946 at the Santa Cruz Mission.

He was reactivated during The Korean War and served on the hospital ship, USS Repose.  After

discharge, he completed his degree in Teaching at San Jose State.

Robert taught math and science for the Santa Cruz City Schools.  His first assignment was teaching

at Branciforte Elementary, followed by West Lake and Natural Bridges, and closing out his career at

Branciforte Jr. High.  Bob was one of the founding educators for Redwood Glen 6th Grade Outdoor

Science Camp.  Bob’s math skills and love of learning never left him even in his final years.

Robert was active at Star of the Sea Catholic Church.  He also participated in Boy Scouts of America as

a scout master and accompanied two of his sons to the National Jamboree in   1973.

He was proud that all three sons became Eagle Scouts and equally proud of his daughter, Susan, who

was in one of the first graduating classes at the newly established University of California at Santa Cruz.

Bob was also involved with Silver Dolphins Swimming group.  When he was a child the Rock Island Rail

Line rolled near his home, in Illinois, which fostered his life-long interest in railroading.  As a docent, he

traveled on a number of historic trains.  Bob was a fan of the Oakland A’s.  He counted the days down

for the beginning of Spring Training.

of Santa Cruz, and Matthew Tracy of Aptos.  He’s also survived by his sister, Mary Paul of Joliet, Illinois.

Bob was preceded in death by his wife, Irene.  They were married for 64 years.  He was also

preceded in death by his two brothers, Vincent Tracy and Dennis Tracy both of Illinois.

He lived his final nine years at Dominican Oaks where he experienced much support and wonderful care.  Bob’s family cannot express enough gratitude for the attention Bob received at Dominican Oaks  If desired, donations can be made to Easter Seals in Bob’s name.

To send flowers to the family or plant a tree in memory of Robert Tracy, please visit Tribute Store
Wednesday
19
June