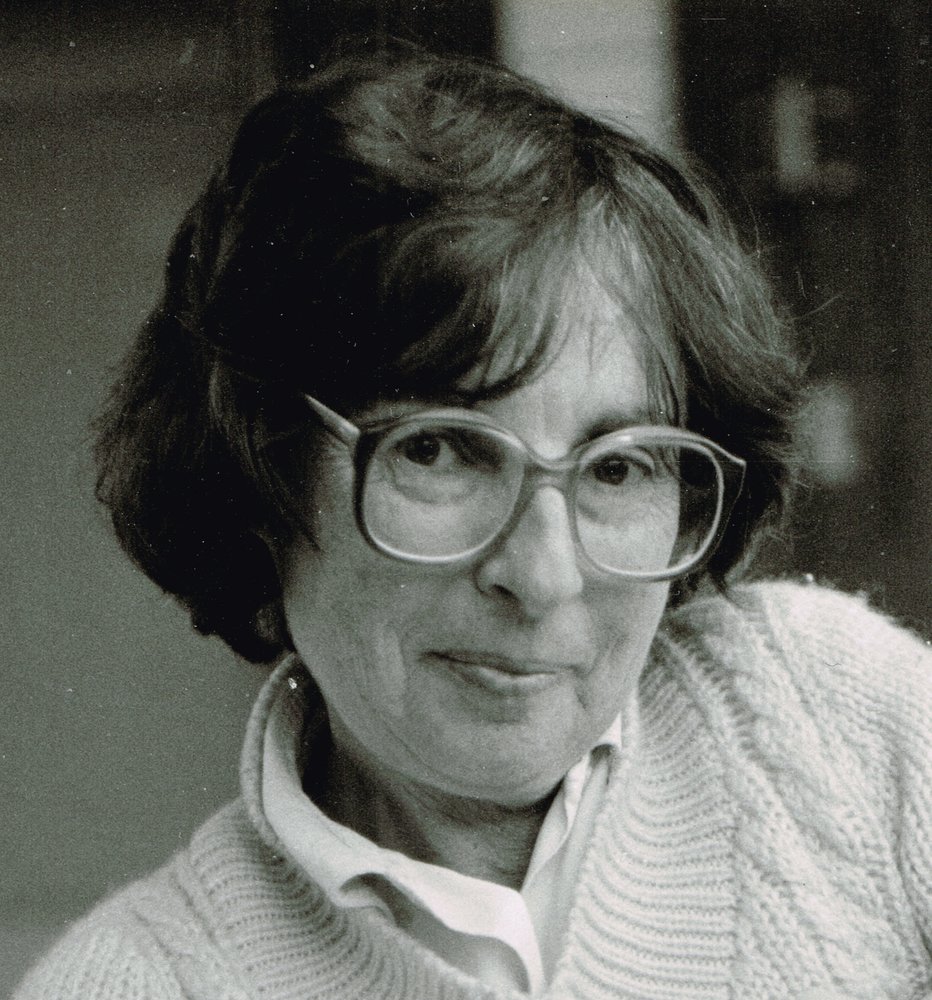 Hermia Kaplan, an attorney who practiced law in Santa Cruz for almost 40 years, died at home in her sleep on Monday, July 15 after a brief illness. She was 97.

Born in New York in 1921 to parents who had emmigrated from Eastern Europe, she grew up in the Bronx in the shadow of Yankee Stadium. Throughout her childhood, her family was evicted from time to time, and she later said that every day as she walked home from school she worried she would come home to find her family’s possessions on the sidewalk. She graduated from high school at fifteen, despite barely passing the swimming test required at the time, and graduated from Hunter College, where she was encouraged to major in mathematics because she was smart, despite an aversion to math. Eleanor Roosevelt spoke at Hunter’s commencement the year she graduated, but Hermia couldn’t attend because of her work schedule at Penn Station. She put aside savings from every paycheck she ever earned.

In 1941 she met Bert Kaplan on a blind date, and the two were married in Tennessee, where Bert was briefly stationed with the Army. She said she was always grateful to Bert for getting her out of New York so that she could have a different kind of life. They later moved to Cambridge, Massachusetts when Bert was in graduate school. Hermia worked as secretary to the eminent anthropologist, Clyde Kluckholn. In the early 1960s, when Bert taught at the University of Kansas, Hermia went to KU law school, where one of her teachers was Paul Wilson, who as Kansas Assistant Attorney General had represented Kansas in Brown v. Board of Education of Topeka. As one of only two women in her law school class, she felt she had to be twice as good as everyone else in order to be considered adequate. Despite the fact that she graduated near the top of her class and was inducted into the Order of the Coif, the national honor society in law, no law firm would hire her. When she drove to Topeka to interview for a clerkship with a Kansas Supreme Court Justice, the judge asked her to make him coffee and treated her as if she were applying for a position as secretary. In 1963 the family moved to Houston where the only lawyer who would hire her was a black woman whose clients were poor and marginalized, and who could only pay her $60 per month. In 1965 the family moved to Santa Cruz where, unable to find established firm that would hire her, she went into private practice. She was one of three female attorneys at that time. By 1974 there were six, including Marilyn Liddicoat, Sarah Clarenbach, Nancy Kepple, Mary Osgood Kester, and Marsha Shanle, and the six of them formed the Women Lawyers of Santa Cruz County. She was one of the first certified family law specialists in the county, which meant she represented many women in divorce cases in the years before national norms regarding the status of women had changed  She served as Secretary of the Santa Cruz Bar Association for many years, and as a Traffic Court Judge.

She said later, “I brought a different style of law to town.” She had to be so prepared, so thorough, and so aggressive that she couldn’t lose. She had a reputation for fighting for her clients 100%, but at the same time she was so extraordinarily generous and helpful to other attorneys that she eventually earned the respect of the judges and attorneys initially put off by her aggressive style. One of her clients described what happened when in the 1970s he hired her to represent her daughter’s boyfriend, who was a poor Latino teenager. Up to that point, it looked like the young man was headed to prison, but when the judge and prosecutor learned that Hermia was representing him, the tenor of the case changed and the charges were dropped.

She worked at her downtown office until she was in her early 80s, when she had a stroke in the county courthouse. Although she recovered, she realized it was time to retire but she did so very reluctantly.

She is survived by her sister, Estelle; her children, Emily and Josh; a granddaughter, Hannah; and two great-grandchildren, Sam and Aaron. At her request, no service is planned.

To send flowers to the family or plant a tree in memory of Hermia Kaplan, please visit Tribute Store