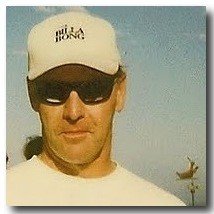 A private farewell gathering took place for our beloved friend, colleague and lover of nature, Stephen Hauskins who passed away peacefully at Dominican Hospital this past week, with his loved ones at his bedside.

Stephen was born in Glendale California to Hal Hauskins of Peoria, Illinois, and Margaret Megan Jones of Merthyr Tydfil, Wales, UK.  He was raised in the small town of Holtville California.  There, he was captivated by the night sky, and this opened up a world of wonder and amazement.  As a boy, Astronomy, space exploration and Science in general, fueled his passion.

Stephen earned his Bachelor's Degree in Physics from UC Davis.  He moved to Boston for a while and worked at MIT.  One of his fondest memories are of working alongside Richard Feynman at MIT.  Stephen was most impressed by how such a prominent figure was so approachable and inclusive---a lasting impression.  For more than 25 years, Stephen was employed at UCSC, first as Instructional Technology (IT) Systems Manager for Math, Biology and Environmental Toxicology and later as the Computing Director for the Division of Physical and Biological Sciences where he oversaw the development and delivery of IT services to support the research enterprise and represented the division in IT governance.  Stephen distinguished himself through his contribution to the growing cyberinfrastructure and high performance computing services on campus, where he was the driving force behind the ongoing development and support of Hummingbird​  ​, UCSC’s open-access computational cluster, recently recognized in the UCIT systemwide blog: https://cio.ucop.edu/hummingbird-ucscs-small-but-mighty-open-access-computational-cluster/.​ Stephen was deeply committed to advancing the university’s research mission.  He was a complex problem solver with an innate curiosity and extraordinary work ethic.  He was generous with his time, knowledge and expertise and leaves behind many friends and colleagues who will miss his friendship and guidance and with whom he enjoyed working at UCSC.

In addition to his job, Steve loved working and spending time in his garden.  He had a great respect and love of all animals and was especially fond of his two cats;  Gracie and Midnight.

He is survived by his loving partner of 33 years,  Jose Sanchez of Santa Cruz and extended family in Merced, CA.

Stephen was preceded in death by his parents Margaret and Hal Hauskins.

In lieu of flowers, his family asks that donations be made to some of his favorite charities:

Please visit the Benito and Azzaro homepage to leave your thoughts with his family.

To send flowers to the family or plant a tree in memory of Stephen Hauskins, please visit Tribute Store

Share Your Memory of
Stephen
Upload Your Memory View All Memories
Be the first to upload a memory!
Share A Memory
Send Flowers