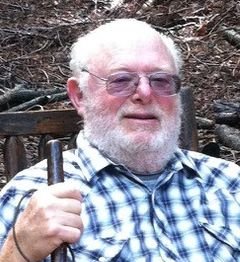 Family and friends will fondly say farewell to a loving husband, father, teammate, mentor, and trusted friend, Dr. Robert H. Matlow, who passed away at his Watsonville home this past week, following a struggle with Parkinson’s disease. He would have celebrated his 78th birthday in August.

“Dr. Bob,” as he was affectionately known to his colleagues, clients, and basketball and bocce ball teammates, was a much respected clinical psychologist in the Santa Cruz area with a career that spanned 40+ years. He worked in private practice and local youth group homes to support those who suffered from various forms of life trauma.  Previously, he was an educator for children with disabilities, and was a co-founder and director of multiple schools and programs in the Los Angeles area, including at many inner-city locations.  He leaves many dear colleagues, former clients and young people who were the benefactors of his guidance and compassion.

Born in Los Angeles, California, Dr. Bob grew up in the Silver Lake neighborhood of LA. He earned his undergraduate degree from U.C.L.A. and his doctoral degree in Education from U.S.C. Dr. Bob was immersed in basketball heaven as a child and young adult.  A standout player for John Marshall High and Los Angeles City College, he spent countless hours playing pick-up and recreational ball before graduating to his home court in Watsonville, where he played every week with his friends and family until the age of 70.  His family and friends will continue to cherish the many memories of his game-winners, on-court debates, and post-game ice sessions. Dr. Bob felt honored to have had such dedicated friends who confided in him for help in their life journeys. Their special camaraderie never ceased, even as age eventually required a transition from the basketball court to Bocce Ball, where the debates ensued.  Until the last three weeks of his life, Bob was able to bowl a game, enjoying the fellowship of true friends.

Dr. Bob was a committed social activist and political thinker, always eager to engage in writing and conversation to share his insightful and critical perspectives on politics and current events in a continuous effort to advance human rights and social justice. He was a member of the Monterey Bay, California, and American Psychological Associations.  He is survived by his loving wife of 45 years, Melissa Matlow, and his children Justin Matlow, Kira Sardy, and Ryan Matlow.  He also leaves his five beloved grandchildren, his sister Karen Steinman, niece Lisa Steinman and nephew Eric Steinman.  Dr. Bob left a strong impression for all who knew him, by means of his always-present wit and sarcasm, his pointed questioning, listening ear, and his underlying deep care and affection for others. His presence will be greatly missed.

You can leave your condolences or reflections with his family by visiting the Benito and Azzaro homepage (www.pacificgardenschapel.com). A kind act of charity can be made in Dr. Bob’s memory to the following organizations: Brain Support Network (www.brainsupportnetwork.org) to further neurological disease research, the Parkinson’s Institute (www.parkinsonsinstitute.org), the local Santa Cruz Parkinson’s community (www.EASEPD.org), or the American Civil Liberties Union (www.aclu.org).

To send flowers to the family or plant a tree in memory of Dr. Robert Matlow, please visit Tribute Store