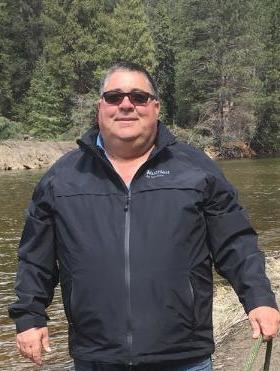 John Michael Fambrini, passed away peacefully surrounded by his family on September 21, 2019. He was 58.

A 5th generation farmer on the North Coast. John grew up at his family farm on Dimeo Lane in Santa Cruz. He continued the farming legacy by starting his own business farming Brussel sprouts, pumpkins, strawberries, sunflowers and other produce. He was very proud of his produce stand on Highway 1 where he was able to sell the crops that he had grown.

John attended Holy Cross School and is a graduate of Santa Cruz High School. He enjoyed playing sports, loved the outdoors, hunting, fishing, traveling and spending time with family and loved ones.

He was a well-known fixture on the coast and around Davenport.  He was very generous and always willing to lend a helping hand to a friend in need.

A viewing will be held at Benito & Azzaro Pacific Gardens Chapel (1050 Cayuga St. Santa Cruz, CA) on Friday, September 27th from 5:00 pm – 7:00 pm. A Mass of Christian Burial will be held on Saturday, September 28, 2019 at the Shrine of St. Joseph’s Guardian of the Redeemer (544 West Cliff Drive, Santa Cruz, CA) at 12:00 pm. A reception will follow immediately after the mass at St. Joseph’s Shrine Hall.

In Lieu of flowers the family is asking to make donations to Hospice Living Angels on behalf of the Fambrini Family.