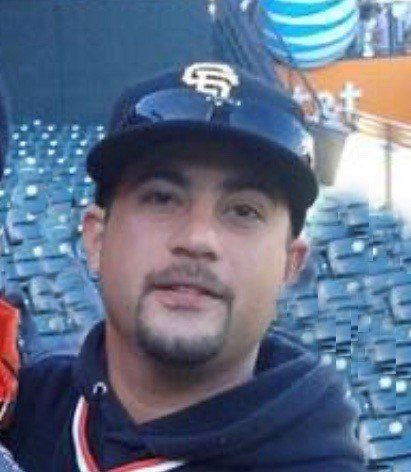 Daniel David Gomez “Danny” passed away peacefully on Saturday October 26, 2019 at the age of 31, surrounded by family and friends, after a brief illness.

Danny was born August 11, 1988 in Santa Cruz, California to David M and Gail Gomez.  Danny was a life long resident of Santa Cruz and attended Green Acres Elementary, Shoreline Middle and Harbor High School.  As a child Danny enjoyed playing Little League baseball and Pop Warner football.   Danny was an avid skateboarder and was thrilled when the skate park on Jose Avenue opened, spending much of his time there perfecting his skating tricks.  Danny enjoyed regular trips to the Santa Cruz Wharf for fishing and eating oysters with his dad and sister, Christina. And of course spending his summers going to the Boardwalk.

On June 18, 2008 Danny welcomed his son Troy, the pride and joy of his life.  Danny thoroughly enjoyed being a father and spending time with his son.  Instilling in him the same passion for fishing and baseball his father instilled in him.  Danny was a die hard fan of the San Francisco Giants and Oakland Raiders. He enjoyed cooking and barbequing for family and friends.

After his dad’s passing in 2010, Danny stepped up and became a pillar of support for his mother.  Danny always made sure he maintained the yard and garden in the same manner as his father.  He also took the same pride in putting up the Christmas lights just like his dad.

Danny was preceded in death by his father David M Gomez, grandparents Beatrice and David G Gomez and Marge and Hank Christmann. And his beloved cat, Dusty.

Although Danny’s passing has left a void that will never be filled, Danny’s family finds comfort in knowing he is no longer suffering and is reunited with beloved family members who have gone before him.

A Celebration of Life will be held Friday November 8, 2019 at 10:00am at Benito and Azzaro Pacific Garden Chapel 1050 Cayuga St, Santa Cruz. Graveside service to follow at Oakwood Memorial Park.