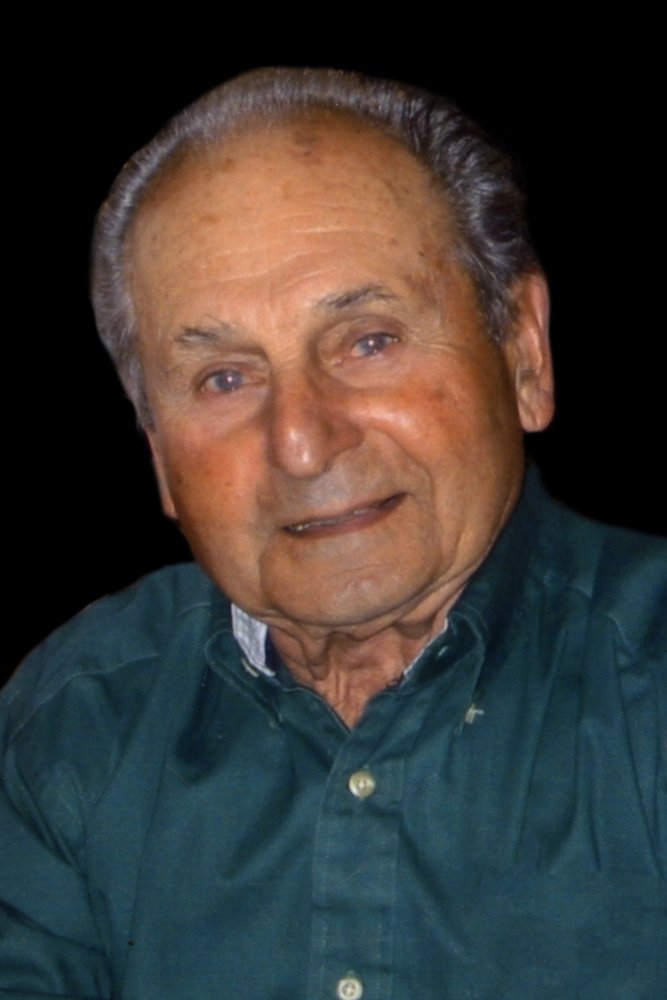 Ernest Joseph Gotti, 95, passed away last Tuesday after enduring cancer and the natural causes associated with a long and full life.

Ernie was born in Santa Cruz and was raised on a number of ranches in the region.  The first was up Vine Hill Rd in Scotts Valley where his maternal grandmother lived and the other in King City with his mother. It was time spent working the land from a young age that fostered his love of the outdoors.

In 1947 Ernie married his sweetheart, Lena Braida.  Soon he began building their home in Capitola, which he did with his own hands.  Early on, Ernie had built little more than a small table for Lena to sell cherries from the street corner; Ernie knew she was on to something good when she earned her first $100.  Later, a small stand was built to sell more produce grown on the family farm as well as other local fruits and vegetables.  With the popularity of that stand, Lena’s hard work and perseverance, Ernie built her the structure that still stands at the corner of Bay and Capitola Avenues. Together they ran “Lee & Ernie’s Market” for 25 years.

In the early 1960’s Ernie designed and built commercial buildings on both family owned and newly purchased property in the neighborhood.  Many a local business owner got their start and pursued their dreams in the well maintained environment that Ernie and Lena had created.  When the two of them were not working hard at growing and selling produce or building the future of upper Capitola Village; Ernie and Lena traveled with their RV coast to coast and through all 49 states, Canada, Nova Scotia as well as visiting Mexico and Hawaii during their 70 years together.  Speaking of travel, Ernie, Lena and the family embarked on a wonderful journey to Italy in 1999 to make first time connections with people on both sides of the family.

Ernie was an expert fisherman and avid hunter. Many friends have shared their awe at his skills at the catch or the hunt.  Ernie was mindful to never waste or take earth’s critters or nature’s bounty for granted.  Everything he grew or caught was consumed immediately, preserved or given to friends to enjoy.

In a testament to his strength of will, loyalty and appreciation of close friendships; a longtime friend of his had passed away last October.  Even though he was tired and unwell it was very important to Ernie to attend the funeral to give support to the widow & family and to pay his respects to the departed.  Ernie was and remains a respected member of this community and will be remembered fondly for his sense of humor and integrity.  Clubs that he participated in were The Marconi Club and the Santa Cruz Gun Club of Los Banos.

The family would like to acknowledge those who helped to care for Ernie after his wife’s passing; they are Maria, Nanci, Angel and Yolanda.  The latter, came to work w him through Safe at Home Senior Care.  The family would be remiss not mention two organizations that took excellent care of Ernie and exceeded the family’s expectations, they are; Dominican Home Health and Hospice of Santa Cruz.

In lieu of flowers, please consider making a contribution to Hospice of Santa Cruz, located in SV. To express your condolences or share a memory with Ernie’s family, please visit www.pacificgardenschapel.com.