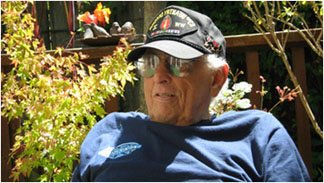 Leonard ("Lenny") Bernstein was born in Brooklyn in 1925 and raised in the Bronx in the Workers Cooperative Colony ("The Allerton Coops"). During World War II, he served in the U.S. Army infantry in France and Germany, where he helped liberate the Dachau concentration camp and earned two Purple Hearts and other medals.

After the war, he earned degrees in ceramic and metallurgical engineering from Alfred and Columbia Universities. He worked at electronics engineering companies on the east and west coasts, including co-founding a startup (1948-1954) and working in many early Silicon Valley firms. He earned a law degree from Golden Gate University and was admitted to the California Bar in 1977 and later the U.S. Customs Court.

Lenny Bernstein's lifetime love of jazz and the photomicrography he practiced as an engineer fostered his third career as a jazz performance photographer. He photographed more than 1,000 jazz musicians, rendering  powerfully emotional moments in color. His photographs are permanently exhibited at California State University, Monterey Bay. He was co-author of "Jazz Profiles: The Spirit of the Nineties" (Billboard Books 1998). See his website jazzjonesphotos.com.

To send flowers to the family or plant a tree in memory of Leonard Bernstein, please visit Tribute Store
Thursday
12
December

Share Your Memory of
Leonard
Upload Your Memory View All Memories
Be the first to upload a memory!
Share A Memory
Send Flowers