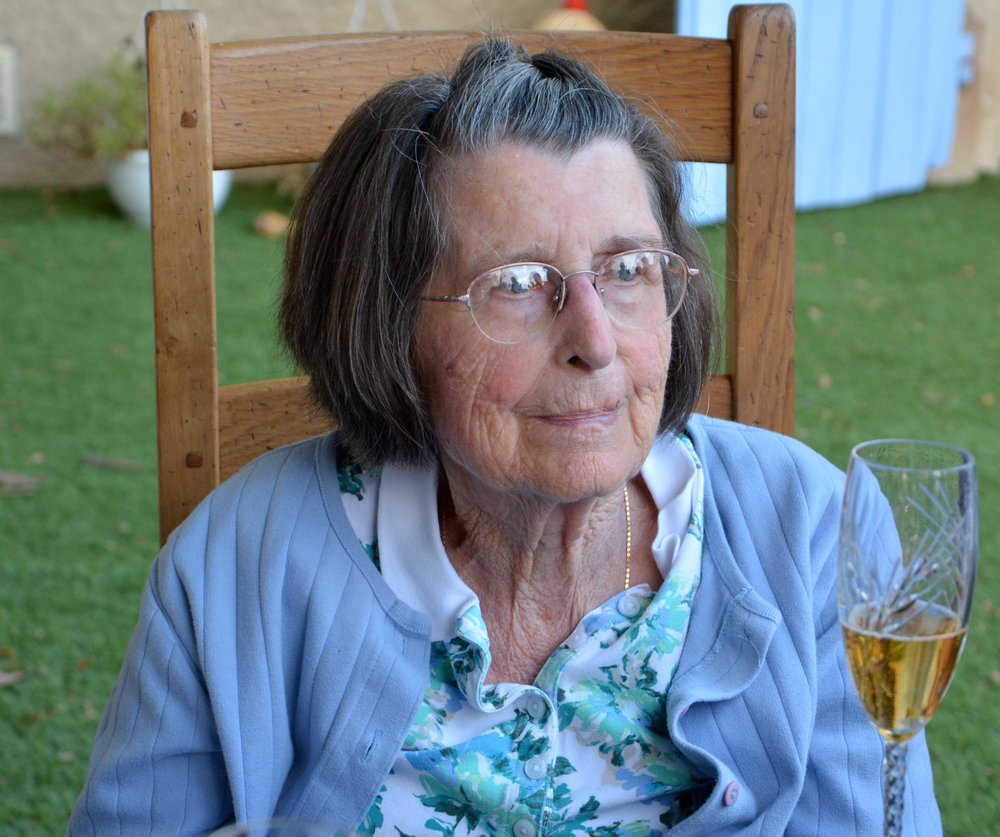 Renée Eisenberg passed away peacefully in the arms of her immediate family, and surrounded by other family members, on December 8, 2019. She is survived by her three children, Sharon Mullowney, Joseph Eisenberg and Andrea Eisenberg, her sister Gitta Ryle, and grandchildren Chloe and Heather Mullowney, Sophie and Thea Spindel and Eli and Celeste Meisel.

Renée was born Renée Spindel in Vienna Austria in 1929, where she lived until the age of 10, when the Nazis invaded. She and her sister, Gitta, age 7, escaped on their own to France through the support of the “OSE” Oeuvre de Secours Aux Enfants while their mother remained behind to look after her parents. The two girls were taken in by a string of brave organizations, individuals, a convent and finally the Rivoires, a farm family in the south of France. Renee maintained a close relationship with the Rivoires for the rest of her life.

Seven years later, the girls reunited with their mother in England, and the three of them moved to Detroit, Michigan within a year. Though Renée had to learn English and catch up on formal schooling that she missed during the war, she persevered, becoming a nurse a few years after being relocated to the United States.

While in nursing school Renée met her husband Morris Eisenberg (Nov. 23, 1925 – May 16, 2016) to whom she was married for 63 years. Renée and Morris raised their three children in Northridge, California, near Los Angeles.  She made sure that her children experienced the things that she missed out on during her childhood: they participated in sports, music, dance, art lessons.  She used her nursing skills by volunteering for the Red Cross. She also volunteered in nursing homes to teach arts and crafts. She enjoyed biking at the beach, playing tennis and exploring new places in LA with her walking group. She and Morris traveled the world, and Renee especially loved her many visits to her French family.

In 2016, Renée and Morris relocated to Santa Cruz to be near family.  The last years of Renée’s life were connected to her sister Gitta and daughter Sharon and family friends. Until the end of her life, Renée cherished being with family and consuming lots of chocolate and pastries, going to concerts, and enjoying the ocean.

In lieu of flowers, please consider sending donations to:

To send flowers to the family or plant a tree in memory of Renée Eisenberg, please visit Tribute Store

Share Your Memory of
Renée
Upload Your Memory View All Memories
Be the first to upload a memory!
Share A Memory
Send Flowers