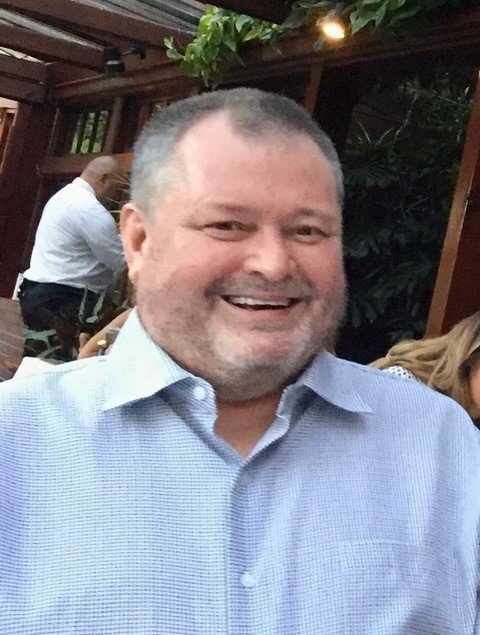 Scott James Hamlin was born in Poughkeepsie, New York, on May 25, 1957. His dad, Jim, worked for IBM and the job took the family to Woodstock, NY, and then to Bethesda, MD, and on to Houston, TX to work on the nations space program.  By that time Scott was 6 and dad said his youngest son had the “loudest voice in Gulf Meadows [our neighborhood]”; such was Scott’s zest.  Our mom, Betty, did her best to support Scott’s spirit as he endured constant pranks and teasing from his older brother, me, as I didn’t know any better.  Oh, it should be mentioned that Scott was accident prone his whole life-- back in Bethesda he nearly drowned in a public pool, in Houston he fell out of a tree, in high school he broke his wrist, in college he broke his jaw, and at 21 he suffered the head injury that swerved the course of his life forever; more about that in a moment.  Anyway, he probably had a low pain threshold because he never complained about any of his injuries.  In fact, he rather enjoyed the attention that disaster brought.

Despite his lifelong aversion to work he was blessed with the Hamlin smarts which got him admitted to San Diego State University.  By then his talent at the piano, pushed by his mother, gave him a hobby that he enjoyed and shared for most of the rest of his life; he could sit down and entertain.  At college he joined a fraternity and life became a party.  To the day he died he stayed in touch with loyal brothers through thick and thin which speaks to his love and affection for many folks.  He graduated with a degree in computer science which was mystifying because after college he never gave the slightest indication that he wanted anything to do with a computer.  Maybe it was because in his junior year he had a DUI which ended in a serious car accident.  It left him with a brain injury that limited his physical capabilities and his ambitions.  For the rest of his working life he held various jobs, lasting longest in those that engaged him with people he could serve.  His favorite job was player assistant at Stanford University golf course, where his biggest joy was assisting the likes of Michael Jordan, Bill Clinton, and Jerry Rice.  For 30 years or so he lived in a condominium in Sunnyvale, CA, that his parents purchased for him, their expectation being that ownership of real estate would instill a seriousness of purpose.  That didn’t go according to plan.  By 2018 after years of lousy roommates, parties and a profligate life financed with equity debt, held secret, Scott was willing to leave his place before the health and safety authorities forced him out.  He came to live near us in a retirement community with a new beginning.  We did what we could to keep his drinking moderate but ironically, on the day that his cousin Steve died from alcoholism, Scott had a bender and fell, severely breaking his shoulder.  After the operation and a stern warning from his medical team we were so hopeful when he swore to stay sober.  For a year he was a new person with so much possibility in the wonderful place that Santa Cruz is.  Alas, in August 2019, after months of boredom he celebrated his year of sobriety with a drink and… here we are.

He is survived by his mother, me, sister-in-law Suzi, college pals, and his cat Marvin, who, the animal shelter says stands a good chance of being adopted into a new life.  That silver lining and our memories of Scott as the jovial, loving, caring, funny soul that he was, will last a long while and we will miss him.

To send flowers to the family of Scott Hamlin, please visit Tribute Store

Share Your Memory of
Scott
Upload Your Memory View All Memories
Be the first to upload a memory!
Share A Memory
Send Flowers