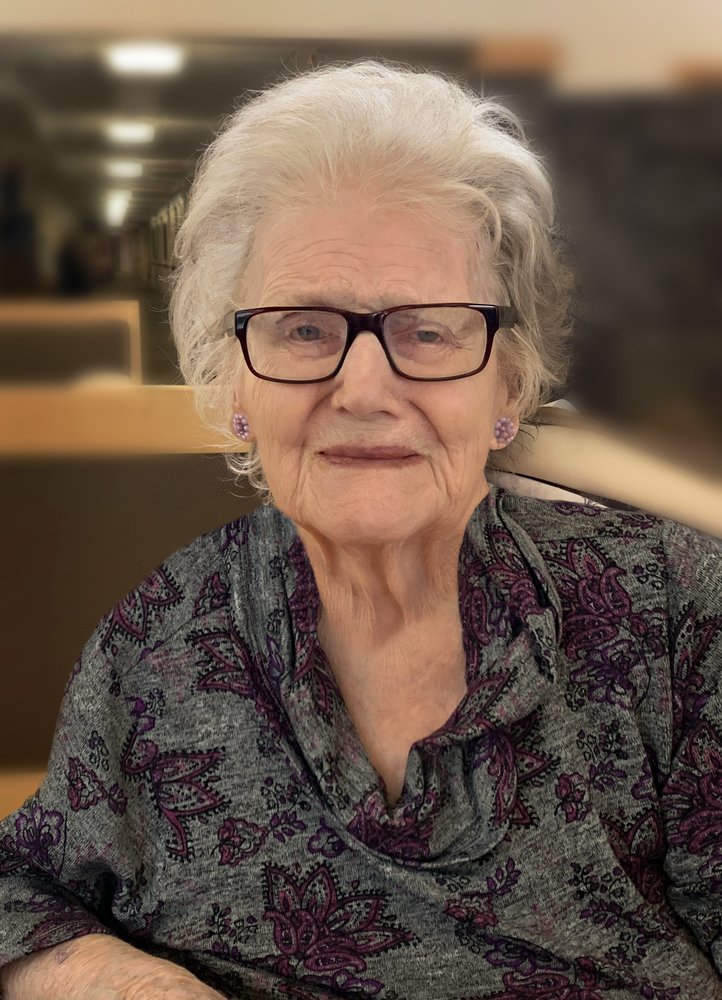 Marion was born in San Jose, eight minutes after her twin brother.  They were the first set of twins born at the hospital.  The twins were delivered by Dr. Robert Kneeshaw.  Her parents, Erroll and Ann Kittrell raised their family on farm that grew prunes, English Walnuts, hard and soft shell almonds, peaches, apricots, Black and Bing cherries.  Her parents grew their own fruit and vegetables.  They raised hens and traded the eggs for staples at Mr. Mullin’s country Store.

Her formal education began at Almaden Union Grammar School, where she started in first grade as there was no kindergarten class.  She never was taught how to print and started writing instruction in cursive.  Her favorite teacher was Mrs. Evelyn Teal, her eighth grade teacher, who enjoyed seeing children learn.  Teaching did not seem to be a job to her.  Marion kept in touch with Mrs. Teal over the years.  Marion graduated from Campbell Union High School where she sang in Acapella choir for four years.  During WWII, while living on the farm, she was recruited to watch for aircraft.  She was responsible for reporting their direction, the time and the type of aircraft.  As a young woman, she attended business school.  She began her career as a Western Union operator and learned telegraphy.

While working for Western Union, she met Harold B. “Bud” Fisher, who was just out of the Army.  He managed a diner, The Circle Restaurant in Palo Alto where she took her coffee breaks.  He took her to San Francisco to a wrestling match at the Cow Palace on their first date.

Bud and Marion were married in Palo Alto on March 29, 1949.  Florence Thompson was Marion’s maid of honor and Andrew Kavanaugh was Bud’s best man. Bud met Andy at the theater.  Both lived in the same resident hotel in Palo Alto.  Andrew worked as a janitor.  Bud and Marion’s first home was a duplex and they rented their second bedroom to Andy.

After marrying Bud, Marion threw her energies into raising their children.  Open to all neighboring children, her kitchen was never closed. She will be always remembered as a woman of faith, a loving mother and grandmother whose greatest passions were singing in the choir and football.  She loved her San Francisco 49ers.

A service will be held at High Street Church, 850 High Street, Santa Cruz, CA on Monday, January 27th at 11:00 AM.  Internment at Golden Gate National Cemetery with her husband.  The family wishes to thank the staff at Elim Care, of Fargo, ND and Hospice of the Red River Valley for their care and love.  If you wish, donation may be made to Mt. Hermon Christian Conference Center https://www.mounthermon.org/give/, or the Pajaro Rescue Mission https://teenchallengemb.org/about-us/partner-with-us/ or charity of your choice.

To send flowers to the family or plant a tree in memory of Marion Fisher, please visit Tribute Store
Monday
27
January

Celebration of her Life

Share Your Memory of
Marion
Upload Your Memory View All Memories
Be the first to upload a memory!
Share A Memory
Send Flowers