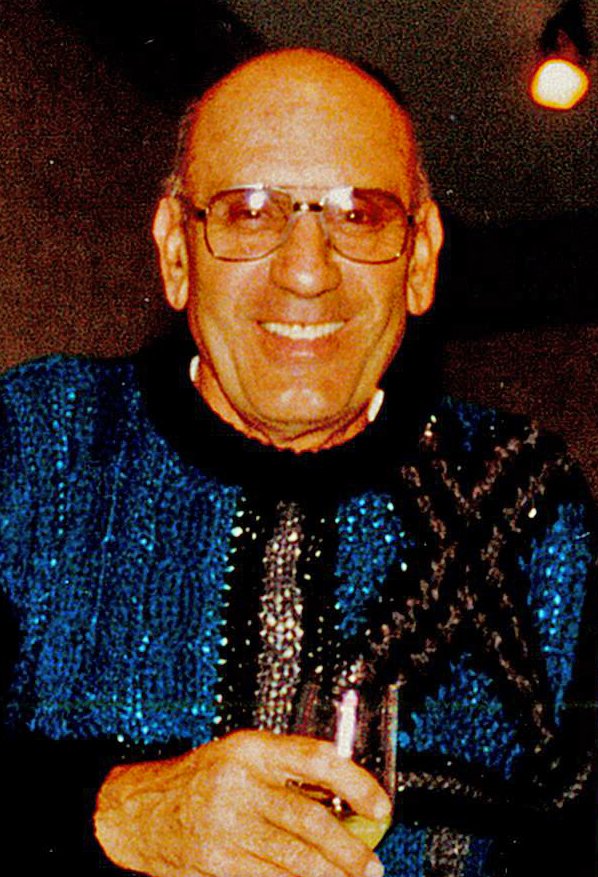 Richard was born to Pasquale and Julia Rampone in Santa Cruz on September 9, 1927. Richard died at Dominican Hospital on February 23, 2020 from complications of pneumonia. Richard was a Santa Cruz native his entire life.

In 1949 Richard married Doris Larsen and they had a son, Randy Rampone. Richard then went into the Army in 1954. Richard spent 2 years in Okinawa in the supply department. Richard was discharged from the Army in 1956 and later married Clara Oliveri who had a son, David Vierra. Richard and Clara were married from 1956 until her death in 1990. During this time Richard played city league basketball with the Santa Cruz Hotel Basketball team, winning championships for 6 years in a row. Richard also coached Clara’s women’s softball team, County Bank, for 10 years.

Richard worked for Pepsi-Cola, Salinas for 33 years as a route driver and warehouse manager. He was an avid 49er fan. He had season tickets at Candlestick Park from 1968 to 2013. Over the years Richard tailgated with his brothers Ed and Louie, George Waller, Mitch Mitchell, Mr. Baldizar and his son Randy. In 1991 Richard met Marian Allegri and were companions for almost 20 years.

Richard was preceded in death by his wife Clara, his two brothers, Ed and Louie and his stepson David Vierra. He is survived by his son Randy (Lila) Rampone and grandchildren, Jason and Chelsea.

The family wishes to thank the staff of Dominican Hospital, I.C.U. and Maria Lourdes Borromeo and Rex Pel who were Richard’s caregivers from 2015 through 2020.

To send flowers to the family or plant a tree in memory of Richard Rampone, please visit Tribute Store
Saturday
14
March

Share Your Memory of
Richard
Upload Your Memory View All Memories
Be the first to upload a memory!
Share A Memory
Send Flowers