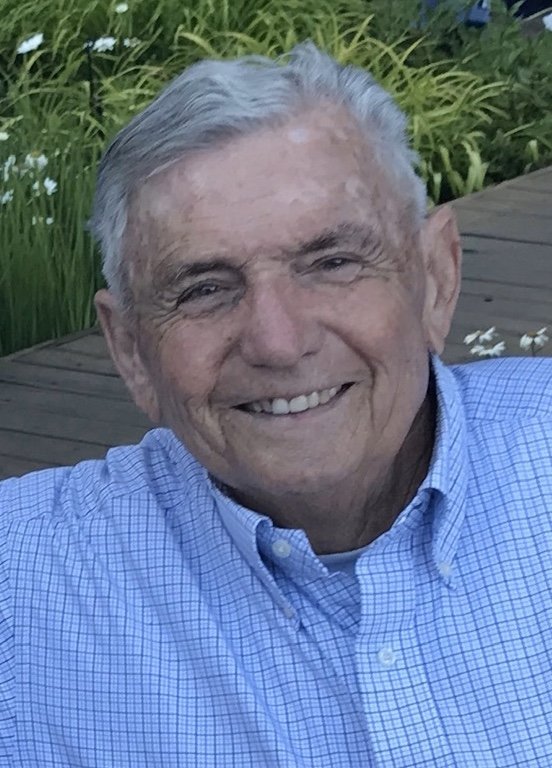 James Albert Franks – Beloved husband, devoted father and adored grandfather passed from this life on February 23, 2020 in the Santa Cruz home where he was born 83 years ago. He was the son of William Taylor Franks and Marguerite Hildagarde (Gump) Franks and was preceded in death by his 7 older siblings.

He attended Holy Cross School in Santa Cruz for 12 years. He graduated with a degree in Philosophy from the University of San Francisco. He met his cherished Marianne while he was a graduate student at Marquette University and later added to his education with dual master’s degrees in Latin American Studies and International Studies from the Monterey Institute of International Studies.

Jim was a true renaissance man. His ventures ranged from Navy medic, private pilot, furniture store owner, ambulance driver, homebuilder, and author, to State Department Officer in Vietnam. He was the founder of the International Health program at the University of California, Santa Cruz and carried this work to distant parts of the world. He acted tirelessly to preserve open spaces throughout Santa Cruz County. In retirement he restored and brought dignity back to the Old Holy Cross cemetery. He was a founding member and first altar boy at his home parish, Our Lady Star of the Sea Church, and was a member of UCSC Affiliates, the Veterans of Foreign War Post 7263, and the Knights of Columbus.

Throughout his days he touched the lives of many with his outgoing personality and wry wit. No one was a stranger for long in Jim’s presence, no matter their position or walk of life, and his impact was felt by many. His family was blessed with the knowledge that he would always drop anything to help whenever he was needed. If a life is measured by the amount of loving memories left behind, then Jim has achieved abundant success.

Share Your Memory of
James
Upload Your Memory View All Memories
Be the first to upload a memory!
Share A Memory
Plant a Tree