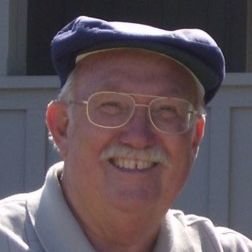 Richard Dumller passed away peacefully, on April 7, 2020 after a long and debilitating illness. His last days were comforted by the loving support and presence of his wife and children.

He will live on in the hearts of his wife of 62 years, Sue, daughter Erin Dumller, sons, Michael Dumller, Donald Dumller and wife Leslie Dumller, sister Madeline Wilds, grandchildren Katie and Tony Bruckner, Brett and Nicole Nunn, the five great grandchildren who brought him joy, loving sisters and brothers in law, nieces, nephews and the dearest of friends.

Dick was born in Pasadena July 23, 1936, number 4 in a family of five children.  His childhood was happy. He held a particular fondness for his Jr. High School (Elliot).  When he graduated from John Muir High School, he enlisted in the Navy Reserves where he served at the Pensacola Naval Air Station in Florida.  He was discharged from active duty in January of 1957, immediately returned to Altadena, resumed employment at Berry’s Flowers and met his soon to be wife, Sue. They were married in Las Vegas, the following September.

A year later they moved to Santa Cruz with their newborn son.  Dick’s first employment in Santa Cruz was delivering furniture for Leask’s Department Store.  Soon after, he was employed by the Lockheed Missile and Space Company facility in the Santa Cruz Mountains.  He retired from Lockheed Martin as a project manager, ending a career of more than 40 years in aerospace

His avocation was his garden which he loved and took great pride. His great passion was being there for friends and family whenever he saw a need.  His home was sometimes a refuge for troubled souls and often the gathering place for holiday celebrations and reunions. He always made room in his home and in his heart for others with the numbers of people spilling over into the garage on many occasions.  Dick’s Sunday morning pancake breakfasts were a weekly happening where family gathered to share their lives and their love.

During that last 10 years of his retirement Dick was able to enjoy many road trips, family cruises, Casino trips with his son to play blackjack, and just a year ago, his first trip to Europe on a Viking River Cruise.

During those same years, Dick was a volunteer at the UCSC Arboretum where he joined the Aussie Weeders.  There he made enduring friendships and found pleasure, satisfaction and pride in his work.

His calm demeanor, beautiful smile and true interest in the people he met, made many friends.  We will all miss him greatly.

Should you desire, Donations may be made in his memory to the Arboretum at UCSC: www.arboretum.ucsc.edu.support/donate

To send flowers to the family or plant a tree in memory of Richard Dumller, please visit Tribute Store

Share Your Memory of
Richard
Upload Your Memory View All Memories
Be the first to upload a memory!
Share A Memory
Send Flowers