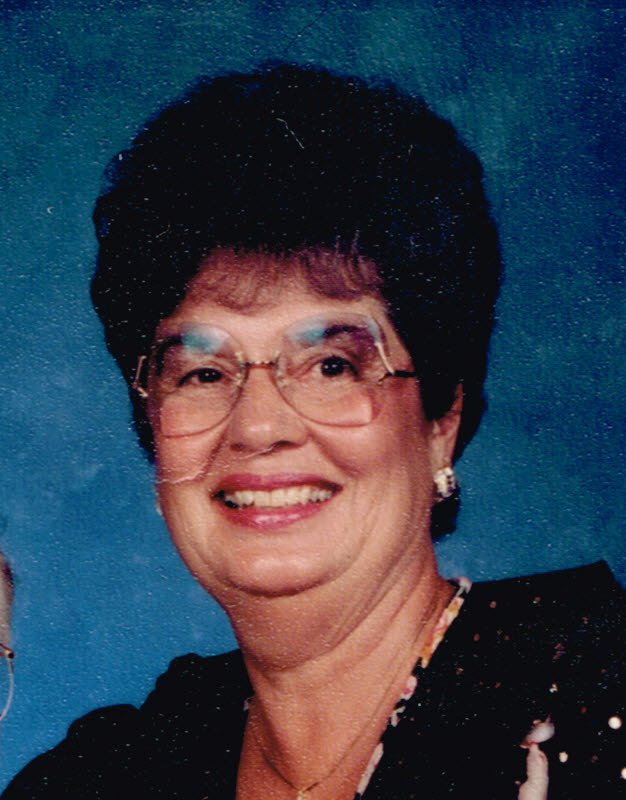 Obituary of Louise A. Petrocchi

A private committal was held in Los Altos this past week for Louise Petrocchi who passed away peacefully in Aptos, California at the age of 92. Born in Hollister, California to Joseph and Carmen Oscamou.

Louise is survived by her sisters. Alice Bell of Carmel, and Jolene Rouse Calkins of Bend Oregon. Her daughter Antonette “Toni” and son-in-law and Fred Bravo of Soquel, her son Chuck and daughter-in-law Lana Petrocchi of Zephyr Cove, Nevada.

As a teenager she moved to Santa Cruz with her family and eventually to South San Francisco.  It was in South San Francisco that she met the love of her life, Charlie Petrocchi, while working at a creamery there. Soon they were married, enjoying 60 years of companionship, wonderful travel adventures, and most importantly the raising of their family. Louise and Charlie were devoted parishioners of St. Charles Catholic Church in San Carlos.  She was an avid bowler in her younger years. She was a member of the Italian Catholic Federation of Redwood City and enjoyed walking with her husband Charlie. Louise loved attending the events at the San Mateo Elks Lodge where Charlie was a musician in the Elk’s Club Band. Louise and Charlie were accomplished travelers; visiting many destinations including Asia, Hawaii, and several trips to Italy. Many trips to Italy included bringing their children and their families along. Charlie preceded her in death in 2005.  Following the loss of her husband, she remained active and loved to play Bingo. As well as, regularly playing poker at the San Carlos Senior Center. Gambling trips to Reno and Lake Tahoe were special moments that she felt blessed to share with her children and grandchildren.

She was laid to rest beside her beloved Charlie, in a private ceremony at Gate of Heaven Cemetery, Los Altos.  Any kind acts of charity can be made in her memory to Second Harvest Food Bank of Santa Cruz or Bridge Hospice of Salinas.

The family wishes to extend its heartfelt thanks for the wonderful care Louise received from the staff of Aegis of Aptos and Bridge Hospice of Salinas.

Louise’s impact on all who knew and loved her was large. She will be greatly missed.

To send flowers to the family or plant a tree in memory of Louise Petrocchi, please visit Tribute Store