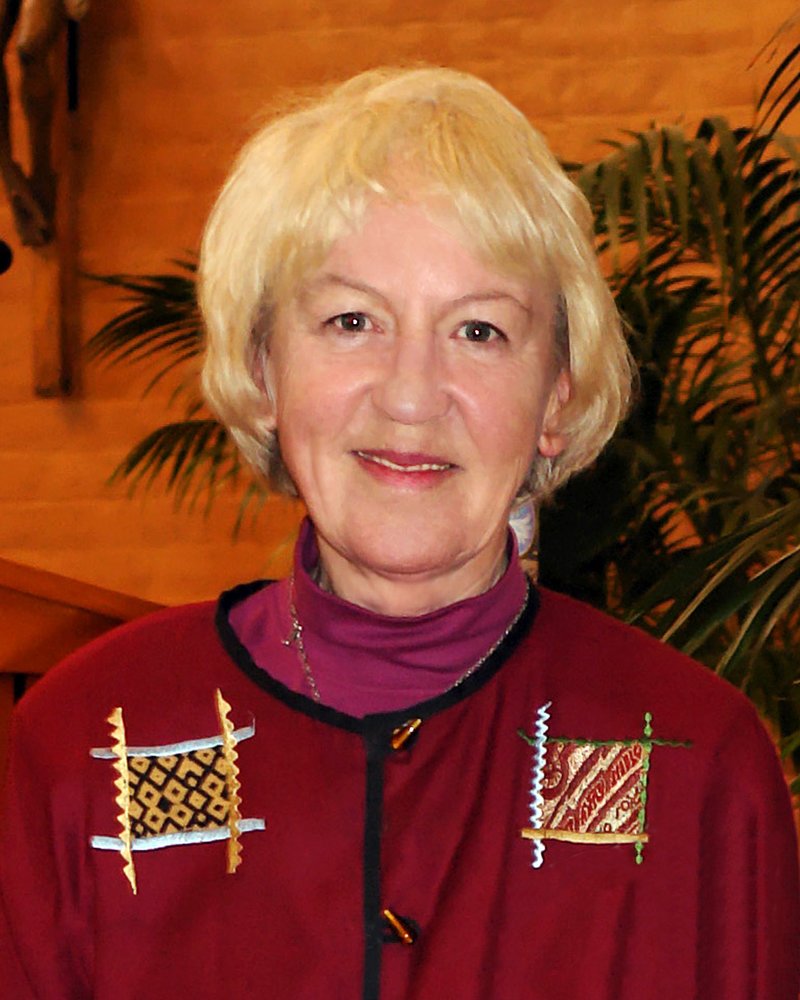 Mary Ellen was born in Marlborough, Massachusetts, to the late Dr. William D. and Eleanor M. (Brewin) Roche. She grew up in Marlborough and was a member of the St. Anne’s Academy Class of 1959. In 1963, Mary Ellen graduated from Trinity College in Washington, D.C., with a degree in economics. She met her future husband James L. Poth, Jr., in 1960 while she was a student at Trinity, and they were married in June 1963 in Marlborough.

For three years, the couple resided in Pittsburgh, Pennsylvania, where Mary Ellen taught at an inner-city high school and worked with disadvantaged children. After spending two years at Dyess Air Force Base in Texas, they moved to Palo Alto, California, in 1968. There Mary Ellen continued her work with disadvantaged children. In 1971, they moved to Santa Cruz, where she was instrumental in helping her husband start a medical practice. During the 1970s, Mary Ellen returned to school, attending Cabrillo College in Aptos. Later, she earned a degree in accounting from San Jose State University and passed the Certified Public Accountants examination in 1980.

In addition to being a devoted wife and mother, Mary Ellen dedicated herself to charitable causes. For many years, she was a member of Children’s Home Society in Santa Cruz, where she helped to encourage adoptions. In addition, she was a skilled seamstress and knitter and has left behind sweaters, dresses, and other garments that she made for family members and friends. She also shared her skill in both needlework and stitchery with her granddaughters.

Mary Ellen is survived by her husband of 57 years, Dr. James L. Poth, Jr., and her two children, Jennifer Poth, who currently lives in Eureka, Montana, and James Poth, III, who lives in Coto de Caza, California, with his wife Tara. Mary Ellen is also survived by four grandchildren, David Poth of San Jose, California, Austin Haas of Eureka, Montana, and Meghan and Fiona Poth of Coto de Caza, and by two great-grandchildren, Guillermo and Gabriela Poth, who live in San Jose. Mary Ellen was pre-deceased by her brother, William D. Roche, Jr., a physician who served with the U.S Navy for 32 years; and by her niece Kathleen M. Roche.

Mary Ellen was diagnosed with cancer in July 2018. During her battle with this disease, she continued to demonstrate the strength of character and personality that her family so deeply admired. While the cancer would eventually take her life, to the very end, it never diminished her indomitable spirit.

The Poth Family would like to thank all the physicians, nurses, and caregivers who have helped with Mary Ellen’s treatment, including Dr. Julie Jaffe, Dr. Jay Meisel,  Dr. John Kaufmann, Dr. Juan Rodriguez, Dr. Neil Sawhney, Dr. Jeffrey Williams, Dr. Satish Chandra, the staff of The Mary and Richard Solari Cancer Center at Dominican Hospital, and the staff of Hospice of Santa Cruz County.

A celebration of Mary Ellen’s life will be held at a later date, when it is once again safe to gather.

To send flowers to the family or plant a tree in memory of Mary Poth, please visit Tribute Store

Share Your Memory of
Mary
Upload Your Memory View All Memories
Be the first to upload a memory!
Share A Memory
Send Flowers