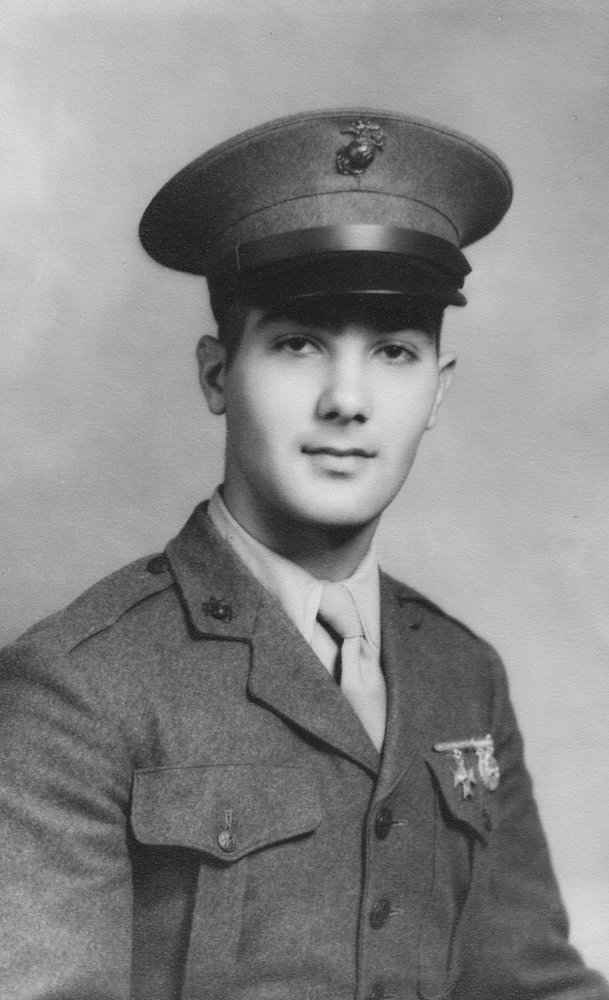 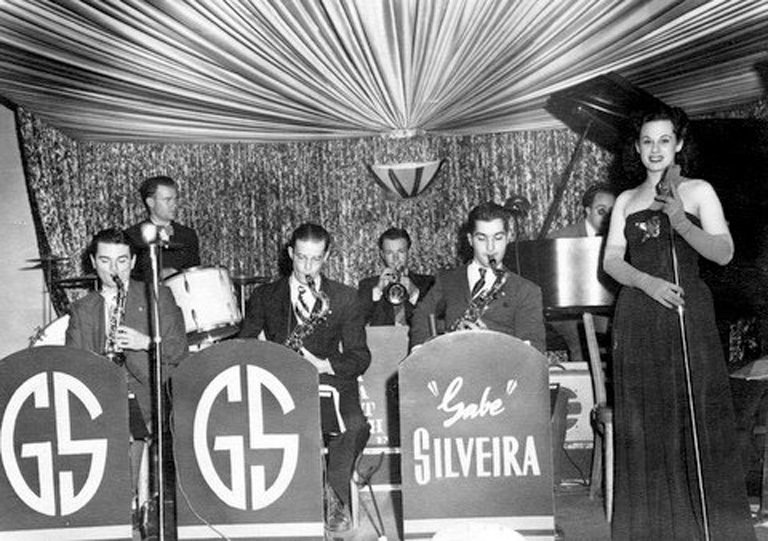 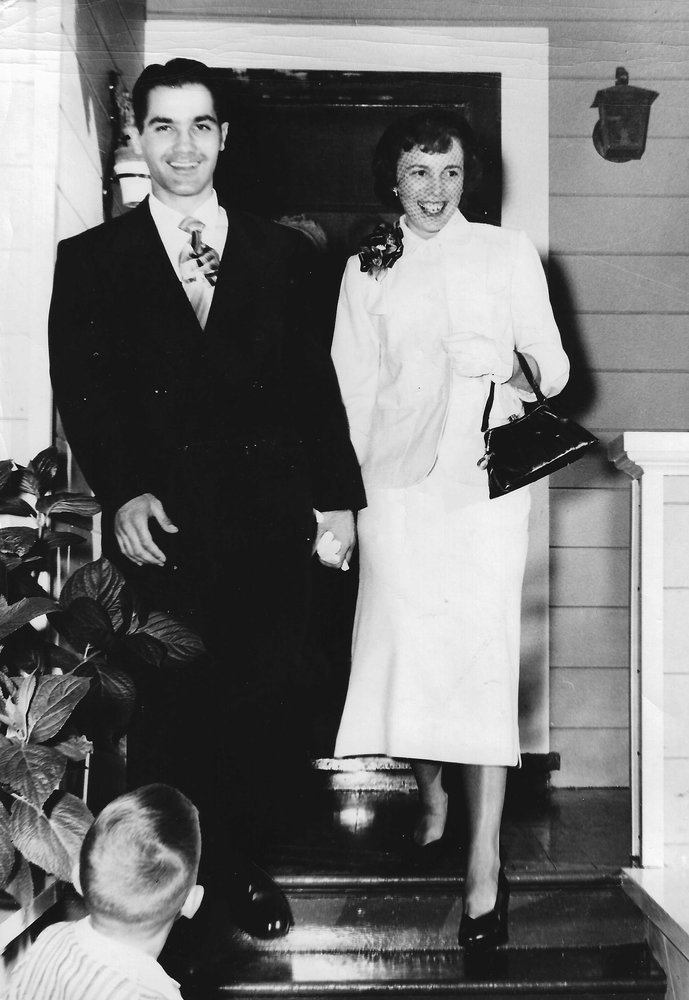 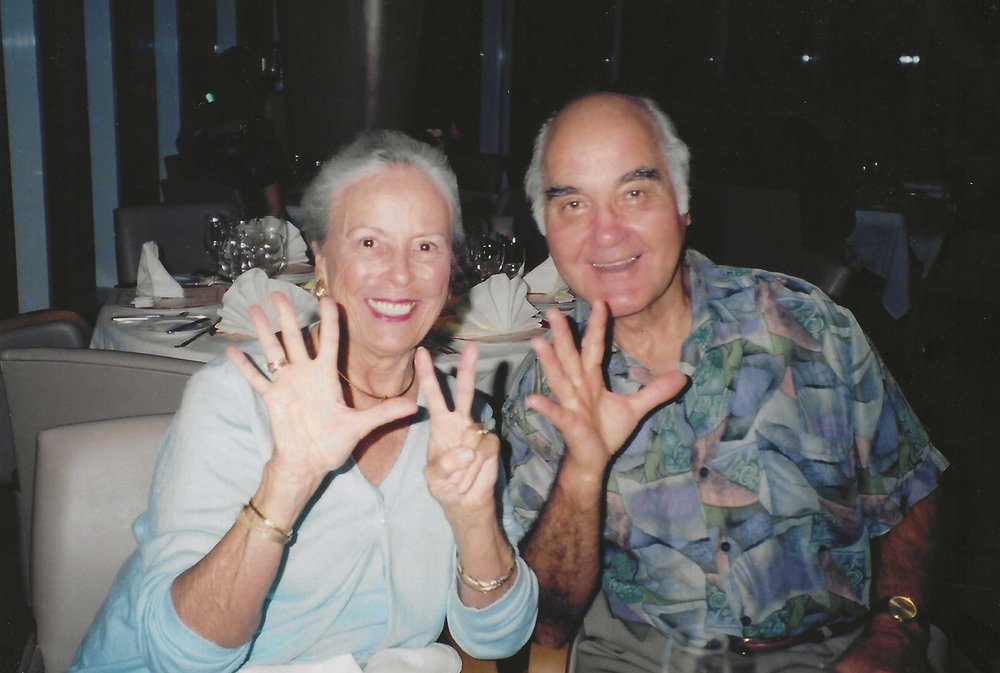 Peter Franusich passed away peacefully at his home in Aptos surrounded by family on July 13, 2020.  Peter will be remembered by his family and friends as an incredibly wise, compassionate, and humble man.  His children will always remember his many acts of kindness toward other people in need.  He was a regular contributor to many charities including Hospice, International Justice Mission, and Charity Navigator.

Peter was born in San Francisco to Nick and Mary Franusich, and grew up on his parents’ farm in Sacramento.  At age 14 he began playing his saxophone and clarinet with non-union bands, and joined the Musicians Union at age 16.  Peter played in Cuban band leader Daryl Harpa’s band while they were in Sacramento and played with them for 21 nights in a row in 1943 at Cocoanut Grove in Santa Cruz.  During the day he would go over to the military hospital across from Cocoanut Grove and play for the recovering soldiers.

Peter joined the Marines on April 14, 1944, and was given the choice of two ships docked at Mare Island, the USS Indianapolis and the USS Birmingham.  He chose the USS Birmingham and arrived at Iwo Jima just a few days after the battle started and stayed until it was over.  The USS Birmingham then went on to Okinawa.  On May 4, 1945, the USS Birmingham was hit by a suicide bomber and one-third of those aboard the ship were killed or wounded.  Peter was seriously injured yet recovered in the Fleet Hospital 112 in Guam.  He received the Purple Heart.

Peter was an educator who worked for the majority of his career as a counselor, foreign student advisor, and teacher at San Jose City College.

Peter and his family moved from Santa Clara to Los Gatos in 1962 where they built their home and lived for 55 years before moving to Aptos.

Peter and Jane were active members of Saratoga Federated Church for many years.  After their retirement they enjoyed cross country skiing, ocean kayaking, High Sierra hiking, and trips in their Piper Cherokee airplane.  They loved to travel, but were especially fond of their trips to the Big Island of Hawaii.

Peter was a loving husband of 70 years to Jane Franusich of Aptos; beloved father of Jeannine Franusich Ando and her husband Stephen of Santa Cruz, Nancy Franusich Jayne of Palm Springs, Michael Franusich and his wife Emily of Upper St. Clair, Pennsylvania, and Pete Franusić and his wife Maria of El Paso, Texas; cherished grandfather of nine and great-grandfather of six.

To send flowers to the family or plant a tree in memory of Peter Franusich, please visit Tribute Store

Share Your Memory of
Peter
Upload Your Memory View All Memories
Be the first to upload a memory!
Share A Memory
Send Flowers