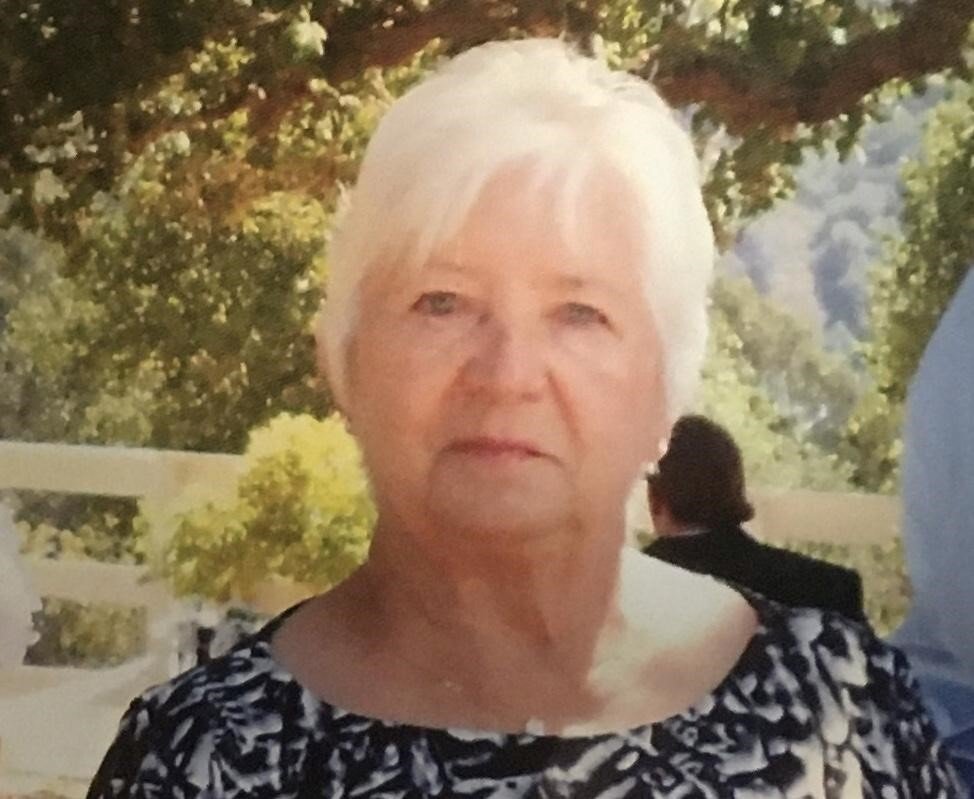 A Mass of Christian Burial will be held on Friday in Capitola for Krystyna Heitmeyer who passed assay at the age of 79.  Born in Katowice, Germany, which was Poland before her birth.  Her father Eryk, was at the epicenter of the onset of WW II, serving as a soldier for the Polish Army, which was quickly sucked into the rage of Nazi Germany.  His vocation and his skills as a train engineer and mechanic were utilized by Nazi Germany. Refusal to follow orders could only lead to death. Miraculously, Krystyna and her sister were both conceived during short stopovers that Eryk was able to have during his time as a slave to the Nazi Regime.  After producing two offspring with his wife Aniela, Krystyna’s father was soon swept away and his two infant daughters could never picture having a father as they grew older.  Little did Eryk’s small family know that he was captured at the war front in Leningrad, Russia and taken to concentration camp where he was fed rations of bread, water, and onions; arriving skin and bones in 1950 following 6 years as a prisoner in a Siberian camp.
Following Eryk’s return, Krystyna’ family did the best they could to live under communist Russian rule.  Luckily, Krystyna’s Aunt Rose (Eryk’s sister) married an American soldier stationed in Germany.  This helped pave the way for the small Kusz family to reach the United States. Krystyna’s father and sister first arrived in Santa Cruz in August of 1965, and on July 13, 1966, Aniela and her daughters arrived here.
The hardworking Kusz Family put their entire God given talents to work in the Santa Cruz Community.  Krystyna went straight to the assembly line where she worked in the canneries.  On December 21, 1968, Krystyna married Roger Allen Heitmeyer and later gave birth to Ann Elizabeth and Roger II.
The Heitmeyer and Kusz families chose wisely settling in the beautiful Santa Cruz Gardens neighborhood. Krystyna was a tremendously talented homemaker who enjoyed cooking, baking, and harvesting the fruits and vegetables she grew with her “green Thumb”.  She would do anything for her daughter Ann Elizabeth and son Roger II, and all of her family and friends.  Krystyna supported her daughter and son through all of their academic, athletic, and social endeavors.  She had the privilege to be a volunteer teacher’s aide in virtually every elementary classroom that her children where in.  Her Polish accent and the love she portrayed to the children landed her a custodian position with the Soquel Elementary School District. With a  smile and deep connection with all classroom teachers and of course, principals, Krystyna made sure the classrooms, bathrooms and school grounds of Santa Cruz Gardens , Soquel Elementary, New Brighton Middle School, and Main Street Elementary Schools, were spotless. Krystyna put in a solid 20 years of service with the Soquel School District as an employee, and countless hours as a volunteer.  She spent the last years of her life doing what she loved most which was providing for her granddaughter’s  Hannah Isabella and Sofia Allesandra, with the same devotion that she had previously shown for her own children.  Krystyna had a special affection for her daughter-in-law Marisela and her family who came from Mexico. Krystyna loved and adored this extended family of hers, and was passionate about her walks in Santa Cruz Gardens with her beloved canine companion “Brady”, and her best friend and neighbor of 43 years, Joy Lovell.
Krystyna is survived by her son and daughter-in-law Roger Heitmeyer II and Marisela Heitmeyer; her granddaughters Hannah Isabella and Sofia Allesandra; her sister Urszula Lumsden, and her dog Brady, and a host of lifelong friends that she felt blessed to have throughout her 56 years as a “model immigrant citizen”.  She was preceded in death by her husband Roger A. Heitmeyer, her daughter Ann Elizabeth, and parents Aniela and Eryk.  She will be laid to rest in a private ceremony at Holy Cross Cemetery beside her parents.  A mass will be celebrated on Friday September 25, 2020 at St. Joseph’s Catholic Church (435 Monterey Ave Capitola, CA.) beginning at 9:00 A.M.

To send flowers to the family or plant a tree in memory of Krystyna Heitmeyer, please visit Tribute Store
Friday
25
September