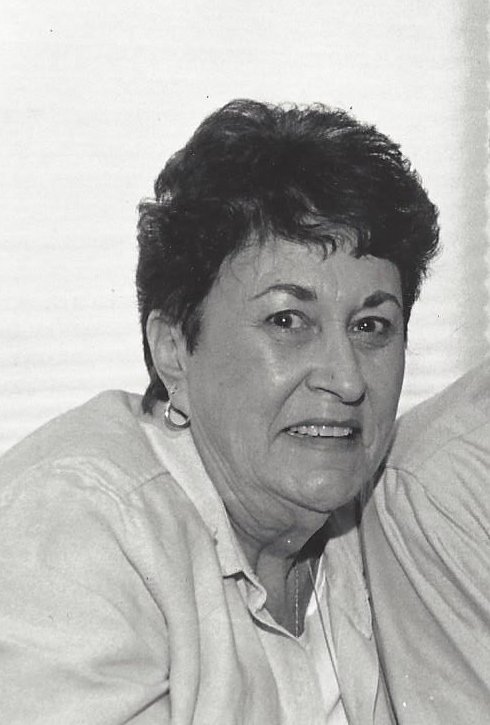 Beverly passed away peacefully at home with her beloved family at her bedside.  Beverly was born in Wisconsin and moved with her family to southern California when she was 2.  She met the love of her life, Bill, at the age of 15 and they married when she was 18.  They, along with their three children, moved to Santa Cruz 62 years ago where she raised her family and cherished the lifelong friendships they had made here.

She retired from U.C.S.C. where she was the assistant to the vice chancellor for more than 30 years. She loved her time there and often spoke fondly of many of her co-workers.

Beverly later worked as the office manager at St. Joseph’s Catholic Church in Capitola where she was an active parishioner as well. Beverly was a talented artist who worked with oils, an accomplished Bridge player and was an avid reader.  She was an amazing cook, especially Italian cuisine, taught to her by her mother and passed on to her children and grandchildren.  She was affectionately known as “Nannie” to her beloved grandchildren, great grandchildren and anyone who knew and loved her.

She leaves behind, and will be greatly missed by all who loved her, including: her daughter, Deborah Cypert, son Pete Dutton, son and daughter in law Bill and Michelle Dutton, her grandchildren: Peter, Lea, Mary, Bobbie, Crystal, Tyler, Alex and Erika; and 14 great grandchildren.  She also survived by her two sisters: Evelyn Dutton and Patricia Hazard.  She is preceded in death by her husband Bill who passed in 2002.

A mass will be held, Monday, October 5, 2020 at St. Joseph’s Catholic Church, 435 Monterey Ave.  Capitola, beginning at 11 a.m.   She will be laid to rest in a private ceremony at Santa Cruz Memorial Park with her husband of almost 50 years.

To send flowers to the family or plant a tree in memory of Beverly Dutton, please visit Tribute Store
Monday
5
October