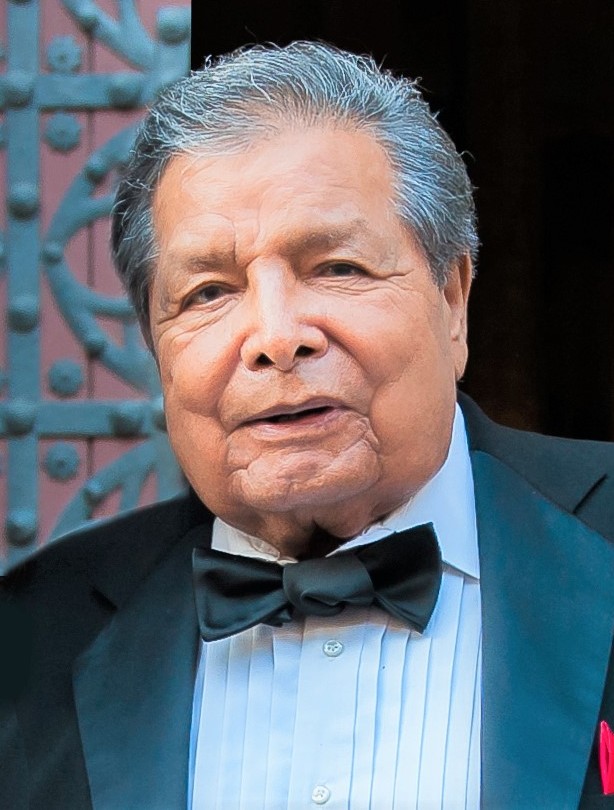 Alfred Ramirez passed away on October 10, 2020 in San Jose, California at age 85. Born on December 14, 1934 to Juana Francis Ramirez and Francisco Gutierrez, he was a native of Scottsbluff, Nebraska, where he met his future wife when he was 5-years-old. After graduating from Scottsbluff High School in 1953, Alfred joined the US Navy at age 19.  He served as Aviation Electronics Technician 2nd Class (AVT2), a Korean War Veteran, and was sta­tioned throughout the Western Pacific. After serving in the Navy, he made San Jose, California his home where he raised his family. As a civilian, Alfred traveled across the country as a Quality Assurance Rep for Dalmo Victor and Hamilton Standard inspecting aircraft electronics.  Alfred also worked as an inspector at United Technologies’ rocket testing program.

Alfred really enjoyed visiting family stationed at their naval bases, Independence Day parades, and Fleet Week. He loved golf and foot­ball; and never turned down the chance to quarterback a neighborhood game. He frequented the flea market for historical treasures and military regalia.  You could often find him at the Evergreen Inn visiting his family and friends, and would never be caught dead without his Navy Coin.  Alfred enjoyed dancing, especially after he received a kidney transplant from a Puerto Rican donor, which he joked gave him more rhythm. He was a parishioner of St. Francis of Assisi Catholic Church in San Jose. He was also a member of several fraternal organizations: Catholic Cursillo, Knights of Columbus, and Loyal Order of Moose.

A Visitation will be held at Benito & Azzaro Pacific Gardens Chapel, 1050 Cayuga St in Santa Cruz on Wednesday, October 21st from 9:30am to 11:30am. Mass of Christian Burial will be held at St. Joseph’s Catholic Church, 435 Monterey Ave in Capitola on Wednesday, October 21st beginning at 12:30pm with a Rosary Service to follow. Graveside services will be streamed on Thursday, October 22nd at 12pm. Services will be view­able online at  http://alfredramirez.com. There will be a worship reception at Hellyer Park, 985 Hellyer Ave, in San Jose, CA at 3pm in the Sylvandale Group Area. In lieu of flowers, contributions may be made to your favorite charity, or one of Alfred’s: local VA, Catholic Charities, and the National Kidney Foundation.

To send flowers to the family or plant a tree in memory of Alfred Ramirez, please visit Tribute Store
Wednesday
21
October

Share Your Memory of
Alfred
Upload Your Memory View All Memories
Be the first to upload a memory!
Share A Memory
Send Flowers