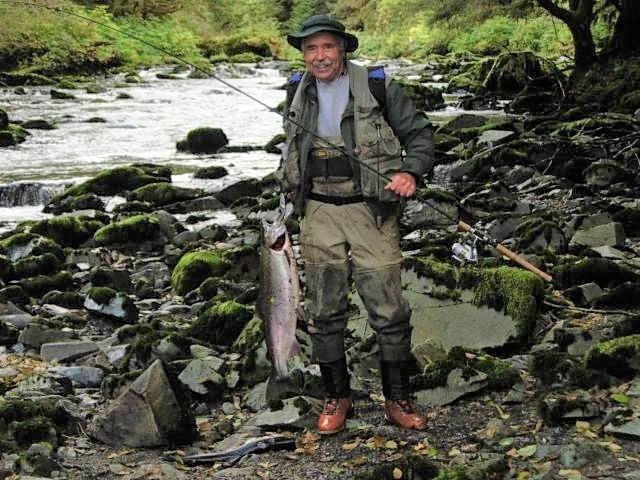 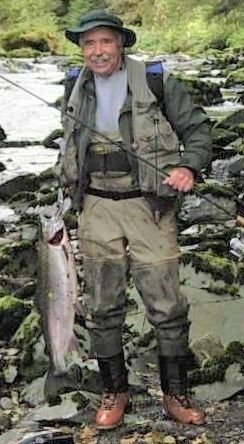 Family and friends will gather in Felton on October 31, to say farewell to a beloved husband, family man, cherished friend and outdoorsman, Rod Seigle. Rod unexpectedly passed away at the age of 81 while on his annual fishing trip with his friends in Alaska. Rod was born in Santa Cruz, graduated from Santa Cruz High School in 1957, and served his country in the US Navy aboard the USS Apache. Following his military service, he returned to Santa Cruz, attended Cabrillo College, and later earned his degree from San Jose State University.

Rod soon joined his grandfather’s business, Darrow Palmer Construction, one of the original construction companies in Santa Cruz.  Over the decades, under Rod’s leadership, Darrow Palmer Construction was the contractor for many of the buildings on the Pacific Garden Mall, including the construction and remodeling for the Good Times Building, Leask’s, Woolworths, JCPenny, Ford’s, and as well as all Country Bank locations.  His firm was also involved in many Boardwalk projects including the fun house, bumper cars, carousel, haunted house, and several restaurants.

Retiring in 2000, Rod’s professional career in construction spanned over 50 years. However, if you ask any of his loved ones or friends, they would say he did not retire until last week in Alaska. He was a master craftsman, gifted with great attention to detail, an uncanny ability to see the world in three dimensions, and always able to imagine the completed project in his mind before he began.  He was very generous with his time and talents and often gave away his labor and expertise for free to friends and family. “Not a problem,” was his mantra, and he loved and welcomed all challenges. At the time of his passing, Rod resided with his wife Linda in the house that was originally built by his grandfather 1937 and had been remodeled by Rod. Years later, he carried on the legacy and built a house with his oldest son.

Those close to Rod marveled at his physical strength and tenacity; although he was aging, he refused to get old. He had a gentle side with a tender heart and a great love for dogs, especially his favorite dog Tucker. In fact, he never met a dog who didn’t become his friend.  Rod was a true perfectionist, a wonderful baker, a freehand artist, skilled snow skier, an accomplished golfer, and an avid fisherman. He was successful at anything he was determined to master. He leaves a wonderful example for his loved ones to emulate.  His lived a full life full of God’s blessings.

Rod was also an active member in the Santa Cruz community including the DeLaveaga Men’s Club, Native Sons of the Golden West, and a former member of the Santa Cruz Rotary Club. He and his loving wife of 57 years, Linda, are members and serve faithfully as ushers at Twin Lakes Church.

For the last 28 years, Rod looked forward to his annual fishing trip to Alaska with his friends. Each year he would long to return, so Alaska was the ideal setting for him to breathe his last breath. Finishing the race and hearing the words, “well done my good and faithful servant,” as he was welcomed home to the arms of his beloved Savior.

Rod is survived by his loving wife, Linda Seigle; his son and daughter-in-law, Rick and Kristin Seigle; and his son Mike Seigle.  He also leaves his brother, Jake Seigle, his sister, Nanette Henneuse; his four grandchildren Tylor, Amanda, Rebekah, Kaitlin; and his great grandchildren, Tasia Weekes and Christopher John “JuJu” Weekes.   He was preceded in death by his mother, Ruth Palmer Seigle, and his daughter, Cindy Seigle.

All are welcome to attend the service at Felton Bible Church at 5999 Graham Hill Road on October 31, at 1pm. Services will be held both indoors/outdoors with accommodations for masks and social distancing. The service will also be available by livestream at https://m.facebook.com/feltonbiblechurch. Any kind acts of charity can be made in Rod’s memory to the local SPCA.

To send flowers to the family or plant a tree in memory of Rod Seigle, please visit Tribute Store
Saturday
31
October