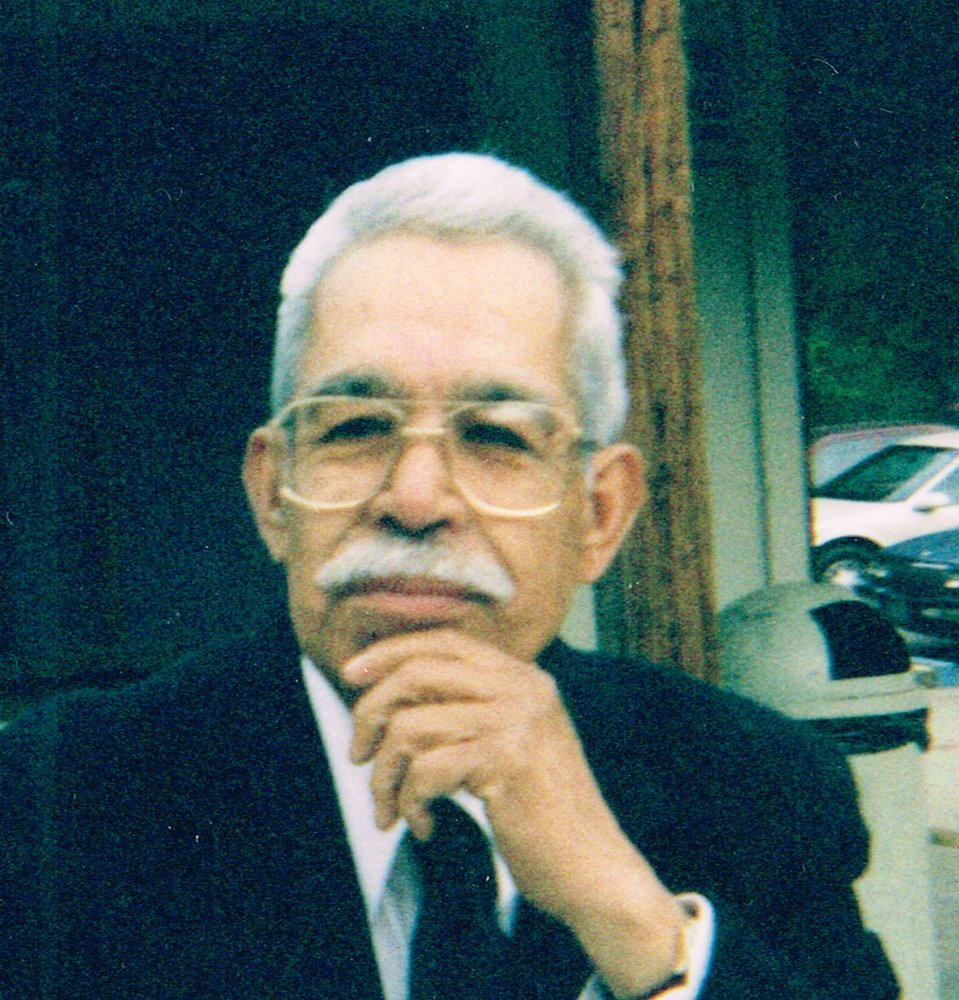 At the age of 90, Marcelino Colin Acevedo passed away on Sunday, October 18, 2020 at his home in Santa Cruz.   He was born on December 11, 1929 in Mexico City.  Marcelino is preceded in death by his children, Mercedes Acevedo, Alex Acevedo and infant son Marcelino Acevedo Jr.  He is survived by his wife Matilde Acevedo of 57 years, his daughters, Dianna Acevedo, Marcy Lauderbaugh (spouse-Larry), son Michael Acevedo, Grandchildren, Eddie Acevedo (wife-Tara Rocha Acevedo), Micaela Elise Guzman, Isabella Rich and great granddaughter, Amelia Karina Acevedo, and numerous nieces and nephews
Marcelino came from humble beginnings and always found creative ways to make money for the survival of his mother and siblings.  In his early twenties, he ventured out to the border town of Tijuana where he supported himself by playing guitar and singing romantic boleros to those who were willing to pay top dollar for the man with a “voice of an angel.” When he sang, it made you cry because you felt the depth of that sadness, hope or love of those songs in which he melodically mesmerized his captive audience.. At every social gathering or family party, he was known to bring his guitar and strum a few cords with his long time and beloved best friend, Joel Cervantes.  It was his beautiful voice that made his wife, Matilde fall in love with him, not by first sight, but by the first song.  They were married in Mexico and returned to the U.S. to begin their family, first in Pescadero, CA, to Davenport and eventually made Santa Cruz their permanent home.  Marcelino began working for Campbell Soup Mushroom Co. in Pescadero, CA, a daily trip of 80 miles.  He finally retired at the age of 65 years old and quickly began his next adventure of starting his own gardening service.  Since this was truly his passion, he didn’t really feel like he was going work. Most of his clients knew his truck by the unapologetic bumper sticker that said, “Same shit, different day.”  Although Marcelino didn’t play a single sport, he used to tell his kids that he was the king of soccer, baseball, basketball and cycling.  You can imagine how many times he was challenged, but he always cough-laughed and whistled his way out.
After being diagnosed with terminal cancer, he was in denial and not because he didn’t believe the professionals, but because he said, that if he had such a “invasive cancer”, then why was he still able to eat the hottest salsa possible, or walk his dog, Milo to the park around the corner, or plant a garden and grow his chilies and tomatoes.  It was his sheer will to live and stubbornness that kept him going, never complaining about being sick.  Marcelino’s passing is an enormous loss to the entire extended Acevedo family and we are even more saddened that we are not able to extend our church and burial services due the Covid-19 pandemic.  We are grateful to the many friends and extended family here and in Mexico that have reached out to us via phone call or social media and that continued display of love will give us the strength to get through this difficult time.  The family gives the most heartfelt thanks to Hospice and especially his nurse Amy Bigard and hospice aide, Fatima Alvarado.  In lieu of flowers, please consider a donation in his name to Hospice of Santa Cruz County.

To send flowers to the family or plant a tree in memory of Marcelino Acevedo, please visit Tribute Store