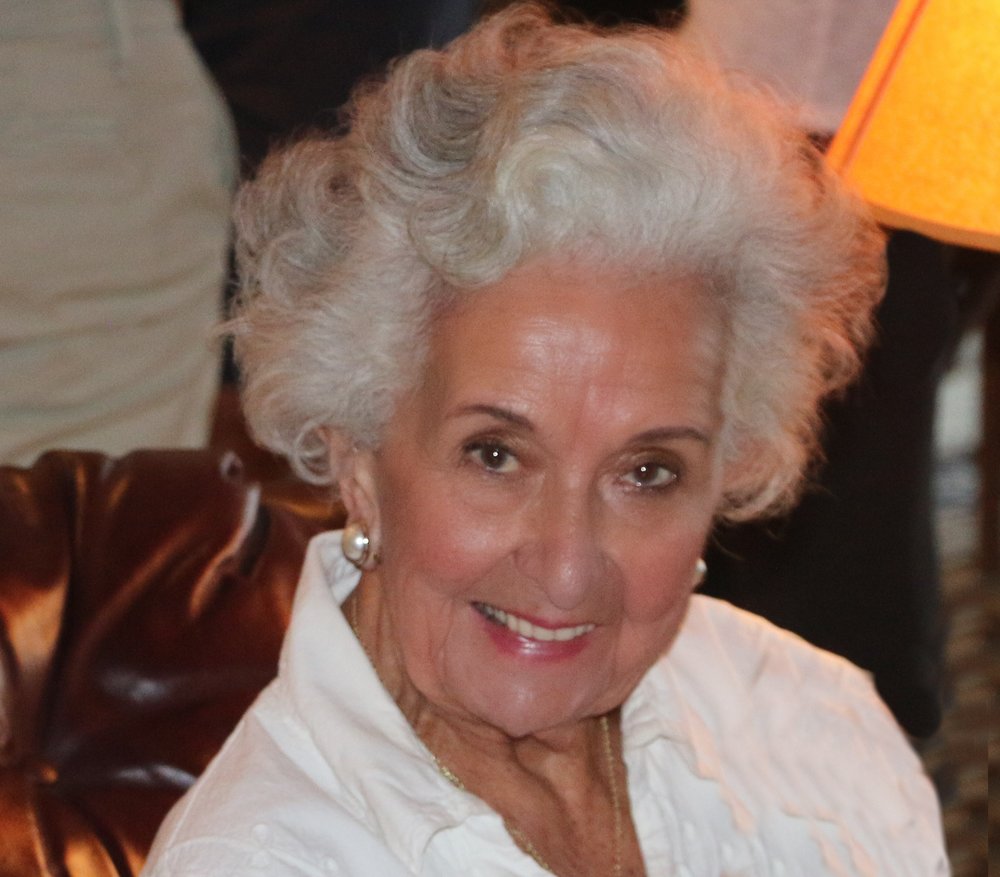 Joyce passed away the morning of October 28th at home, surrounded by her family as was her wish.  She was born in May of 1924. in a sod house in Franklin County, Nebraska.  Her parents, Paul Asa Cacy and Lucille Allen were farmers as were her grandparents.  Joyce recounted how hard life was on the farm and told great stories about farming the land alongside her parents, the ominous tornado's she witnessed and the beauty of the Buffalo who roamed the plains.  The depression forced Joyce and family to head west via Overland Whippet to Oregon where she spent most of her childhood with extended family nearby.   At age 16, she chose to live with an Aunt so she could work in her diner to earn money for college.  She attended St. Helens College for Women, graduating in 1942.  Post-graduation, she took advantage of the Army Cadet Nurse Corp education and earned her nursing degree in 1946. Nursing was her calling, working in many disciplines during her 40-year tenure.  In 1948, she applied with United Airlines to become a stewardess as at the time all flight attendants were required to be RN’s.  She was hired on the spot and a new adventurous chapter in her life began.  She met and married Pat Boling in 1948, a pilot and Captain for United Airlines.  They enjoyed many travel adventures together and formed life-long friendships.  The young couple moved to Palo Alto, CA where they raised their (4) children:  Kevin, Bonnie, Keri and Jillian, tragically losing their beloved Bonnie to a brain tumor in 1954.  The family enjoyed many years of outdoor adventures from hiking, snow skiing and water sports.  Joyce was known to pack up the kids and drive to their Squaw Valley cabin even in blizzards.  Many summers were spent in the Northwest with Joyce's sisters & extended family – enjoying long hot summers on the St. Joe River and rural Oregon. A divorce in 1965 motivated Joyce to create a new chapter in her life near the beach in Aptos, CA.  She was thankful for this decision as she made many new friends and fell in love with the natural beauty of the Monterey Coast.  In 1978, she found love again and married Bernard (Barney) Quinn which ushered in a lovely new chapter in her life filled with travel, beach life and new friends.  Barney passed away in 1984 and she once again forged a new chapter in her life.  Joyce loved entertaining, playing the piano & singing for friends and family and was known for cooking scrumptious meals for guests and family.  She dressed to impress and her style reflected the person she was: colorful, a bit sassy and full of life.  In 2012, she sold her home in Aptos and moved to Dominican Oaks (DO).  She ended up loving it there, taking advantage of the many outings (her favorite was the symphony), playing Mah-Jong on Tuesdays and dining with beloved friends & family.  Joyce also had an enduring faith and attended weekly Bible studies at DO.    Up until her last days, she insisted on looking her best – make-up, colorful clothes and earrings!  Her grandchildren and great grandchildren were her pride and joy and loved watching them grow. She leaves behind three children: Kevin and Nancy Boling of Couer D’ Alene, Idaho; Keri and Roger Swenson of Santa Cruz, CA; Jillian and Butch Dugger of Rogers, AR, two sisters, Cacy Munson and Sonja Harvey; seven grandchildren: Sierra, Emily, Marisa, Jillian, Robbie, Luke and Lance and seven great grandchildren: Ella, Madeline, Claire, Lily, Maguire, Hadley and Porter.  She is preceded in death by her husband Bernard Quinn, daughter Bonnie Jean Boling and great granddaughter Breanna Rose.  Private burial will take place at Golden Gate Cemetery with a family celebration to be held in the summer.  In lieu of flowers, please donate to the Santa Cruz Symphony or Hospice of Santa Cruz.

To send flowers to the family or plant a tree in memory of Joyce Quinn, please visit Tribute Store

Share Your Memory of
Joyce
Upload Your Memory View All Memories
Be the first to upload a memory!
Share A Memory
Send Flowers