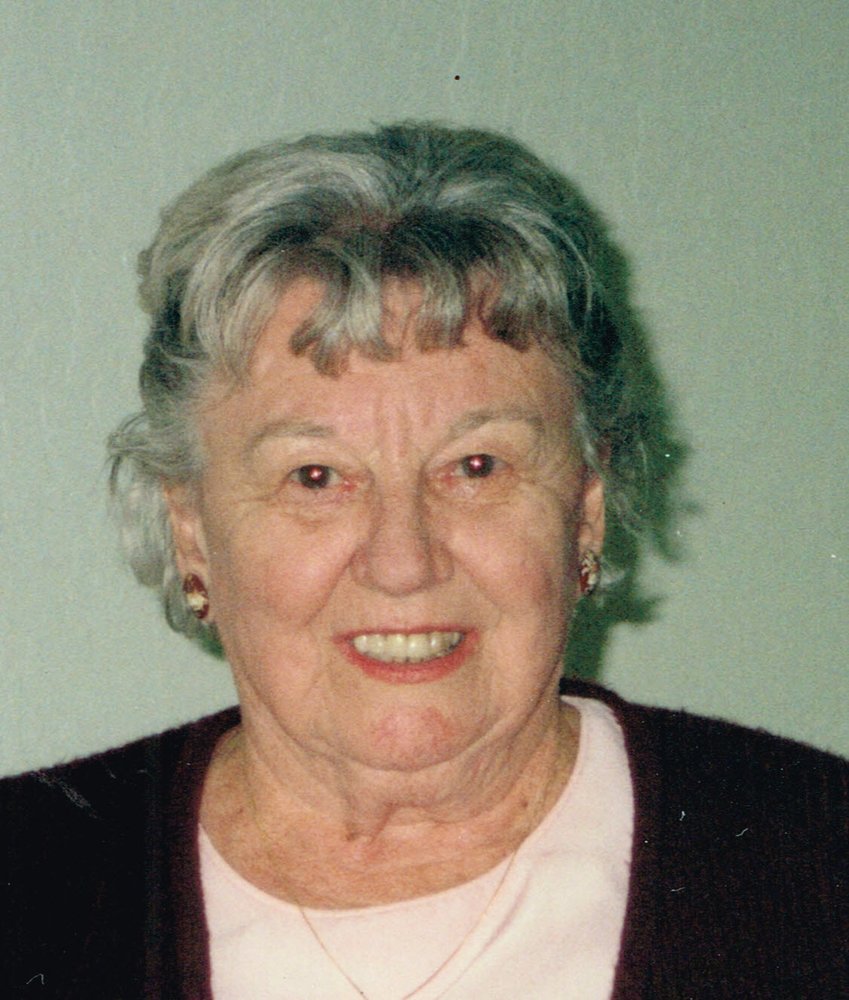 Private family services will be held on Friday for Helen Heinze who passed away in Santa Cruz at the age of 96.

Born in Noua Besenova, Banadt Romania, she left her homeland going through Canada to the United States in 1938; escaping the oppression of the Nazi Regime and the communist retaliation following World War II.

Helen’s birth mother died when she was only 3 years old and she was raised by her grandparents, since her father had moved to America.  Her father returned to Romania to bring her Chicago where she was joined by her wonderful stepmother, stepbrother and stepsister.  After living through the war years in Chicago, she traveled to Los Angeles to visit relatives.  There, she met and later married William Heinze. It was also in Los Angeles that she gained her American citizenship and gave birth to her two children. Following 8 years in Southern California, the family moved to Santa Cruz in 1955, settling in the Live Oak District.

Helen was proud of her involvement as co-owner with her husband in the botanical labeling industry.

She was very active in both civic and charitable organizations including the Business and Professional Women’s Club, United Scleroderma Foundation, and as a volunteer with Dominican Hospital Auxiliary.

Helen cherished the many friendships that she made in the years of living in Live Oak, and as a resident at 870 Park Avenue Condos in Capitola, and later at La Posada and Paradise Villa. Her family will always cherish many memories of her love for children, and the beautiful hand knitted and crocheted baby clothing that she made for her family and any expecting mother she knew of.  Affectionately she was known not only to her grandchildren, but also many children outside of the immediate family as “Grandma Helen”. Her generosity and kindness was a testimony to the way she lived her life.  She was a familiar face at the Mid County Senior Center, teaching numerous seniors how to play Dominoes.

Helen was a longtime member of Live Oak United Methodist Church and later attended Our Lady Star of Sea Catholic Church and St. Joseph’s Catholic Church in Capitola.  She was a phenomenal cook able to prepare many German dishes and cookies and also learned to cook the local wild game caught by her husband and kids.

A Catholic Blessing Ceremony will be held on Friday, November 13, at Benito and Azzaro Pacific Gardens Chapel beginning at 11 a.m. A larger ceremonial gathering is being planned for next spring.

She will be laid to rest beside her late husband William Heizne who preceded her in death in 1994.

Any kind acts of charity can be made in her memory to your favorite charity.

To send flowers to the family or plant a tree in memory of Helen Heinze, please visit Tribute Store