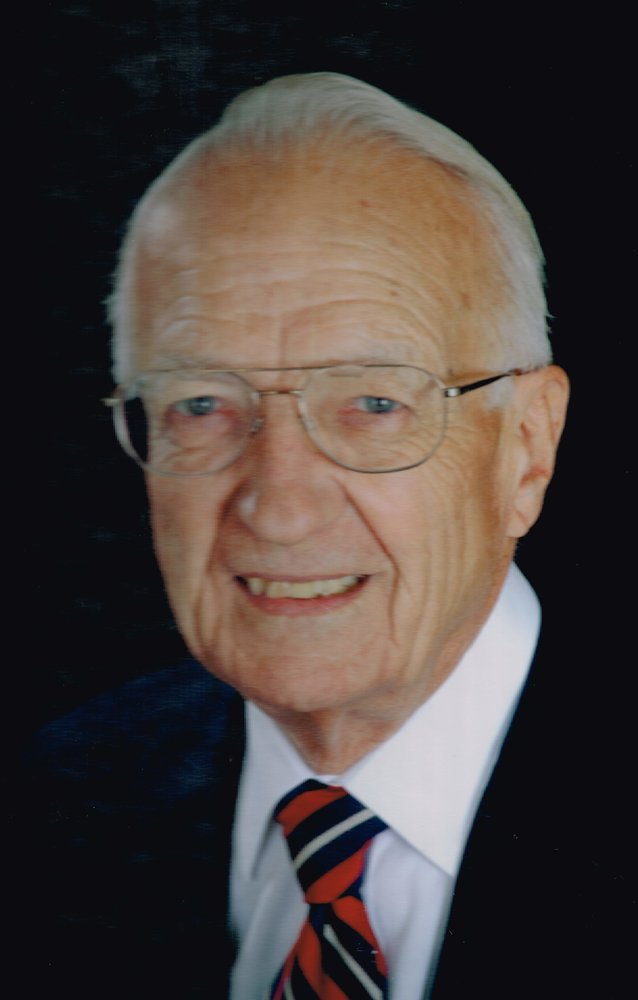 We are deeply saddened to announce that our beloved father, Dr. Frank Brau, passed away peacefully on November 19, 2020.  Dad was a true renaissance man, a student of both mathematics, medicine and science, as well as the arts.  Because of his encyclopedic knowledge and real-world experiences, he was the best competitor to never have appeared on the game show Jeopardy!  He was a voracious reader of all genres of literature, an American history buff, an enthusiastic follower of play writers, scriptwriters, musicians, singers (especially operatic) and artists of all mediums.  He had been a season ticket holder for the Santa Cruz Symphony since 1963.  In keeping with his keen mindedness, his thoughtful demeanor, his generous and wise soul, and his truly gentle nature, his favorite fictional character was Don Quixote.  He was inspired by the Spaniard’s optimism, positivity and desire to always reach for one’s best.  Dad had all those qualities in spades!
Frank was born in Wahoo, Nebraska.  When he was ten years old, his pharmacist father moved the family to Humphrey, Nebraska, where he opened The Brau Drug Store. Frank was so formed by that small community.  He attended St. Francis School and served as an altar boy at that church.   Each week he assisted the parish priest with five daily masses and one Sunday mass until Frank finally left for college.  The extent of that man’s faith has no equal; it brought him immeasurable joy and was the core of how he conducted himself, made life’s choices, and shaped who he ultimately was.   An active member of both Holy Cross and San Agustin Parishes, dad was ever mindful of the Lord's call to worship and active charity, with a preference for the vulnerable.  When he was selected to receive communion from St. Pope John Paul II in September of 1987 at Laguna Seca, it became one of his most prized memories. This richness of faith was passed onto his children.
Dad worked as a soda jerk at his father’s drug store, and banana splits were his forte.  During one weekend when the splits were on special, he made 250.  His kids can attest that he made a mean ice cream sundae, had perfected the perfect ice cream scoop and made the thickest milkshakes ever!   He was also in charge of putting together the Fourth of July fireworks display in the store window.  He took it upon himself to try out each pyrotechnic, so he was the ultimate salesman for this product.   Frank would forever appreciate a large firework display.  He would attend those put on by the cities of Capitola and Santa Cruz, as well as Scotts Valley.  He always brought along a bag of homemade popcorn.   The best displays, he believed, were put on by his beloved Oakland A's and he loved that they would light up the sky over the entire summer, not just on Independence Day.   While living in Pasatiempo he brought the joy of the 4th to Brooktree Lane by co-hosting the 4th of July get together where the neighborhood community came to share this holiday.

He attended medical school at Creighton University and felt his passion was the specialty of Urology.  Frank served an internship in that field in Detroit, Michigan before he was commissioned as a Naval chief medical officer in Long Beach, California aboard the U.S.S. Haven.  He did not have to make all these moves alone, because he had met the love of his life, JoAnn, while he was training at the teaching hospital in Omaha and she was the administrative assistant to the chief surgeon.  JoAnn dubbed them the “fun couple” and they were true and complete partners for 61 years, until her death in 2017.  Once his commission was served, he remained in southern California while he completed his residency at the VA hospital in Long Beach.
Family was central to the life Frank built with JoAnn and they endeavored to pass their values onto their children by pouring their heart and soul into raising kids who cared for each other and knew their role in the world was to carry on the values that Frank and JoAnn cherished: faith, hope and love.  Through countless games of Pitch, dinner at the table (always at 6:30), a home open to friends,  and family vacations meant to connect and inspire, the household was full of joy, fun and laughter.  His favorite holiday was Thanksgiving.  He was fortunate to have his entire family at his table every year; no one wanted to miss his unique way to celebrate our blessings! This one special day was turned into an entire weekend of food, touch football games, gazing at the redwoods, poking into tide pools at Natural Bridges, and culminating with a concert played by Dad on his guitar.
In 1963 he packed up the car with his family and headed to Santa Cruz where he opened a private practice in Urology.  He was only the second urologist to ever set up practice in Santa Cruz County We recall him being called out late at night, on weekends, and holidays, and he would go off with purpose, compassion  and conviction.  He always spoke with respect of his many colleagues through the years, particularly the committed staffs of the hospitals he worked at  here in Santa Cruz:  Sisters Hospital, County Hospital, Community Hospital, and finally, Dominican Hospital.   He was proud to serve as Chief of Staff at both Community and Dominican Hospitals.  Dad worked in private practice for 40 years and after his retirement in 1998 he was an outpatient urology consultant at the VA Clinic in Monterey until 2011. Frank showed the human side of medicine in its purest form.  He loved his patients and his patients loved him.   He often voiced his concern that technology was replacing the doctor-patient relationship and was a strong advocate for devoting resources to “care first.”  He succeeded in maintaining personalized care in an era when a computer screen can replace eye contact and saw the time he spent with his patients as having the utmost value.
There are not enough positive words to describe Frank.  He was intelligent, peaceful, sincere, kind, loving, generous, energetic, and fun-loving.  Frank always said that his life wildly exceeded anything he could have imagined.  His greatest satisfaction and pride came from his exceptional marriage to the love of his life, a family where he viewed their accomplishments with support and enthusiasm, a career where he could compassionately serve those who came to him for assistance, and a faith of the deepest depths.  We are so satisfied to know that Dad and Mom are reunited now and back together for more adventures.   Frank was preceded in death by his oldest son, Frank III, and survived and sorely missed by his daughters Andrea Brau Miller (Tony), Gretchen Brau Coyle (Dan), sons Peter Brau (Beth) and Steven Brau (Debbie) along with seven grandchildren and two great grandchildren.  Frank may have left this world, but there is no doubt that his legacy and spirit will endure.
Friends may pay their respects At Benito and Azzaro Pacific Gardens Chapel in Santa Cruz on Thursday, December 3, 2020 from 1 p.m. to 3 p.m.  A recitation of the Holy Rosary and evening vigil ceremony will follow at 4 pm.  A private funeral mass will be held for Frank, surrounded by the children and grandchildren who loved him so.  He will be laid to rest beside his beloved JoAnn, at Holy Cross Mausoleum in Santa Cruz.  Remembrances may be made to Dominican Hospital Foundation at supportdominican.org/donate or Santa Cruz Symphony at Santacruzsymphony.org/donate.

To send flowers to the family or plant a tree in memory of Dr. Frank Brau, please visit Tribute Store
Thursday
3
December

Recitation of the Holy Rosary

Share Your Memory of
Dr. Frank
Upload Your Memory View All Memories
Be the first to upload a memory!
Share A Memory
Send Flowers