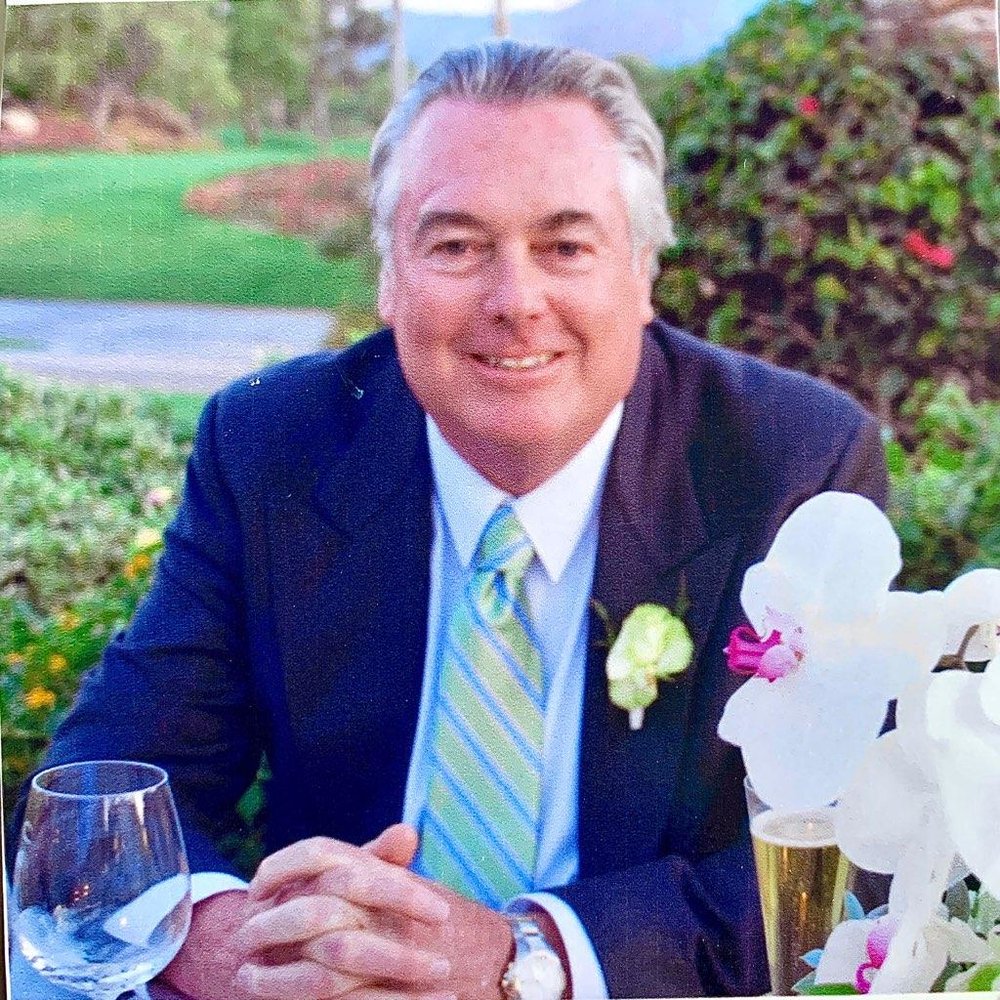 Mark Phillip Holcomb, 68, passed away on November 16th, 2020, at his home in La Selva Beach, CA. He was a devoted family man, a successful business entrepreneur, a sports fanatic, and an avid supporter of the Aptos community.

Mark, also known affectionately as “Big Cat” to those who knew him well, was born on May 4th, 1952 in Merced, CA, to Lois and Charles Holcomb. He was active from the start and walked by 10 months;  this desire to “get moving” would stay with him for the rest of his life. He spent his youth involved in school and sports activities of all kinds. At an early age, his family moved to Napa, where his younger brother Grant was born, and later to Orinda, where Mark played football, baseball, and basketball at Miramonte High School. Mark was a graduate of the Miramonte High Class of 1970.

Mark obtained his real estate broker’s license by the age of 21, becoming the youngest real estate broker in Santa Cruz County. He attended college at Cal Poly and then San Diego State University, where in 1975 he received a BA in Business Economics with a minor in Real Estate. It was there that he met the love of his life, Kay Gill. Mark and Kay were married in Incline Village, Nevada, on August 7th, 1976.

After their wedding, Mark and Kay moved to Aptos and started a family. Mark soon joined his father in a family real estate business. The Holcomb Corporation went on to make a deep impact on the Aptos-Seascape area, developing such projects as the Seascape Village Shopping Center, Palapas Restaurant, Seascape Resort, Seascape Ridge, Racquet Landing, and Seascape Uplands, as well as many other single- and multi-family projects within Santa Cruz County. Mark’s wife Kay staged interiors for their projects, and they were a phenomenal team for over 40 years. Mark dreamed of creating spaces where generations of families could come together and share memories, and he brought this dream to life through his mastery of creative financing, development management, and perseverance.

Mark was recognized with numerous awards for his achievements and contributions. In 1994, he received the “Best of the West-Gold Nugget Award” from the Pacific Builders Conference for Best Specialty Hotel/Resort Property for the Seascape Resort and Conference Center. The Aptos Chamber of Commerce awarded The Holcomb Corporation “Business of the Year” in 1995, and Mark was awarded “Man of the Year” in 2006. In 2019, Mark received an honorary membership into the Aptos Sports Foundation Hall of Fame for his contributions to the Aptos community and local school athletic programs.

Mark loved his family and friends, Willie Mays and the San Francisco Giants, family trips to Mexico, Palm Springs, and Lake Tahoe, and sports of all kinds. He proudly hosted the annual Anchovy Open golf tournament at the Aptos-Seascape Golf Club for over 30 years, which raised money for the Santa Cruz Special Olympics. His long-time friends came annually to play in the tournament, and the tradition always made his year. Recently, Mark further followed his love of golf and acquired part ownership in the Aptos-Seascape Golf Club, where he was a former Men’s Club President.

Mark was preceded in death by his father, Charles Holcomb, and his brother, Grant Holcomb. Mark is survived by his wife of 44 years Kay Gill Holcomb, his mother Lois Holcomb of Aptos, CA, his daughters Kyla Holcomb Piramoon of Soquel, CA and Keri Holcomb Hope of Santa Barbara, CA, his grandchildren Tessa Hope, Nicolas Piramoon, Camila Piramoon, and Carolina Piramoon, as well as his many nieces and nephews.

The family wishes to extend their deepest appreciation to the entire community for its outpouring of love and support. In lieu of flowers, charitable donations may be made in Mark’s honor to the Aptos Sports Foundation at www.aptossportsfoundation.com/donate or to The Dominican Hospital Foundation www.supportdominican.org/donate.

A memorial “tribute room to Mark” will be set up at Seascape Resort from November 28th-December 31st, 2020. Please stop by to pay tribute to and celebrate Mark’s life. Reservations may be made online at https://markholcomb.getomnify.com.

To send flowers to the family or plant a tree in memory of Mark Holcomb, please visit Tribute Store

A Memorial “Tribute Room to Mark"

This will be set up at Seascape Resort from November 28th-December 31st, 2020. Please stop by to pay tribute to and celebrate Mark’s life. Reservations may be made online at https://markholcomb.getomnify.com.

Share Your Memory of
Mark
Upload Your Memory View All Memories
Be the first to upload a memory!
Share A Memory
Send Flowers