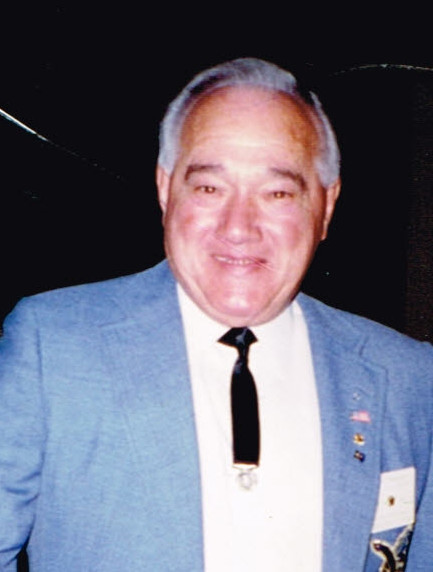 Stephen Tramonte, age 93, a long time resident of Soquel, passed away on November 22, 2020. He is survived by his long time companion of 31 years, Lorena Oakes, and her two children, Allyson and Brian, who both adored him and considered him their stepdad. He is also survived by his daughter Susanne Price and son, Anthony Tramonte, both residing in Oregon, his sisters Elizabeth (Robert) Lassere and Mary Rose (Jerry) Brown, both residents of Louisiana and his brother Lonnie (Darlene) Tramonte of Texas. He has 12 grandchildren, 27 great grandchildren and 15 great, great grandchildren 13 nieces and 13 nephews.

Stephen was born and raised in Lutcher, Louisiana. He attended Lutcher High School and studied a short time at LSU while helping his dad in the family grocery store. He then joined the merchant marines, travelling the world and meeting his future wife, Birte Larsen, in Denmark. They were married and returned to Louisiana eventually settling in San Jose, California where they raised their family. He then built a new home and moved to Soquel.

He worked in the grocery business for many years and eventually became a real estate agent for Wellington Realtors in Capitola.

He was a member and past president of the Fraternal Order of Eagles in Santa Cruz. When he wasn’t busy with the Eagles you could find him cooking up some Cajun food or digging in the garden.

Due to Covid-19, there will be a private graveside service on December 11 at Soquel Cemetery.

To send flowers to the family or plant a tree in memory of Stephen Tramonte, please visit Tribute Store

Share Your Memory of
Stephen
Upload Your Memory View All Memories
Be the first to upload a memory!
Share A Memory
Send Flowers