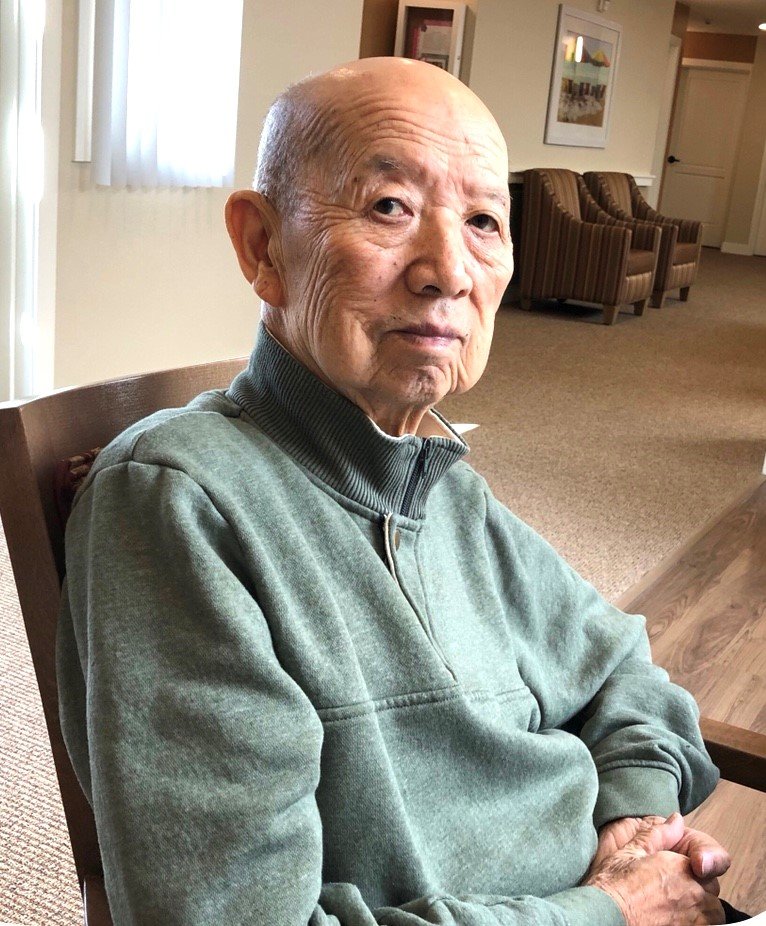 We are deeply saddened to announce that Jun Lee passed away peacefully on December 3, 2020.  His last years were spent at Westwind Memorial CareFacility in Santa Cruz.  He was the son of Gue Shee Lee and Sung Si Lee and the youngest of seven siblings: George Lee, Emily Lee Ow, Rose Lee Wong, Wee Lee, Young Lee and Luella Lee Yien Churchill. He grew up in Santa Cruz’s tiny Chinatown and like all his brothers he worked as a Santa Cruz Sentinel paper boy and threw papers accurately from his bicycle down Pacific Avenue. He saved his shoe shining kit that he would setup at his favorite locations and meet local business men.  Everyone in the family worked at jobs to help provide food on the table.  The recently completed Chinatown Bridge Dragon Gate Monument is a tribute to the early Chinese Pioneers and the people who lived in Chinatown—exemplified by Jun.

Jun was born on February 12, 1936 in Santa Cruz and attended local schools. He was a proud member of Santa Cruz High School’s Class of 1954.  He received his BA degree in Business and Industrial Arts at Santa Jose State College continuing with graduate work in Regional Planning.  He later received a BS degree in Industrial Design in 1961.

He was patriotic and believed in his country and in that spirit he joined the Marines and was a Reservist graduating from Marine Corps Boot Camp in San Diego.  He began his career working as an engineer in the missile system industry.  In 1968 he joined the pioneering staff for the City of Scotts Valley as their first Planning Director and Assistant city Manager.  He served six and a half years on the Scotts Valley City Council. In 1981 he was selected by his fellow council members to be Mayor, the first Mayor of Chinese ancestry in the Monterey Bay Region.  After leaving politics he devoted his time to his property investments.

Jun belonged to the Free & Accepted Masons of California, Santa Cruz-San Lorenzo Valley No. 38 and Past President of Rotary Club 5170 as their International Representative.  His passion was in the area of International Service.  Representing Rotary he traveled with his wife to China with Assist International to install cardiac monitoring equipment for the Beijing Children’s Hospital.  He also represented Rotary on a joint medical project to Ullanbatar Mongolia.  In 1998 he was part of the Friendship Exchange Program to major cities in China, including Beijing, Xian, Chong King, Shanghai,Pudong and Suzhou.  He continued to volunteer with Assist International traveling  to Guatemala helping with a Hospital project for native Mayans and was a contributor to the medical project in  Rwanda.  In 2008 he initiated a project to serve one million bamboo farmers in Hunan, China with Assist International, Rotary District 5170 and Maria Yee Furniture.

He was one of the founding fathers of the Scotts Valley Sportsman Association and was elected president in 1970.  He was instrumental in establishing a shooting range for club members and the Scotts Valley Police Department.  He loved to go Elk and Pig hunting in Colorado and Idaho with his hunting buddies and family.  Jun and Carol were active volunteers as Docents for the Wilder Ranch for many years.  He contributed fabulous memories as he guided tours through the Wilder kitchen building where his dad worked for almost 20 years. Jun’s stories were very popular with the public.

He leaves his wife Carol Ann of 52 years and their children: Junneen Lee McCombs(Jason), of ScottsValley, Jon Lee of Santa Cruz, Retired Air Force Major Jeff Gose (Lynne) of Aptos, and Terri Tomlin(Michael) of Washington  along with grandchildren Trevor, Trenton, Dylan, Cole, Elle, Scotland and many niece and nephews.

Viewing hours will beheld at Benito & Azzaro Pacific Gardens Chapel, 1050 Cayuga St, Santa Cruz, CA on Friday January 8, 2021. Family members 1:00pm to 2:00pm then 3:00pm to 7:00pm for the public.  Due to COVID health guidelines and restrictions, masks and social distancing will be required. In lieu of flowers, please consider a donation to the Cabrillo Stroke Center, 6767 Soquel Dr., Aptos, CA 95003 and Assist International Bob Pagett, P.O.Box 66396,  Scotts Valley, CA 95067 or a local charity of your choice in memory of Jun.

To send flowers to the family or plant a tree in memory of Jun Lee, please visit Tribute Store