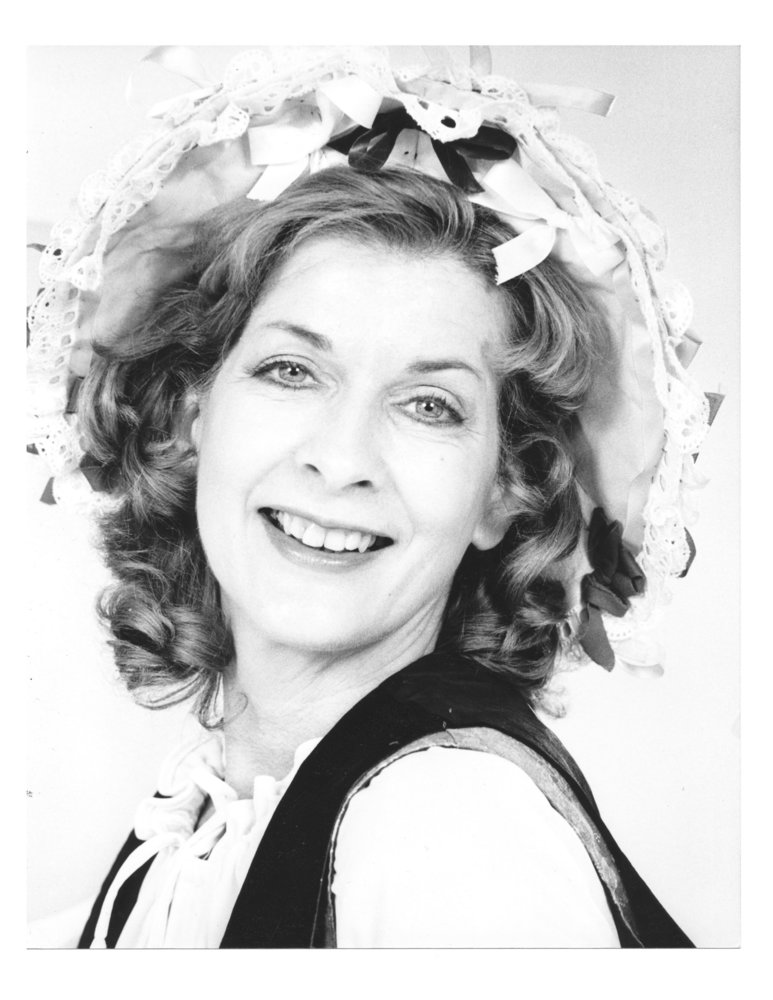 Susan Beville Fish, known as Sunny to her friends, Beville to the art community, and as Ms. Toodle-oo to many now grown children, passed from this life on December 3, 2020 at her home in Aptos, CA.  She was 88 years young and loved by a large circle of family and friends.

A born artist, she had a strong drive to create and produce, “My aim is to communicate aliveness and energy in all my works.”  And she did so over seven decades as an artist, award winning playwright, author, song writer, musician, costume and set designer, director, singer, actress, storyteller, teacher, and gardener.  True to her name, Sunny added beauty, grace, and fun to this world.

Sunny’s childhood was shaped and influenced by the Great Depression, the New Deal, and World War II.  Although there had to be austerity during the war, she was still able to learn to play the piano, to make ceramics and pottery, and she read each of the Oz books, which was one of her special joys.

Orphaned at ten years, her life was not the easiest, but as a young woman she overcame the challenging times by hard work, persistence and by dedication to both her art and to the family she made.

She never gave up on a friend in need or on a family member who may have strayed, and she was a wonderful mother – caring, fun-loving and sophisticated, all while being a mother nature at heart who was protective, strong and such a role model of a life well lived.  She will be in our hearts forever.

Sunny majored in Fine Arts at Scripps College in Claremont, CA where she studied under Phil Dike and Millard Sheets, both leaders in the development of California art. She taught Art, Drama, and English courses in both public and private schools.

While living in Houston, and as part of a literacy and cultural outreach, Sunny created the character of Ms. Toodle-oo. With the help of her hand puppets “Miss Kitty Catta” and “Bunny Foofoo”, she regaled groups both young and old in the re-enactment of classic and modern fables and fairy tales at public libraries, private settings and through community television.

Locally, Sunny taught Drama at the Aptos Academy, participated in “Open Studios” and most recently performed as a member of the Choraliers stage group at the Mid-County Senior Center.  She very much enjoyed the people she met and the friends she made while working as cast, crew or director on the many shows and performances held at the Center.

Raised in Florida and Arizona, Sunny lived in Texas and New York before permanently settling and establishing her home studio in Aptos with her late husband, Dr. Robert Fish.

She is survived by her children Robert, MJ and Roger, John and Tess; grandchildren Dylan, Andrea, Nicole, Jenavieve, Vanessa, and David; and great-grandchildren Owen and Alex.

As a practicing Scientologist, Sunny knew herself to be an immortal being. This journey’s end starts a new beginning, so we wish you a loving farewell and bon voyage.

A celebration of Sunny’s life and works will be held at her Aptos home in the spring.

To send flowers to the family or plant a tree in memory of Susan Beville Fish, please visit Tribute Store

Share Your Memory of
Susan
Upload Your Memory View All Memories
Be the first to upload a memory!
Share A Memory
Send Flowers