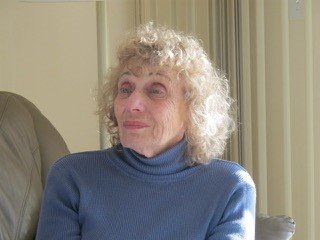 Madelon Gelfond Goldberg Givant, of blessed memory, passed away peacefully surrounded by love with her children (in person and virtually) at Dominican Oaks in Santa Cruz, California on December 12, 2020 at the age of 88.

Maddie was born on December 6, 1932 in the Bronx, New York.  Her parents, Boris Gelfond and Elizabeth Rubin, were Russian Jews who immigrated to America through Ellis Island in the early 1900s (Boris via Argentina, Elizabeth via England).  Maddie had a joyful childhood in a vibrant New York City, with many friends and her brother Norman.  She attended City College of New York, where she met her future husband, Julie Goldberg, and earned her bachelor’s degree in education.  Julie became an electrical engineer. They married in 1954 and honeymooned in Miami Beach. After Julie’s service in the Army, they moved to Plainview, Long Island, where they raised three children, Bonnie, Shari and Robbie.  They purchased a home in a new suburban subdivision and lived the American Dream in the postwar era.  They enjoyed many happy years of backyard birthday parties, school activities, Little League baseball, summer camp and family vacations in Florida.  Julie died suddenly in 1980 and Maddie moved forward courageously supporting her children.

Maddie worked as a public school teacher and a health educator at the American Lung Association.  She was involved in community service and volunteered for a widow’s support group and taught English to recent immigrants. Maddie enjoyed traveling, including trips to Hawai‘i, Saipan, Africa, Europe and Central America.  She loved completing the New York Times crossword puzzle (in pen) and reading thick biographies.  Maddie was a cherished friend and confidante, with great warmth, compassion and a wonderful sense of humor.

Maddie later married Michael Givant, a sociology professor who died in 2018.   They enjoyed many happy years of traveling, birding on the Gulf Coast of Florida, and frequent visits to the cinema.

Although Maddie faced her limitations due to Parkinson’s with grace and courage, the enormous challenges posed by the COVID-19 pandemic contributed to a rapid decline in her health. Our family is eternally grateful to the healthcare community involved with her care at the end of her life. We will forever miss Maddie’s beautiful blue eyes and treasure her bottomless well of love.

Donations may be made in lieu of flowers to: Hospice of Santa Cruz County, 940 Disc Drive, Scotts Valley, CA 95066; website: www.hospicesantacruz.org.

To send flowers to the family or plant a tree in memory of Madelon Givant, please visit Tribute Store

Share Your Memory of
Madelon
Upload Your Memory View All Memories
Be the first to upload a memory!
Share A Memory
Send Flowers