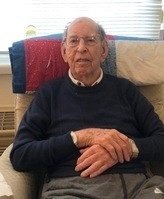 Obituary of Jack B. Jaquith

Jack Burtcher Jaquith passed away on December 31, 2020, at home with his family by his side. He was 101.
Jack, a longtime resident of Modesto, was born in Roseville, CA on September 30, 1919, to Robert and Barbara Jaquith. He had two older sisters, Roberta and Frances. When he was 5 months old, Jack's family moved to Davis, CA where he grew up.
Jack graduated from Davis High School in 1937. He received his degree in food science from University of California at Berkeley in 1941. Jack served in the US Navy for two years from 1944-1946 taking care of radar and transmission on the USS Monitor.
In 1948, Jack went to work for Pacific Olive Company in Visalia, CA. During this time in his life, Jack met and fell in love with his future wife, Dorothy (Dot) Schreiber. They were married on December 31, 1949.
Jack then set up the olive operation for Tri Valley Growers in San Jose in 1956. Later, Jack and Dot moved to Modesto where they built their home and Jack became the manager for process/product research at Tri Valley. Jack retired from Tri Valley in 1982.
Jack and Dorothy remained happily married until her passing in 1995. They enjoyed golf, traveling, socializing with friends and maintained close family ties with their extended families.
In 1996, mutual friends introduced Jack to Jean Hartman. They nurtured a loving relationship and married on March 24, 1998. They shared similar interests and enjoyed life and a happy marriage together until Jean's passing in 2017.
Jack was a former member of Elks, Sirs, Spring Creek Golf Club, and was a member of Calvary Lutheran Church. In his life, Jack enjoyed music and dancing, playing bridge, travel, photography, tennis, and was an avid golfer. He maintained close bonds with his family and enjoyed many close friendships over the years some that began in childhood and lasted a lifetime.
In July 2019, Jack moved to Aptos, CA to be closer to family. He enjoyed walks near the beach, drives along the coast, and music and activities in the community where he lived. On his 101 birthday, Jack reflected on how perfectly wonderful his life has been.
Jack is preceded in death by his spouses Dorothy Jaquith, and Jean Hartman Jaquith. His sisters, Roberta Holland and Frances Rausch. He is survived by stepdaughters Gail Ugstad of Tucson, AZ, Leslie Hartman (Scott Bader) of Aptos, CA. Nieces Sandra Kadonada (Joe) of Palm Desert, Carolyn Eversole (Jim) of San Diego,CA, and nephew Ron Rausch of Modesto. As well, Jack is survived by the adult children of these relatives and their families. Jack was dearly loved and he will be missed by all who knew and loved him.
As an expression of sympathy, memorial contributions may be sent to Hospice of Santa Cruz County, or your preferred Hospice.

To send flowers to the family or plant a tree in memory of Jack Jaquith, please visit Tribute Store

Share Your Memory of
Jack
Upload Your Memory View All Memories
Be the first to upload a memory!
Share A Memory
Send Flowers