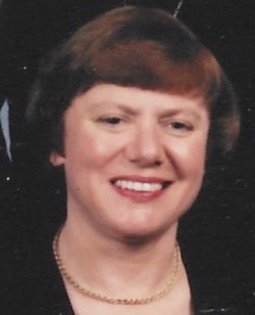 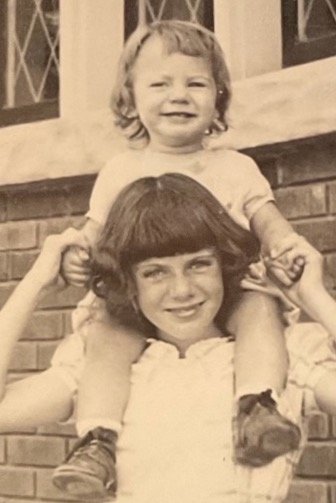 Our dear mother Marie Eleanor Pletsch-Breiling passed peacefully into eternity in her home on January 14th - what would have been the 90th birthday of her husband Ludwig.  She was surrounded by her three children Anne, Mike, & John, along with our dear friends Will & Cameron, after a 10-day stay in Dominican hospital due to a series of complications related to previous cancer battles. The family is so grateful we were able to bring her home to be with her loved ones at the end; her last day with us saw an uninterrupted stream of neighbors, friends, & colleagues passing through to tell her how much she meant to them, with the last face she saw and recognized and smiled at being our dear friend Fr Matthew Spencer who anointed and gave her communion one last time, hours before passing.

Marie was born in 1938 on a remote country farm outside of Walkerton in Bruce County Ontario, Canada, where she was welcomed into a close knit family, parents Ernest & Olive and older brother Bob, with extended family on both sides nearby.  There was no electricity or running water in her early days on the farm, she often told stories about the cellar that kept things cold and how her father would trade milk and eggs for sugar and other luxuries.  We loved hearing her stories about being taken to her one room Otter Creek School by her father via horse & carriage or by sled in the winter. When she was 10 years old her family moved to Walkerton where she attended public school and her parents built a combined store/home with a general store called Silver Creek. Her younger brother Don was born when she was ten and they both often fondly recalled how much she was like a second mother in caring for him while their parents worked.

She moved with her family to Toronto to support her brother Bob as he pursued music studies, graduating Grade 13 at East York Collegiate in Toronto with the highest grades in the entire province.  She had interest in becoming a nurse but was too young, so instead decided to attend the University of Toronto for pre-med and medical school after being encouraged by one of her male teachers and mentors despite the underrepresentation of women in the field at that time, encouragement she expressed immense gratitude for throughout her life.

Marie joined the Canadian Air Force Reserve during university years to help pay tuition, additionally working at Kodak and a Women's College Hospital where she also lived. She graduated from the University of Toronto in 1962, one of only seven women in her class. She went on to an internship & residency at Cook County Hospital in Chicago, and from there to a general surgery residency at St Mary's Hospital in San Francisco -- where she would meet her future husband, anesthesiologist Ludwig Breiling -- then on to a plastic surgery residency at St Francis Hospital in San Francisco, finally receiving her certification from the American Board of Plastic Surgery in 1975.

She and Ludwig married in San Francisco on August 25th, 1967 and subsequently moved to the Santa Cruz area. She began her private practice in plastic surgery in 1970 in partnership with Dr Rodney Lowe, with Dr Fred Tomlinson joining them a few years later, practicing uninterruptedly until her retirement in December 2018 at the age of 80.  In addition to her 20+ year partnership with Drs Lowe & Tomlinson, she maintained active memberships in a host of medical associations as well as hospital & surgery center staff memberships, appointments, and elected positions, and served as an investigator and expert witness for a number of breast implant studies and FDA panel hearings. In 1976 she along with Dr Tomlinson founded one of the first Medicare-certified surgery centers in California called Plasticenter. Marie was very active in the state association for surgery centers and many of the current rules and regulations in existence today are due to her leadership and advocacy back in the 1970s. As the story goes it was over lunch in the mid 1980s with Sister Julie Hyer (the CEO of then Dominican Santa Cruz Hospital) that a deal was brokered to create one of the first hospital-physician joint venture surgery centers.  She held active leadership roles at Santa Cruz Surgery Center through the years as well as serving as President of the California Society of Plastic Surgeons in 1996. In her final years of practice she served as the board chair of the Santa Cruz Surgery Center and worked closely with her colleagues on a daily basis to ensure the continued success of the center, much to the gratitude of the many employees who worked at the center over the years, along with the thousands and thousands of patients that received care thanks to her forethought and ingenuity early in her medical career.  After so many years of active practice it was almost impossible for her to go anywhere around town without a former patient recognizing and thanking her.

Despite her full professional life she also was a committed and loving wife & mother who made her Catholic faith a resounding priority in her and her family's lives, encouraging all of her children in their studies and athletic and vocational aspirations. She had a wonderful sense of humor and her generosity of service expressed itself in such diverse ways, from volunteering with Fr Sullivan and the Penny Club offering free tattoo removal for former gang members to her lifelong efforts on behalf of protecting the unborn to volunteering with the medical team on the occasion of Pope John Paul II’s visit to the Bay Area in 1987. Her work ethic was unparalleled, she never held a grudge, she and her faithfulness were such a gift to us all and we thank God for her and commend her to Him in hope and love.

In lieu of flowers donations may be made in her name to the Jesus, Mary, & Joseph House or the Shrine of St Joseph, where a solemn requiem funeral mass will be said for the repose of her soul, Saturday January 23rd at 1pm, 544 West Cliff Drive, Santa Cruz, all are welcome. Services will be streamed over the internet for those unable to attend in person. Friends and family are invited to pay their final respects on Friday from 2pm-4pm at Benito & Azzaro Pacific Gardens Chapel for a visitation and time for personal prayer. Pictures and memories for the online photo collection can be sent to marie@vernonsplace.net.

To send flowers to the family or plant a tree in memory of Marie Pletsch-Breiling, please visit Tribute Store
Friday
22
January

Share Your Memory of
Marie
Upload Your Memory View All Memories
Be the first to upload a memory!
Share A Memory
Send Flowers
Plant a Tree