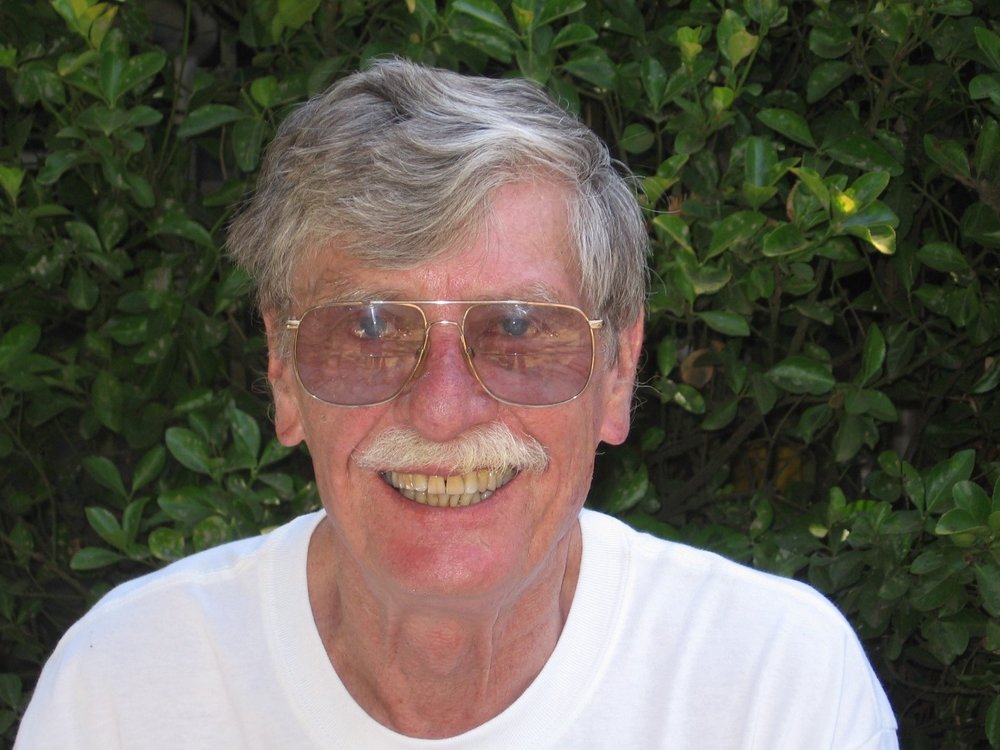 Hank Pielage was born on August 12, 1933 in Los Angeles California.

His early life contained some heartache as his father Ferdinand died in 1936, and the family had to be split up for some years until his mother re-married and brought the family back together.

Hank had lifelong love of aviation. At 17 he enlisted in the Air Force, volunteered for an undisclosed assignment, and then spent the Korean conflict as a radio operator in Puerto Rico.  Hank made 900 friends in one day while stationed in Puerto Rico, when his mother sent him an entire wheel of hard-to-find cheese; which was generously sliced and then slivered so that nearly every Airman at the base got a taste!

After the Air Force, Hank enrolled at UCLA, received his bachelor’s degree in electrical engineering, met and married Dorothy Weiner (now Tala Lindaro) in 1959, started work at General Electric in San Jose California, and became a father.  In 1965 he received his master’s degree in electrical engineering from Santa Clara University. Hank later left GE for consulting engineering and program management positions at Nuclear Services Corporation and Entor Corporation.  For decades Hank’s primary responsibility was the engineering of lightning protection systems for nuclear power plants.  This work took Hank to many ports of call in the US and abroad.

The kids remember Hank getting on his Ham radios and connecting with other Hams around the world using Morse code and his telegraph key. Starting in the 80’s Hank served as the radio officer for the Civil Air Patrol, and as part of the amateur radio emergency support for the Santa Cruz County Emergency Services.  His call sign was K6ITM. Hank also obtained a private pilot license and instrument rating, and flew search and rescue missions for the Civil Air Patrol.

In 1980 Hank and Tala divorced, and Hank began a long relationship with Janette Mae Morgan in 1983. The two were married in 1992.  They shared the family home near Scotts Valley with many pets over the years and enjoyed traveling when they could. Hank worked as an independent electrical engineering consultant and Jan as a bookkeeper until they both retired in 2010. After retirement they continued to live quietly in the red house on Glen Canyon Road.

Hank is survived by both his first wife Tala, and his second wife Jan, his sister Fran, his 5 kids, and 4 grandkids. Per his wishes as an Air Force Veteran he will be buried at the San Joaquin National Cemetery in Merced County California.

To send flowers to the family or plant a tree in memory of Henry Pielage, please visit Tribute Store

Share Your Memory of
Henry
Upload Your Memory View All Memories
Be the first to upload a memory!
Share A Memory
Send Flowers