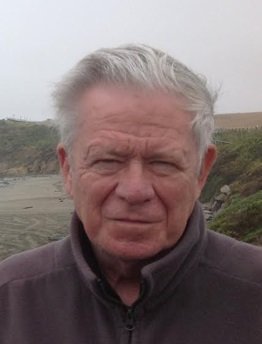 George was a very versatile teacher, educating students from first grade through college. George started his career at Hillsboro High School in NH, followed by a cross country move to Greenfield School District in  Greenfield, CA and then another move to Cheyenne Eagle Butte Bureau of Indian Affairs School in Eagle Butte, SD. A career change led him to administering Red Cross and Loma Prieta Earthquake funds in Santa Cruz, CA, followed by working for the Community Action Board. Upon the death of his beloved wife, Mary, of 39 years, he entered St. Patrick’s Seminary and was ordained a Roman Catholic priest for the Diocese of Monterey, CA. George was assigned to Santa Rosa Parish in Cambria, CA, Old Mission Church in San Juan Bautista, CA, and as pastor at St. William’s in Atascadero, CA. George retired to Star of the Sea in Santa Cruz, CA. His family wishes to thank the staff of Valley Haven for their compassionate care of George in his twilight years. Memorial donations may be made to Our Lady Star of the Sea, 515 Fredrick Street, Santa Cruz, CA 95062.

To send flowers to the family or plant a tree in memory of George Batchelder, please visit Tribute Store

Share Your Memory of
George
Upload Your Memory View All Memories
Be the first to upload a memory!
Share A Memory
Send Flowers