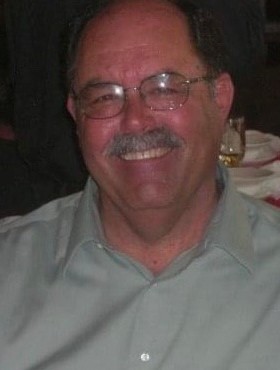 Michael Frank Schwab, suddenly passed away at home on January 8th, 2021. He was 70. He was born in Chicago, Illinois on March 4th, 1950 to Frank and Flora Lee Schwab. When he was four his family moved to Santa Cruz, Ca. Mike graduated from Santa Cruz High in 1968. He worked as a wholesale butcher from 1971-1994. He transitioned into sales and worked until his retirement in August of 2018 from Ledyard-Performance FoodService. Mikes passion was model railroading. His talent and creativity showed in his layouts. He spent countless hours focusing on the finest details that brought his train room to life. He had visitors from all over come see his layout. He was published in various train magazines and his photos of his layouts won multiple contest. It was a true work of art that can't be explained in words. Mikes other passions was sports. He was a 49er and San Francisco Giants fanatic. He never missed a game and talking sports was a common conversation when he was around. Mike had a larger then life laugh and a sense of humor to go with it. He was a hard working, loving and devoted husband, father, papa and friend. He is survived by his wife of 49 years Toni Schwab, his daughter Kerri Johnson (Brett Johnson), Son Jeff Schwab ( Kristi Gonzales ) his mother Flora Lee Schwab, Brother Frank Schwab, granddaughter Megan Major along with 5 sister in laws, 4 brother in laws and numerous nieces and nephews. He is proceeded in death by his father Frank Schwab and his grandparents Michael and Frances Issel, and Zolton and Julia Schwab. Mike was a member of Twin Lakes Church of Aptos .A celebration of life will be planned at a later time when friends and family can gather to honor him., Donations can be made to the American Heart Association and Second Harvest Food Bank, Watsonville

To send flowers to the family or plant a tree in memory of Michael Schwab, please visit Tribute Store

Share Your Memory of
Michael
Upload Your Memory View All Memories
Be the first to upload a memory!
Share A Memory
Send Flowers