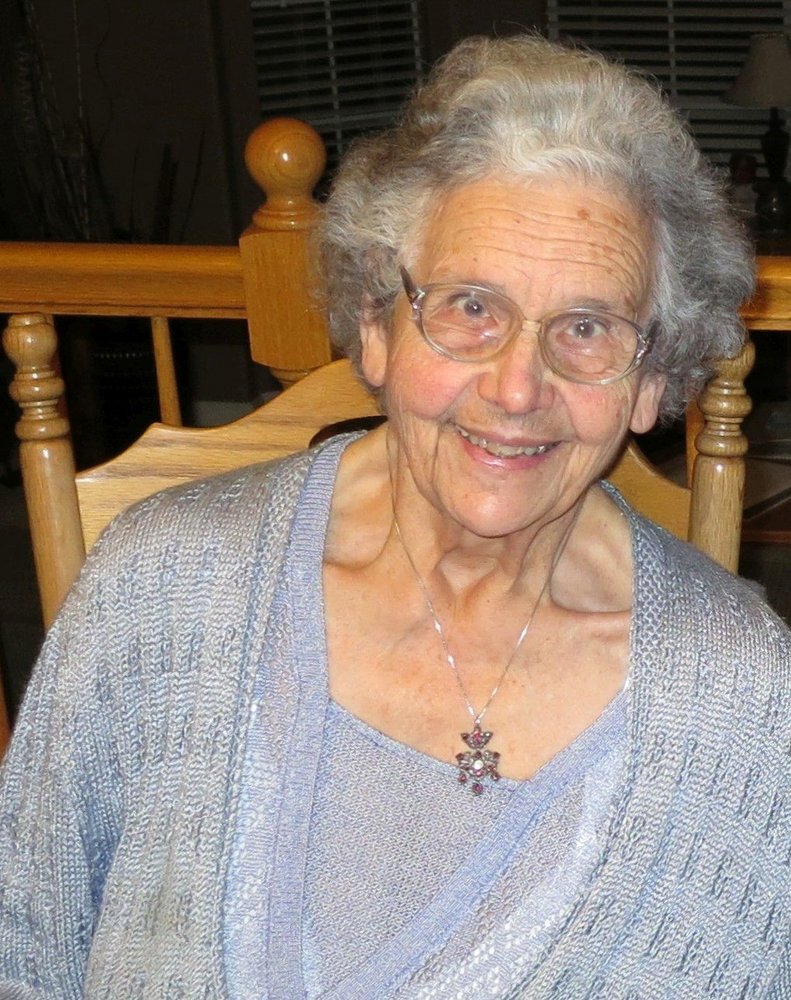 The Mass of Christian Burial will be celebrated at St. Joseph’s Catholic Church in Capitola, Tuesday, March 9th at 11:30 am for Emma Hoehenrieder who passed away at her home in the loving arms of her husband Franz.  Born in Munich, Germany, she was 95 years old.  Emma moved from Munich to Santa Cruz in 1956, and began working in the office at Good Shepherd School where her three children attended.  Emma cherished the many lifelong friendships made within the Catholic community in Santa Cruz.

Emma was an accomplished knitter who created hundreds of baby jackets, hats, and blankets for newborns.  The Public Health Nurses and Santa Cruz County Churches Layette Group were ever thankful to Emma and her talents so that no child went home unclothed.   Emma was very proud to often see her creations years later on other newborns, and she continued her knitting up until her final days.

Emma was a devout parishioner of St. Joseph’s Catholic Community and was church secretary for over ten years. Emma was instrumental for decades in the church’s outreach ministries to the elderly; retiring officially from those duties at age 93.

Emma created delicious dishes for her family, using old world recipes. We will especially miss her potato pancakes and Spätzle.

She was a loving wife to Franz Hoehenrieder, and the couple would have celebrated their 65th anniversary in June.  Emma also leaves her daughter and son-in-law, Emmy and Jack Sohriakoff of Corralitos; her sons and daughters-in-law, Werner and Nancy Hoehenrieder of Fremont, and Rolf and Carrie Hoehenrieder of Roseville.   She also is survived by five grandchildren and one great grandson with another great grandson expected in April.

Following the Mass at St. Joseph’s Catholic Church, she will be laid to rest at Holy Cross Cemetery in Santa Cruz.  Any kind acts of charity can be made in her memory to Dominican Hospital.

To send flowers to the family or plant a tree in memory of Emma Hoehenrieder, please visit Tribute Store
Tuesday
9
March