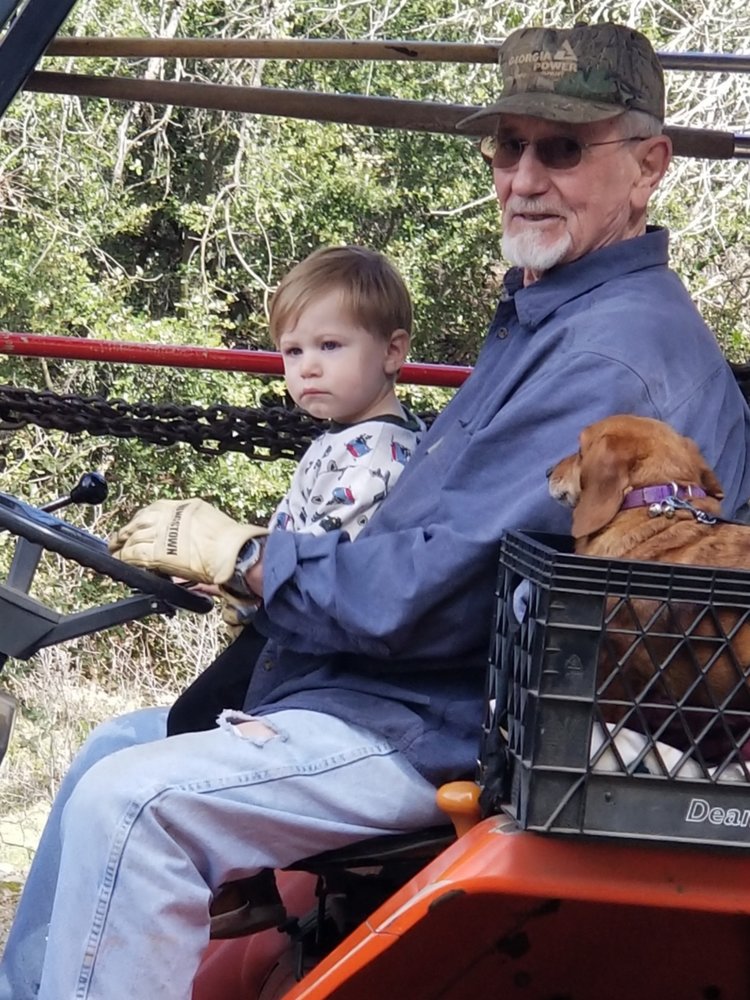 Elzie "Wayne" McAdams of Oakhurst, CA passed away peacefully Sunday morning on March 14, 2021 with his family by his side.  Wayne was born in San Bernadino, CA on May 31, 1938 to Elzie Polk and Ellie Lee McAdams (Butler).  Wayne served in the United States Air Force from 1956-1960. While stationed  in England he met and married the love of his life Phyllis.  Wayne and Phyllis moved back to Los Angeles, CA in 1960 later moving to Boulder Creek & Felton to raise their family while Wayne worked for the US Government Department of Defense.  In 1986 Wayne & Phyllis transferred to St. Mary's, GA where Wayne worked as Division Director of Quality Assurance SWFLANT, they resided there until 2001 when they moved back California settling in the Oakhurst area.

Wayne loved being with his family, golfing with his buddies, camping in the Monaco and traveling cross country.  He loved working around the property and driving his tractor with his faithful companions Prissy & later Cassie riding in the milk crate basket beside him.

Wayne is preceded in death by his parents Elzie (Pop) and Ellie and daughter Terri.

Wayne was a man of faith and loved our Lord and Savior, his wife and his family.  He may be gone but will never be forgotten.....he will forever live in our hearts.

Share Your Memory of
Wayne
Upload Your Memory View All Memories
Be the first to upload a memory!
Share A Memory