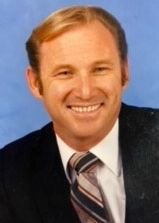 Services will be held in Santa Cruz on Tuesday for Rev. William Carlsberg who passed away on March 20, two days after celebrating his 77th birthday. His loving family was at his bedside at the time of his passing.
Born in Sacramento to Adolphe and Virginia Carlsberg, his schools form Kindergarten through High School graduation included Carmichael School District, Nevada Union High In Grass Valley, and Hiram Johnson In Sacramento.

Five days after graduation from High School, he enlisted in the United States Air Force.  During his service, he married Sharon Joyce Peek (his Jewel) and was blessed with the births of Steven Wayne, and Teresa Lyn.  Following his honorable discharge from the Air Force, he worked at Holiday Markets in Sacramento until a call to the ministry occurred with a change of direction.

Rev. Carlsberg’s first ministerial position with the Pentecostal Church of God as Associate Pastor in Fairfield, Ca under Rev. Don Crandall. Bill, as all affectionately knew him, continued his ministerial call by attending the Pentecostal Bible College in Livermore, California while financially supporting his family by working at Safeway Markets.

His first Senior Pastor position took place in East Linda, CA at Glad Tidings Church. He was heavily involved in community outreach and was Chairman for the Yuba Sutter Health Council.  A following assignment took the family to Sacramento as the elected District C.E. Director and P.Y.PA. President for the Pentecostal Church of God Northern Californian and Nevada. A change in organizations to the Assemblies of God sent him to Macdoel, CA as Senior Pastor.

Bill and his loving wife Sharon were residents of Santa Cruz County for 28 years. His career as a pastor spanned over 40 years with local appointments at Soquel Church of Grace in Soquel, where he operated the church’s daycare, and providing both the master plan and building the church parsonage.

His commitment to human kind extended beyond the church as Bill served on the Board of Directors for Second Harvest Food Bank, and as a board member of Loaves and Fishes in Watsonville.  Bill was instrumental in directing the installation of a walk in freezer for the Homeless Shelter in Santa Cruz, and served as a director for Santa Cruz County’s Love Inc. Chapter.  Bill’s last pastoral position before retirement was at Christine Fellowship Center in Santa Cruz. During his tenure there, the church was remodeled and a fellowship hall was constructed. He served on the Santa Cruz Civil Grand Jury and was voted in as the Northern California/Nevada Vice Chair for Fil Am Fellowship.

He was preceded in death by his jewel, Sharon Carlsberg on May 13, 2016.
The funeral ceremony will be on Tuesday March 30, 2021 at Benito and Azzaro Pacific Gardens Chapel beginning at 2 p.m.  He will be laid to rest with military honors, beside his loving wife, at Sacramento Valley National Cemetery in Dixon, CA.

To send flowers to the family or plant a tree in memory of Bill Carlsberg, please visit Tribute Store
Tuesday
30
March