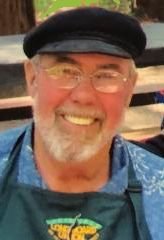 Services will be held on Friday, May 28 for Thomas Collins who passed away at his Scotts Valley home at the age of 78, with his loving family at his bedside.  Born in Palo Alto, California, he attended Palo Alto High School. His dedication to his country began by enlisting as a Seaman Recruit with the US Naval Reserves, followed by 4 years in the U.S. Air Force.
Mr. Collins was a proud member of Iron Workers Local #377 in San Francisco.  His career spanned more than 35 years in the Bay Area, as he was involved in the construction of many high-rise buildings that now shape the skyline of San Francisco, and surrounding cities.
Many memories will continue to be cherished of his love for the ocean. He was an avid angler, and waterman; continuing to go abalone diving following his retirement.
He will be remembered for his generosity of time and knowledge in helping friends with most anything, being the first one there.

Mr. Collins is survived by his wife of 56 years, Patricia Collins of Scotts Valley; his daughter, Michell Ann Collins and her daughter, Samantha. Along with his son, David Collins and his son, Logan. He also leaves his two brothers; Lloyd Collins of Campbell, and John Collins of Vancouver.
His infant son, Dwayne, preceded Mr. Collins in death.
We invite friends and family to gather on Friday May 28, 2021 at Benito and Azzaro Pacific Gardens Chapel for a memorial ceremony beginning at 11 a.m. followed with a gathering at the Santa Cruz Yacht Club.

To send flowers to the family or plant a tree in memory of Thomas Collins, please visit Tribute Store
Friday
28
May