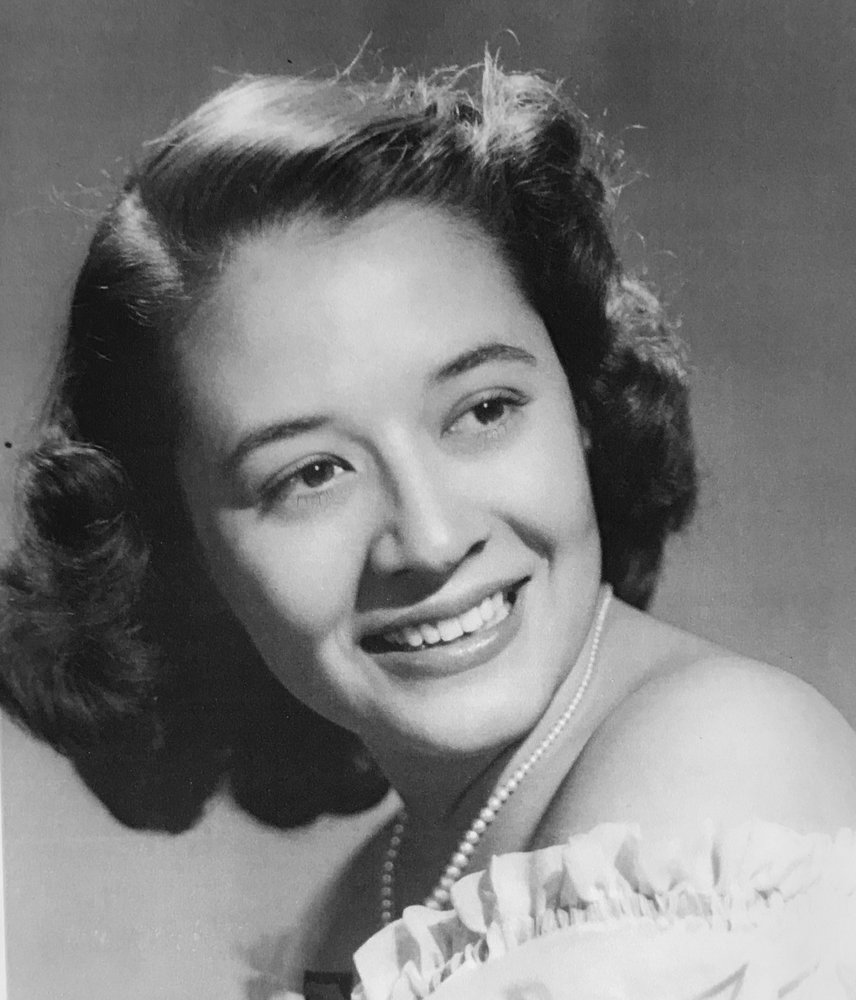 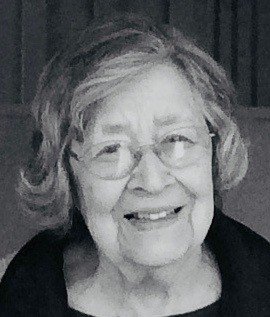 Yolanda passed peacefully in her bed surrounded by her children. She was married 67 years to the love of her life, Chris J. Dybdahl, 59 of those years in the Santa Cruz house they designed together, until the time of his passing in 2014. She was able to live her remaining years at home assisted by her daughter Adele and son-in-law Tom Kimple who moved in when Dad's health was declining, and more recently by son Mark who moved in this last year.
Yolanda was born in El Paso, Texas, third eldest of eight children, to Librada Holguin and Francisco Addeman. Her parents and grandparents had immigrated from Hidalgo del Parral, Chihuahua. Her maternal grandfather purchased his home and an adjacent former schoolhouse that eventually became a home for the growing Addeman family. She had happy memories of the yard where they could play and read under the fruit trees during the hot Texas summers. Her family spent time in Juarez visiting her paternal grandmother who lived and owned a store there. Juarez was also a destination for her, her friends and her family for shopping, dining and dancing.
After graduating high school, Yolanda worked to help support her family.  “The most profitable job of my life,” she would tell us, “was teaching Spanish at William Beaumont Army Hospital (Reconditioning Educational Unit) where I met a young Army MD from Colorado”. Courtship continued through letters while Chris was posted in Manila, with marriage fast upon his return in 1947.
Relationships with physicians from Chris’ time in the service and his residency drew them to Santa Rosa and eventually to Santa Cruz in 1950.  In 1953 Dr. A. E. "Chic" Allegrini asked Chris and four other physicians to join him in creating the Santa Cruz Medical Center to be established at 1700 Mission St. on the west side where there was a distinct absence of doctor offices.
For her part, Yolanda became a founding member of the Dominican Hospital Auxiliary (1955) and by the time she retired in 1997 she'd volunteered over 20,000 hours.  Also a member of  Dominican Hospital’s Advisory Board for nine years, and on Dominican’s Foundation Board for 32 years, she was proud of her instrumental role in the development of Dominican Oaks. A similar complex in Santa Rosa had been developed by a lifelong friend and she introduced the Dominican Board to its architect who then designed Dominican Oaks.
Yolanda was a Trustee on the UCSC Foundation Board, serving for ten years.  She served on the SC County Grand Jury and was recognized as 1973 Woman of the Year by SC Chamber of Commerce. Yolanda, whose native language was Spanish, independently tutored school children in English and would make weekly evening visits to the families at the Buena Vista Migrant (Labor) Camp to help as needed.
Yolanda was predeceased by grandchildren Jon Paul aged 12 and Nicholas Joel aged 34, both passing from cancer. She is survived by her children Adele (Tom) Kimple, Chris (Rossanna), Erik (Nancy), and Mark Dybdahl, her grandchildren Paul (Kate), Jeremy (Kelly), Adam (Jessie), her great-grandchildren Corban, Dominic, Parker and Abby. She was lovingly close to Tom's children Kevin (Sheri) and Paul (Marleen) Kimple, and their children and grandchildren.
Yolanda was an inspiration for us — always grateful for her blessed life, for the love of family and friends, for opportunities to help and share her wisdom, humor, and love with others.
She was a voracious reader. The Sentinel, the Chronicle, and the Wall Street Journal shall miss their quiet extended breakfast time with Yolanda, as shall we.
In lieu of flowers, please consider making a donation to your favorite charity.
Mass and memorial gathering will be held at Holy Cross, Monday August 23, 11:00am.

To send flowers to the family or plant a tree in memory of Yolanda Dybdahl, please visit Tribute Store
Monday
23
August