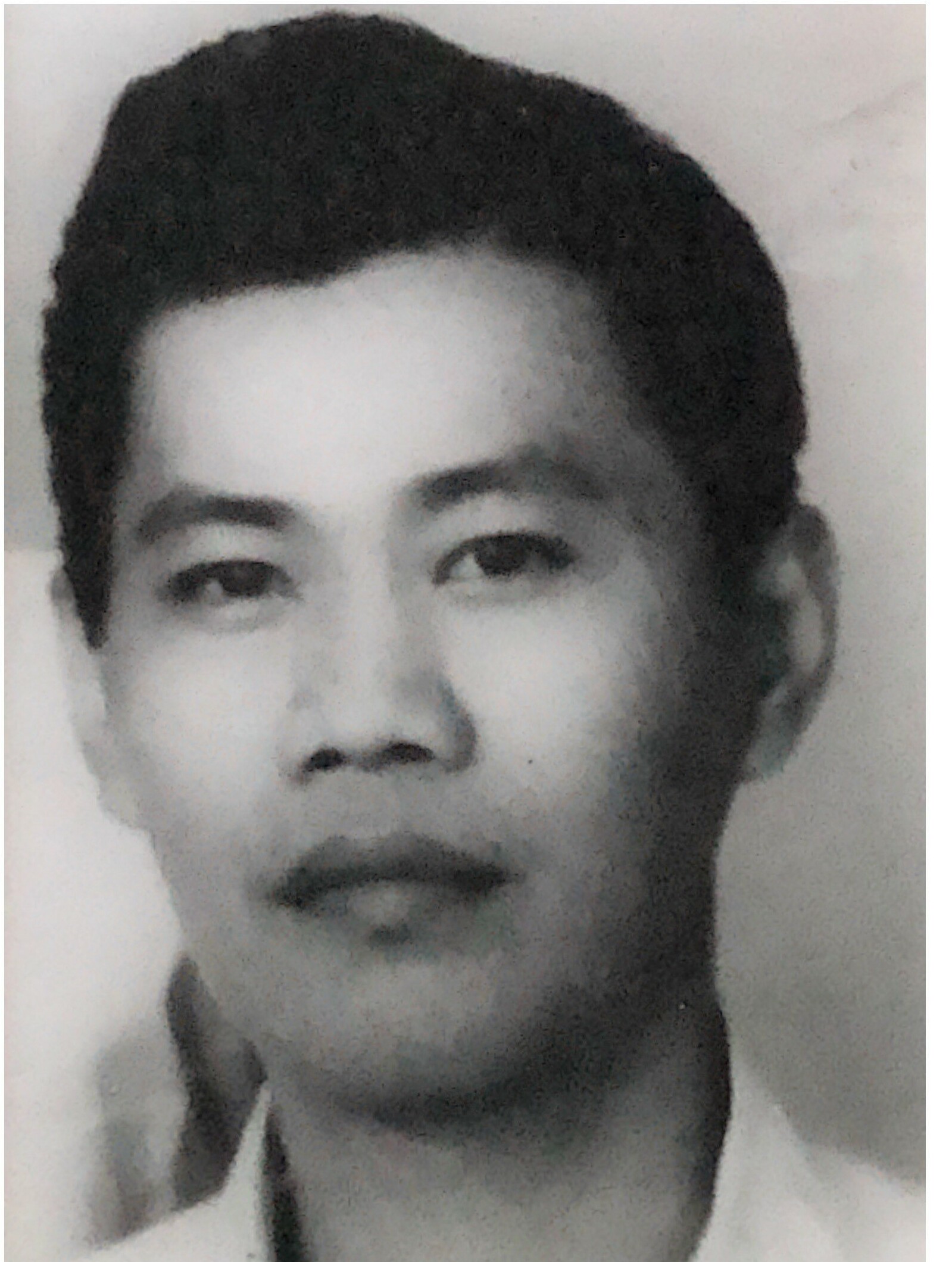 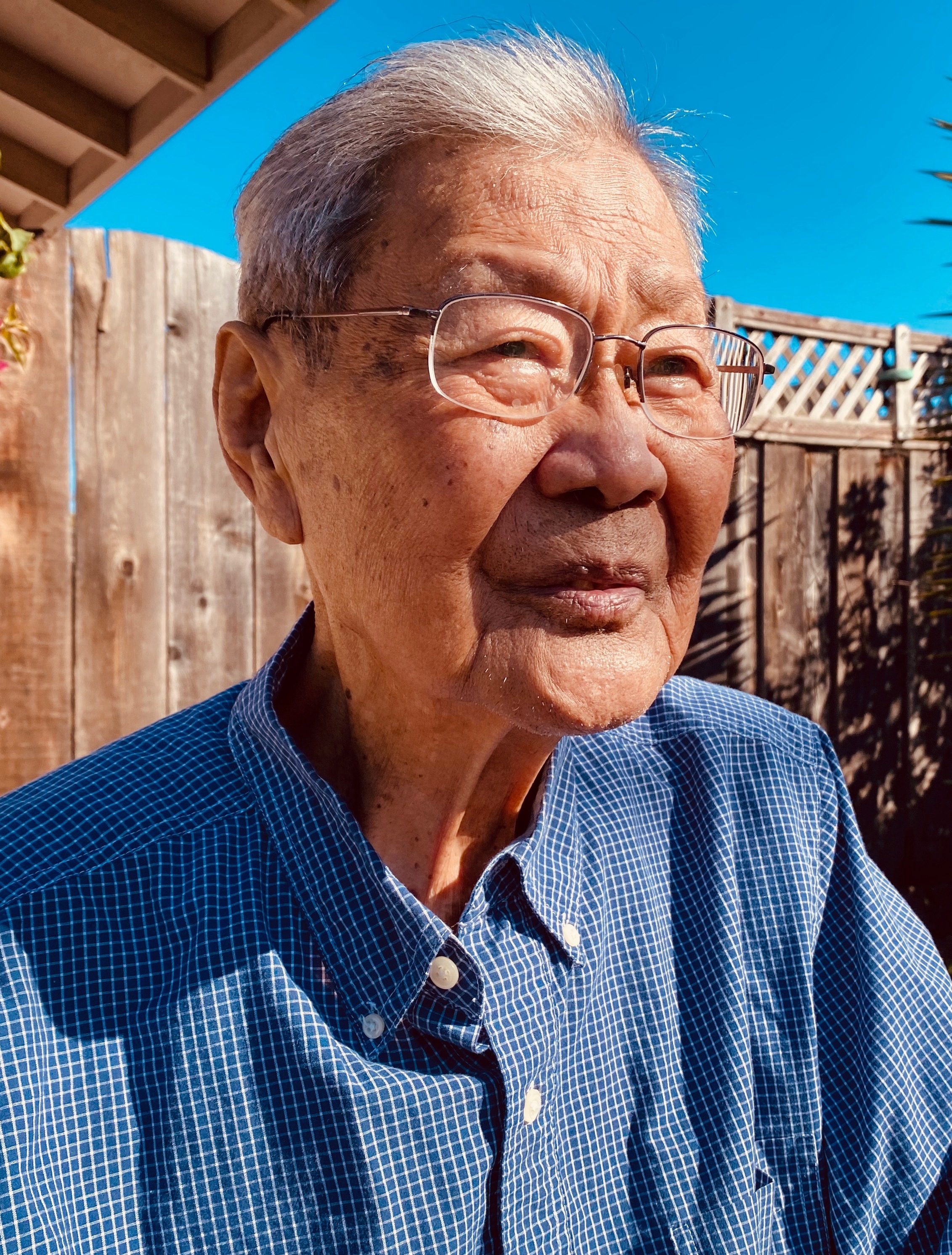 Honisimo “Omy” Braga passed away peacefully on August 30, 2021. Omy was born in the small town of Burgos, in the Philippine province of Pangasinan on September 12, 1925, to Victoria Boque Sales and Miguel Rodolfo Braga. The eldest child of teachers, Omy excelled in school, and had a deep love for history and math. Omy was a role model to his six younger siblings, Vevincio, Wilfredo, Justo, Pilar, Maria Luisa, and Frenie.

His formative years were heavily shaped by the Japanese occupation of the Philippines during World War II, when his family was forced to flee their village and live in the mountains to evade capture. In the few times Omy spoke of the occupation, he described trading in his schoolwork for rifles in order to protect his family.

“Family” was really important to Omy. In one conversation, he said, “My family stuck together, as family love is a love you don’t want to break.”

When he was 17, Omy and his family moved to Manila, where he attended Far Eastern University and the Philippine Law School.

In Manila, Omy became a census worker for the Philippine Statistics Authority, a position that led him to travel all over the Philippines. It was during one of those work trips that he met his future wife, Edna Castillo. Omy and Edna married in 1950. After his job with the Census, Omy also worked for the Philippines’ Social Security System for 17 years, eventually working his way up to manager.

Upon immigrating to Santa Cruz, California, in 1972, Omy worked as a clerk for the Santa Cruz county government. He didn’t like the sedentary nature of his office job, so became a postman, which enabled him to stay active at work. He stayed with the U.S. Postal Service until his retirement 17 years later. Omy was a penultimate civil servant, and truly believed in the greater good.

Omy fostered community—the sense of family, even among strangers—wherever he went. In Santa Cruz, served as the Filipino-American Club’s longest president from 1977-1986, and 1993-1994. Meetings were held in the Santa Cruz Portuguese Club Hall (CPDES). Using their acronym, he also spearheaded CPDES, Community Pilipino Dance Every Saturday, a weekly social event geared towards Filipinos in the Santa Cruz area, which attracted participants from as far as San Jose and Salinas. He also was a champion bowler, and played weekly in a league alongside his wife. Omy and Edna were longtime parishioners both the Holy Cross Church and Shrine of St. Joseph Guardian of the Redeemer Church in Santa Cruz, California.

Overall, Omy’s greatest community was the one he fostered within his own family. His greatest accomplishment, as he would say, was his large and loving family.

Omy is survived by his sisters, Maria Luisa Miranda, of North Royalton, Ohio and Frenie in Marbel Coronadal, Philippines; three sons, Samuel and Ephraim of Fresno, California, and Joel of Santa Cruz, California; two daughters, Elizabeth Millares of San Jose, California, and Gemeline Calingo of Angeles City, Philippines, and their spouses. He is also survived by his 15 grandchildren, 15 great-grandchildren; 7 nieces and nephews, and 19 grand nieces and nephews.

He was preceded in death by his wife of 70 years, Edna; his parents, Miguel and Victoria; his siblings Vevincio, Wilfredo, Justo, and Pilar; and his daughter-in-law, Nerisa.

The family would like to thank the compassionate staff at Kaiser Permanente Santa Teresa Hospital, and  extend their appreciation to the nurses and CNAs from Grant Cuesta Sub-Acute and Rehabilitation Center that gave him great loving care.

To send flowers to the family or plant a tree in memory of Honisimo Braga, please visit Tribute Store
Thursday
16
September

Share Your Memory of
Honisimo
Upload Your Memory View All Memories
Be the first to upload a memory!
Share A Memory
Send Flowers
Plant a Tree