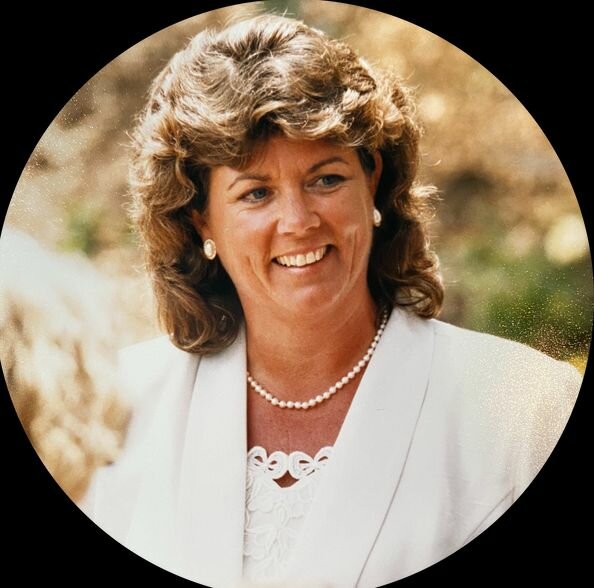 Kimberly S. Mel passed away peacefully at her home in the evening of August 16 after a long battle with cancer. She is survived by her husband John; her son Peter; and her grandson John, along with many loving siblings, nieces and nephews.  Kim was preceded in death by her parents Robert and Jean Sartorius; her sister Leigh; and her infant brother Steve.

Kim was born on May 28, 1948 in New Jersey and moved with her family to California in the early 60’s. She graduated from Chadwick School in Rolling Hills in 1965 and went on to attend USC for one year before marrying John in 1968.  The couple moved to Oahu, Hawaii then to Santa Cruz where Kim has resided ever since.

After Peter was born, she attended Cabrillo College and later graduated from UCSC.  Kim then decided to pursue a career law and attended Golden Gate University in San Francisco. Successfully passing the bar, she worked for several years in the District Attorney’ Office specializing in child support enforcement.
Kim transferred to child support services and continued her working there until retiring in 2008. During her career, she served as president of the California Family Support Council and worked with district attorneys, private attorneys, and legislators to educate them on the benefits of the program. She actively participated in writing many new laws to benefit children and was honored in 1998 with a lifetime achievement award for her work at the state and county level.

Throughout this time, Kim was also an integral part of the family business- Freeline Design Surfboards, which first opened in 1969.  The shop is still going today under the guidance of Peter and his wife Tara.  Kim was an active member of the surf community and volunteered her time helping many organizations including Santa Cruz Longboard Union, the Pleasure Point Night Fighters, and the Santa Cruz Surfing Preservation Society.

Kim’s passion for travel led her to see many parts of the world via cruises and treks to Mexico, New Zealand, and Australia. A private celebration of Kim’s life will be held at a later date. An act of charity in Kim’s memory can be made to Hopsice of Santa Cruz County.

To send flowers to the family or plant a tree in memory of Kim Mel, please visit Tribute Store

Share Your Memory of
Kim
Upload Your Memory View All Memories
Be the first to upload a memory!
Share A Memory
Send Flowers
Plant a Tree