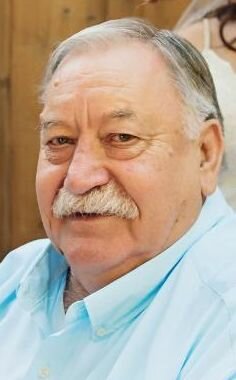 At 76 years old, Darrel Lee Brown, a beloved husband, father, and grandfather, died suddenly in his Aptos home on October 9, 2021.
On November 9, 1944, Darrel was born to Willis Oswald Brown and Francis Marie (Lindley) Brown in Hanford, California. He moved with his family to Santa Cruz, California; then, a short time later, he moved to Pescadero, California, where he attended Pescadero Elementary and Pescadero Union High School. He grew up on the Milky Lane Ranch in Pescadero, where he helped with the family dairy farm.
Darrel left the Dairy farm and moved to Santa Cruz with his high school sweetheart, Sara. He started working for Pete Wallace’s Septic business, Pete’s Outflow Technicians. He purchased the company from Pete in 1972 and has remained the owner and operator of the Business for 49 years.
Darrel was a devoted husband, father, and grandfather and referred to by many as a father figure. He was known for his loving sense of humor and his playful personality. Darrel enjoyed boating, hunting, and riding his motorcycle. He loved classic cars and watching Nascar with his boys. He was a well-loved fixture of the community and will be greatly missed.
Darrel is survived by his beloved wife of 54 years, Sara Paulette (Jordan) Brown of Aptos, Sons Darren Paul Brown of Santa Cruz, Dean Willis Brown of Aptos, Daughter in Law Melinda Brown of Aptos, and Justin Clayton Brown of Aptos, Sister Dorothy May (Brown) Jones, Grandchildren Gannon Brown of Santa Cruz, Sara Brown of Long Beach California, Jordan Brown of Aptos, and Jack Brown of Aptos, and numerous nieces and nephews. He was preceded in death by his parents, his brothers Loren Willis Brown and Larry David Brown.
Family and friends will gather on Monday October 25, 2021 at Benito and Azzaro Pacific Gardens Chapel beginning at 11 a.m.  The committal will be private.

To send flowers to the family or plant a tree in memory of Darrel Brown, please visit Tribute Store
Monday
25
October