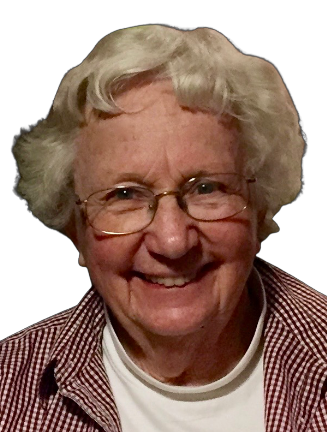 In 1952, the year of the big Tehachapi earthquake, Jane married Dave Boone in the social hall of the church because of the damage to the old brick church.

Jane and Dave moved to Berkeley to complete Dave’s Bachelor degree. When the war broke out Dave joined the Navy to avoid the draft and they were sent to Guam for 2 years.

When they returned stateside they moved to the Bay Area and lived in Orinda for 30 years.

After receiving her Masters in Library Science from the University of California Berkeley, Jane went to work at Diablo Valley College.

In the summer of 1967 Jane arranged for childcare and went back to DVC and then to College Preparatory School as a librarian, which she enjoyed for 17 years.

In 1986 Jane and Dave moved to La Selva Beach to a home that Dave had designed.  They joined the Unitarian Universalist Fellowship of Santa Cruz County in 1989 where they were very active members.

Jane was also deeply involved with the Friday Shakespeare Club of Santa Cruz.

Furthermore, Jane loved to garden & cook and was great at both!

Jane is predeceased by her parents Robert and Dorothy Beckwith and her husband Dave Boone (2009) and is survived by her daughter Christine and her son Kevin and daughter-in-law Deanna, as well as grandchildren: Aiden, Sydney and Megan.

Donations in Jane’s memory can be made to the Unitarian Universalist Association 24 Farnsworth St. Boston, MA 02210. (www.uua.org).

To send flowers to the family or plant a tree in memory of Jane Boone, please visit Tribute Store

Share Your Memory of
Jane
Upload Your Memory View All Memories
Be the first to upload a memory!
Share A Memory
Send Flowers
Plant a Tree