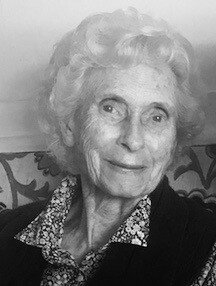 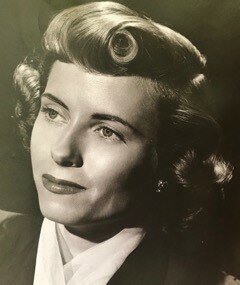 Lila Jean Powell Marvin passed away peacefully in her sleep on October 13th next to her husband of 70 years. Lila Jean was born in Burley, Idaho to Isabel Loveland Powell and William Jennings Powell on December 14, 1924. She was one of nine children who spent their summers hunting and fishing on the Salmon River. Upon graduation from Burley High School she moved to Hollywood and attended Woodbury College. She then worked at Capitol Records in the Royalties and Licensing Department writing checks for Nat King Cole, Johnny Mer- cer, Les Paul, Mary Ford and other stars of the day. Lila Jean met her husband to be, Joe Marvin, at a jazz club in Hollywood, Sardi’s Monkey Room. Joe invited Jean to watch him play for the Bruins in a UCLA -Washington football game at the LA Coliseum the following Saturday. UCLA trounced Washington, 47-26, and love blossomed. Lila Jean and Joe were married in Santa Barbara in May of 1951 and lived in Santa Monica. They later moved to Redwood City where Jean worked for AMPEX and Joe was the football coach at Sequoia High School. They raised their children, Diane, Joe and Melinda and later moved to Pullman, Washington where Joe coached at WSU, and later Cal Berkeley where Jean worked as a secretary for an investment firm and volunteered for the American Red Cross. In 1970 they settled in Aptos, where Joe coached football at Cabrillo College, and Jean planned many victory parties. Upon retirement Jean and Joe traveled to Europe as well as different regions of the United States. For 35 years in a row they attended the Dixieland Jazz Festival in Sacramento where they enjoyed music and dancing with many friends. Jean loved her family and home where friends and travelers were always welcome. Lila Jean is survived by her husband, Joseph G. Marvin Jr., daughter Diane Marvin-Koenig (George), son Joseph G. Marvin III (Ruth), daughter Melinda Marvin-Strong (Paul) and granddaughters, Celeste Marvin-Strong, Sabrina and Wailana Marvin, step-grandson Nicolas Koenig (Purea), great-grandchildren, Manu Koenig (Leah), Maya KoenigCorazza (Stefano), Paul Koenig (Britney), and great-great grandchildren Miró and Ella Corazza and Kolton Koenig. A private service will be held. Donations may be made in Lila Jean’s memory to The Cabrillo College Foundation and Hospice of Santa Cruz County

To send flowers to the family or plant a tree in memory of Lila Jean Marvin, please visit Tribute Store

Share Your Memory of
Lila Jean
Upload Your Memory View All Memories
Be the first to upload a memory!
Share A Memory
Send Flowers
Plant a Tree